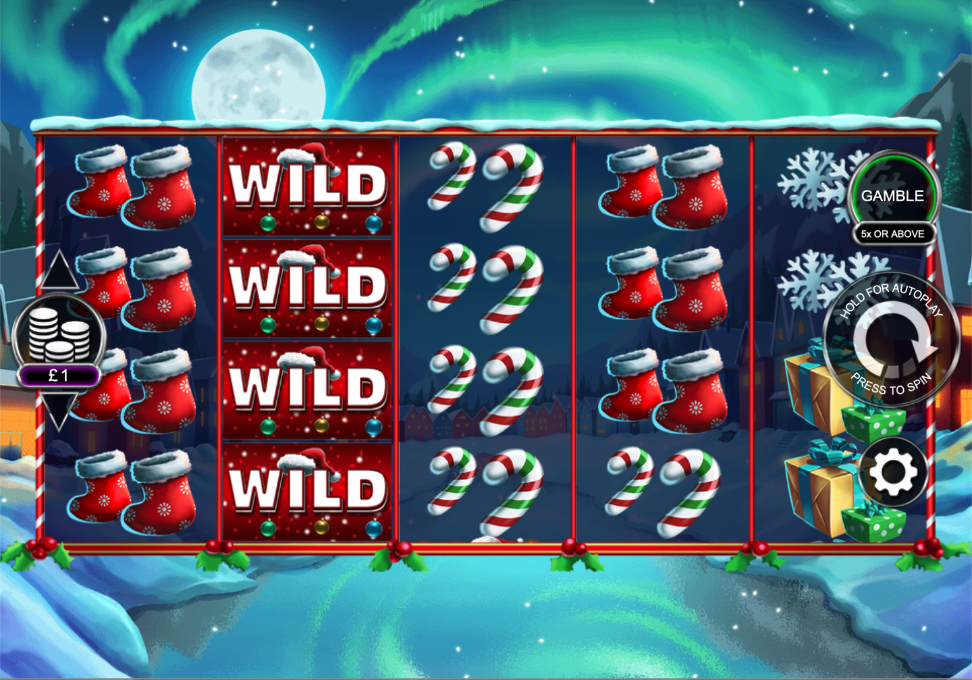 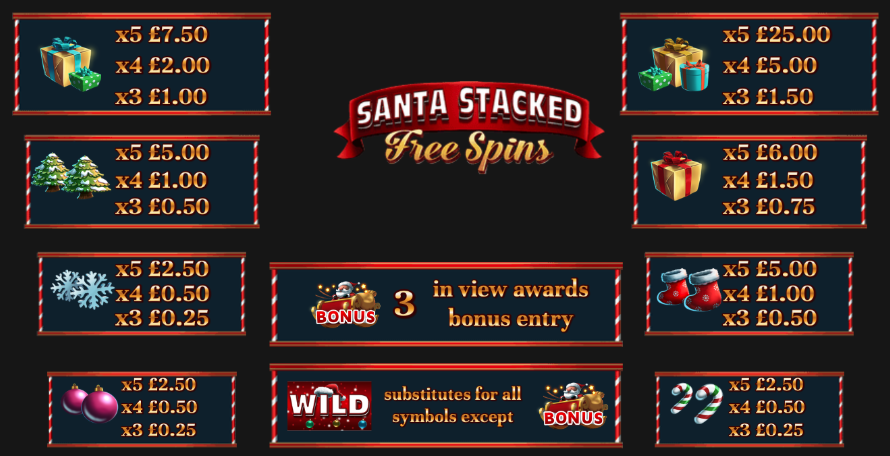 If you’ve previously tried out an online slot called Santa’s Free Spins from Inspired Gaming then you may well also enjoy this updated version from the same developer – it’s called Santa Stacked Free Spins and from £0.20 per spin you can join in the Christmas celebrations.

Santa Stacked Free Spins is a five reel slot with four rows and forty fixed paylines; a full moon and the Northern Lights illuminate a snow backdrop in which the yellow lights of the houses create a seasonal atmosphere.

High value symbols include the three different piles of gifts, Christmas trees, snowflakes, baubles, stockings and candy canes; The ‘Wild’ is wild and appears only on reels two, three and four while Santa in his sleigh is the bonus symbol.

Landing three of the Santa bonus symbols anywhere on reels one, three and five will award eight free spins on a set of reels which are a little different because they will only contain the wild symbol (on reels two to four) and the three most valuable gift symbols shown below. This should result in some higher value wins during this round.

As the name suggests, Santa Stacked Free Spins includes that titular bonus feature but there’s not much else here really – Santa Free Spins is probably the option to play if you’d like a bit more variety.