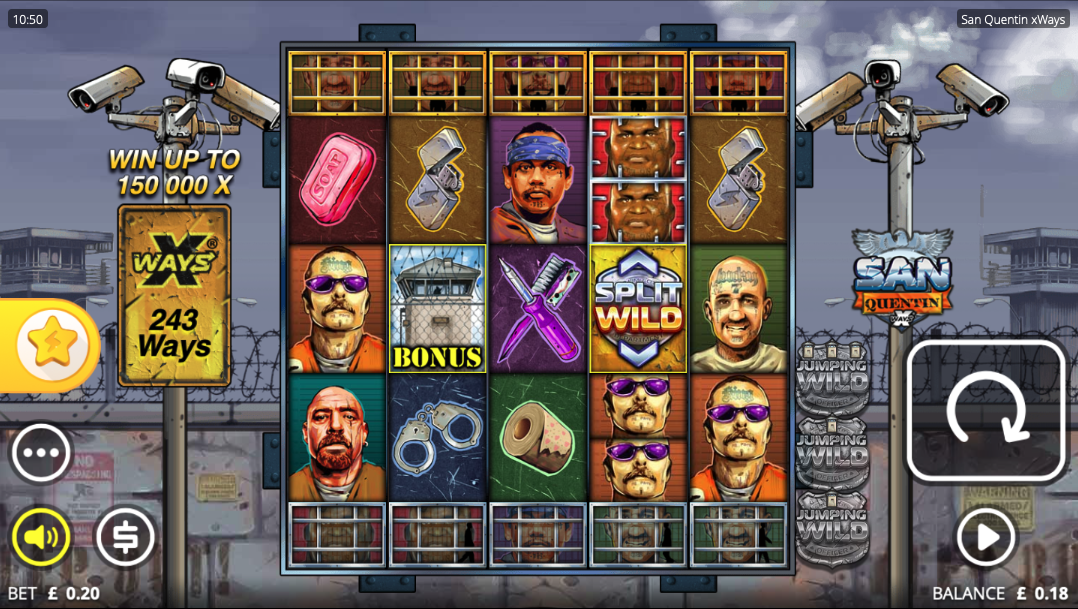 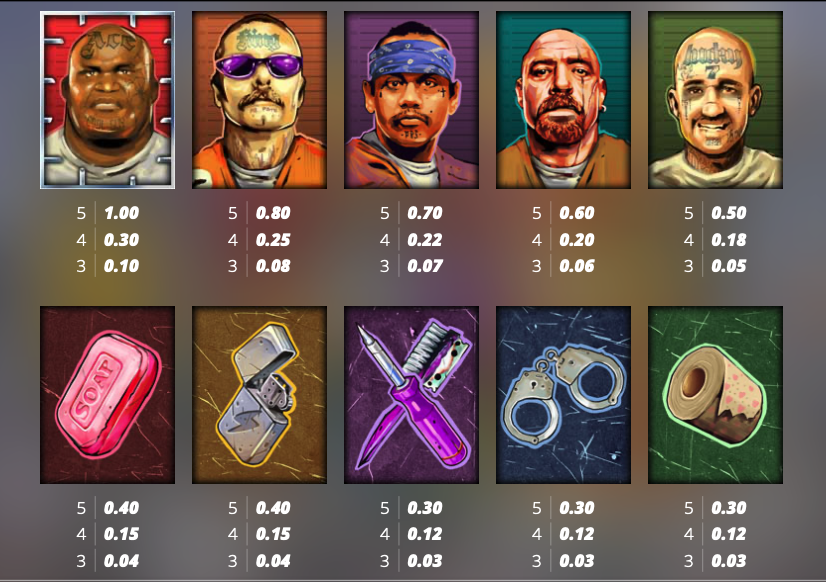 We’d imagine that life in a maximum security Californian prison is not much fun but that doesn’t matter when the inmates and their shenanigans are the theme of an online slot like San Quentin xWays; developed by Nolimit City it comes with Enhancer Cells, splitting wilds and Lockdown Free Spins with Jumping Wilds.

San Quentin xWays is a five reel slot with three rows and 243 ways to win; the high walls, barbed wire and security cameras form the backdrop to those reels which have cell position above and below each one.

The five high value symbols are all scary looking, tattooed inmates while the lower values are a bar of soap, a lighter, a shank, a pair of handcuffs and a toilet roll. The wardens badge is wild and the guard tower is the bonus symbol.

Any wild symbols which land are ‘Split Wilds’ which means that any symbols on the same reel will split into two, increasing the chances of creating a win; the wild symbol itself won’t split.

Landing one or two bonus symbols on the reels will cause the Enhancer Cells above and below to open up and award one of the following rewards:

The bonus symbol will always turn wild itself during this feature.

Landing three, four or five of the guard tower bonus symbols anywhere in view will kick this feature off with one, two or three Jumping Wilds respectively; the reels with the bonus symbols on will now spin again to determine the number of spins awarded plus a multiplier. The Enhancer Cells from the triggering spin will remain active throughout the free spins.

The Jumping Wild(s) will stay on the reels and ‘jump’ to a new position on each spin; it will start with the multiplier awarded on the initial spin and that value will double (up to a max of 512x) each time it lands on a razor Split reel.

Another bonus symbol landing on a reel will open up any unopened Enhancer Cells, award extra spins and then turn wild.

There’s absolutely load going on in San Quentin xWays but it’s not quite as complicated as we may have made it sound; the Enhancer Cells are the main draw and they hit regularly but there are some really big wins in the Lockdown Free Spins also. Crime didn’t pay for those inmates but this slot may prove profitable for you!