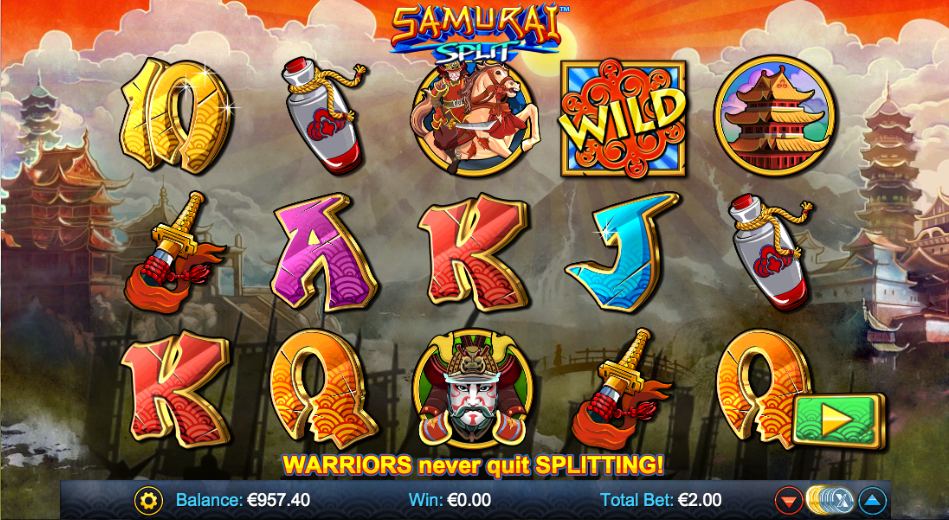 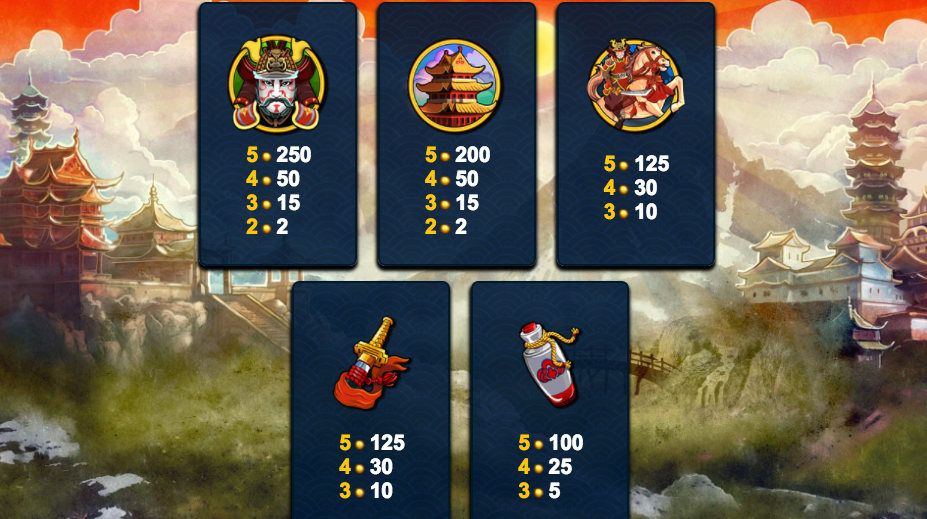 In Japanese culture the samurai were warriors of the ruling classes and throughout hundreds of years of action they would surely have slept soundly knowing that in the distant future they would become the theme of an online slot machine, in this case Samurai Split; it’s developed by NextGen Gaming and you can read all about it below.

Samurai Split is a five reel slot with three rows and twenty five fixed paylines; mountains, temples and battle standards fill an impressive background while the symbols on the reels float freely in front of the looming clouds.

There are five theme-related symbols including the samurai, a temple, a mounted warrior, a sword and a small vial; 10, J, Q, K and A make up the lower values.

The wild symbol is a big, golden ‘Wild’ which will replace all others to help form winning combinations except for the banner scatter icon.

This is where the sword-wielding art of the samurai comes in handy and he may appear on any spin to slice one or more symbols in half, in the process creating more symbols and potentially a bigger win, up to 32x the standard payout.

During any spin J, Q, K and A can be removed from the reels to offer the player the chance for a bigger win.

This is triggered by landing three, four or five of the scatter symbols anywhere in view for which you will receive 5, 10 or 15 free spins; however if those scatters are split by the samurai there are up to 480 free spins available for the luckiest players.

During this round it’s like a Warrior Spin all the way through with J, Q, K and A removed from the reel set and the round can be retriggered with three more scatters.

There’s a stylised, cartoonish feel to Samurai Split which suits the theme nicely and there are also three different bonus features to aim for; it’s an attractive, playable game, it’s good fun to play and it comes with an RTP of 96.63%.