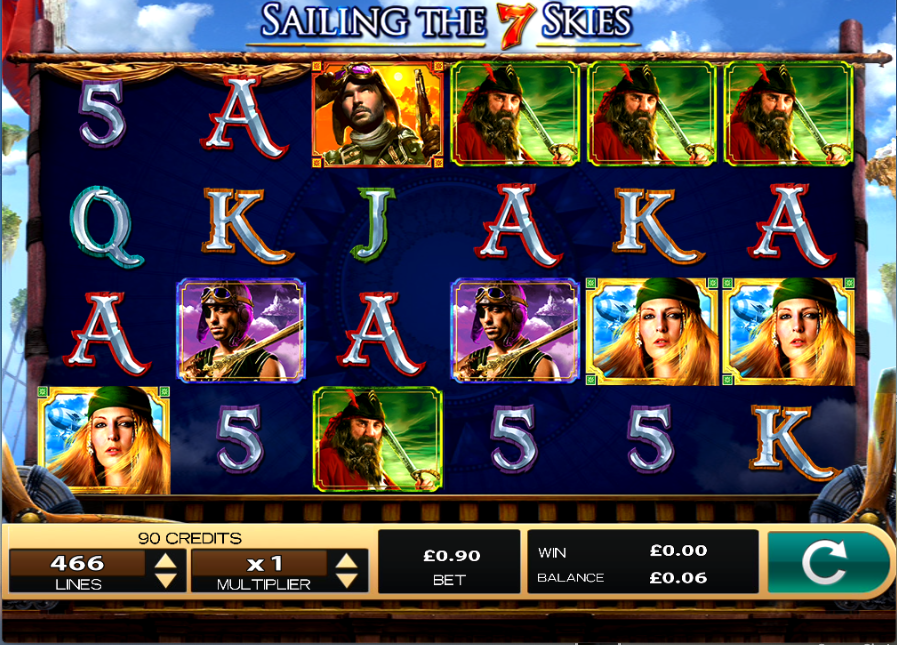 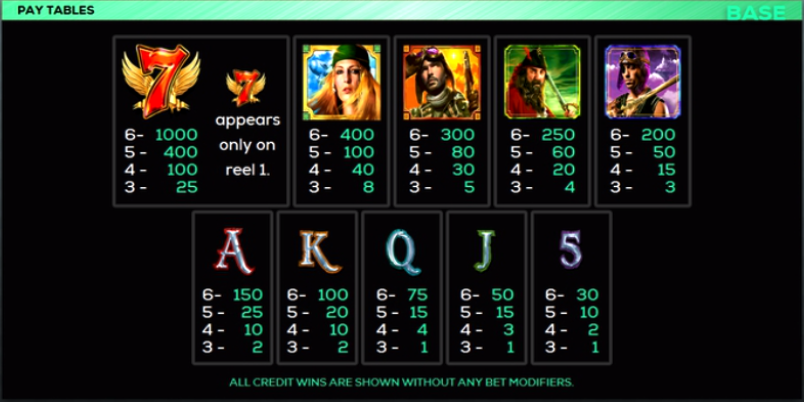 Piracy is a strange life choice, especially when your vessel of choice is an airship rather than a galleon – still, that’s the theme of this online slot from High 5 Games which offers free spins and expanding wilds; it’s called Sailing The 7 Skies and you can read all about it below.

Sailing The 7 Skies is a six reel slot with four rows and 466 ways to win; those reels spin at the bow of this particular flying vessel with floating islands in the background and white clouds punctuating the blue sky.

The higher value symbols include four dangerous-looking pirates from this story with colourful backgrounds; the lower values are the number 5 along with J, Q, K and A.

The wild is a red seven on golden wings, it appears only on reel one in the base game and it will replace all standard symbols to help form winning combinations; the pirates’ airship is the scatter symbol which activates the main feature.

This is triggered by landing three of the airship scatter symbols anywhere on reels three, four and five for which you will receive five, six or seven free spins. The airship becomes wild during this round and it appears on reels three, four and five – when it lands it will expand to the left all the way to reel two to help out with a nice win. Another airship also appears as a standard wild and appears on reels two to six.

It’s not possible to trigger any more free spins from within this round.

Sailing The 7 Skies comes with an interesting take on the pirate theme and it also comes with a wild feature in the free spins round which can prove profitable for the luckier players. Fans of pirate slots should check it out!