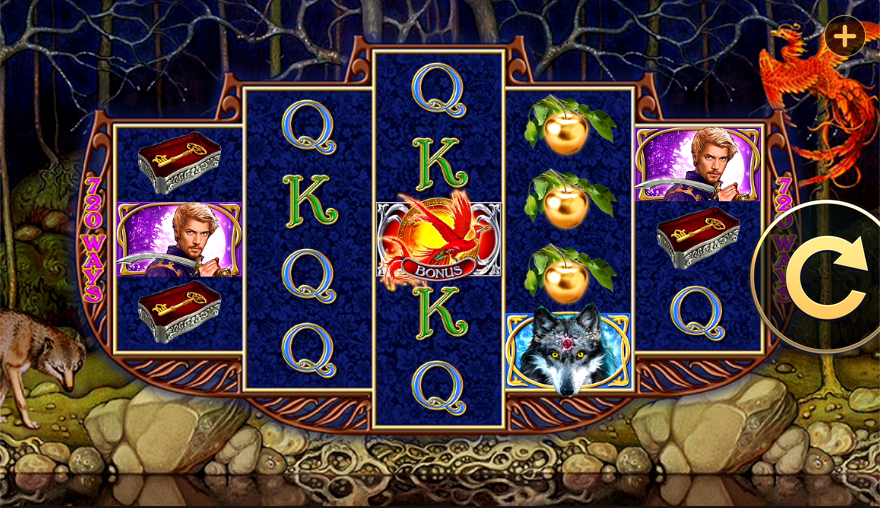 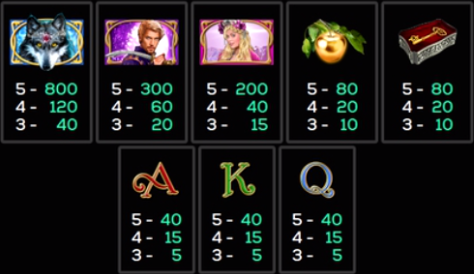 Wolves are synonymous with the Russian wilderness and so it’s entirely appropriate that we have been treated to a an online slot machine themed on that vast country and it’s lupine inhabitants; it’s called Russian Wolf and it comes courtesy of High 5 Games.

Russian Wolf is a five reel slot with variable rows and seven hundred and twenty ways to win; those reels spin in front of some traditional artwork showing a wolf and a phoenix in a fantasy forest setting.

The higher value symbols include the wolf, the female and male characters in this story, the golden apple and the golden key; Q, K and A make up the lower values. Wins can be formed from right to left as well from left to right.

The wild is the pink ‘Wild’, it appears on reels two, three and four and it will substitute for all standard symbols to help create winning matches; the phoenix is the scatter symbol.

Any wild symbol which lands may also show a cash value proportional to your bet; this is an instant cash win worth between 25x and 10000x your stake depending on which reel it lands.

This is triggered by landing at least one phoenix scatter symbol on each reel; the reel will now spin to reveal one of the following awards:

If you win the free spins they can be triggred again with five more scatters on the reels again.

Russian Wolf comes with an enchanting fantasy theme whihc probably tells a story if you can use your imagination effectively enough; for us the free spins and scatter bucks mean it’s pretty good fun.