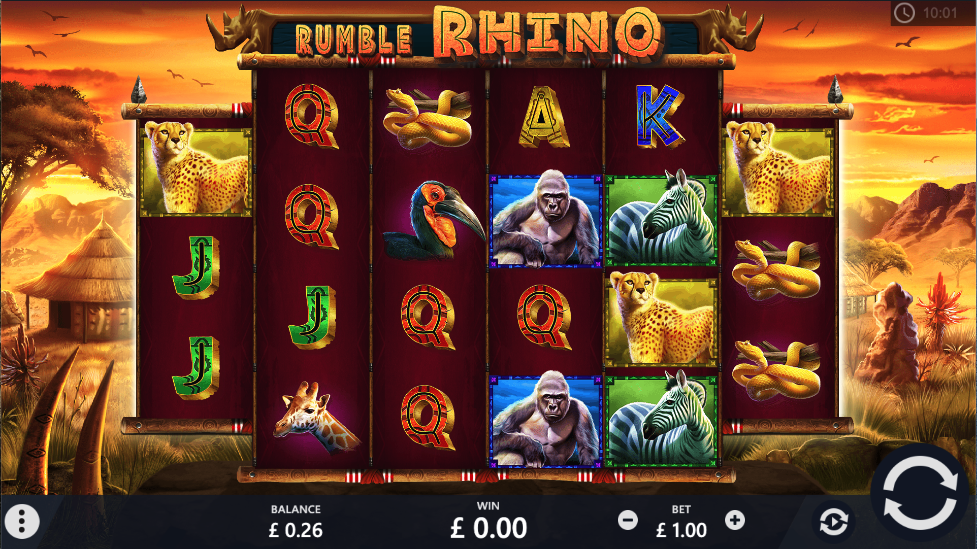 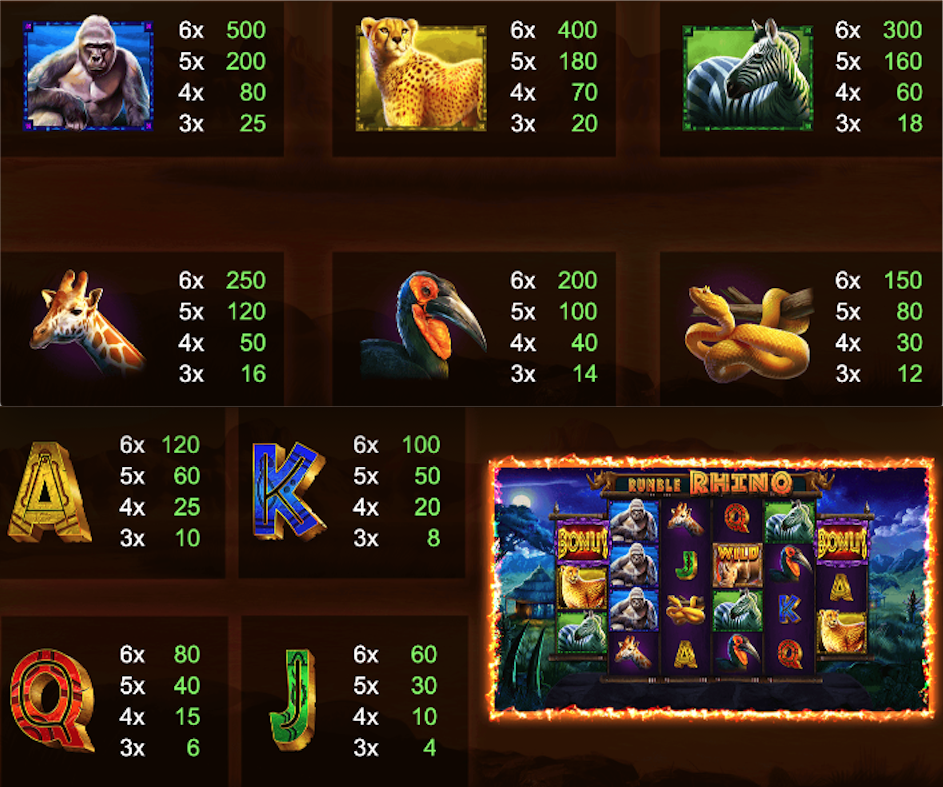 The wild animals of some African nation are the main characters in this online slot from Pariplay; it’s called Rumble Rhino and it comes with plenty of bonus features including giant symbols, assorted free spins modes and instant cash prizes.

Rumble Rhino is a six reel slot with three/four rows and one hundred fixed paylines; there’s a great, tribal design to those reels which are formed from lengths of carved wood and spears. In the background the setting sun illuminates the huts and scorched trees of this unnamed savannah.

High value symbols include the gorilla, the cheetah, the zebra, the giraffe, the puffin and the snake; J, Q, K and A represent the lower values. The rhino is wild and will replace all standard symbols to help form winning combos; the ‘Bonus’ is the special symbol.

All symbols including the wild rhino and the Bonus can appear as large, 4×4 symbols on reels two to five to hopefully help out with some wins.

The Mystery Mask can appear on any spin and when it does all instances will transform into any other symbol except for the Bonus. It can also appear as a 4×4 icon.

Landing two of the Bonus symbols anywhere on reels one and five will trigger this feature and you’ll now be asked to select from the diamonds on display until you find three matching ones which will determine which of the following rewards are awarded:

We always enjoy a virtual trip to the open plains of Africa and in the company of Rumble Rhino we can do it with a variety of bonus features, some friendly animals and a stunning setting. We should also note that 10% of all Pariplay’s profits from this game will go to Save The Rhino International.