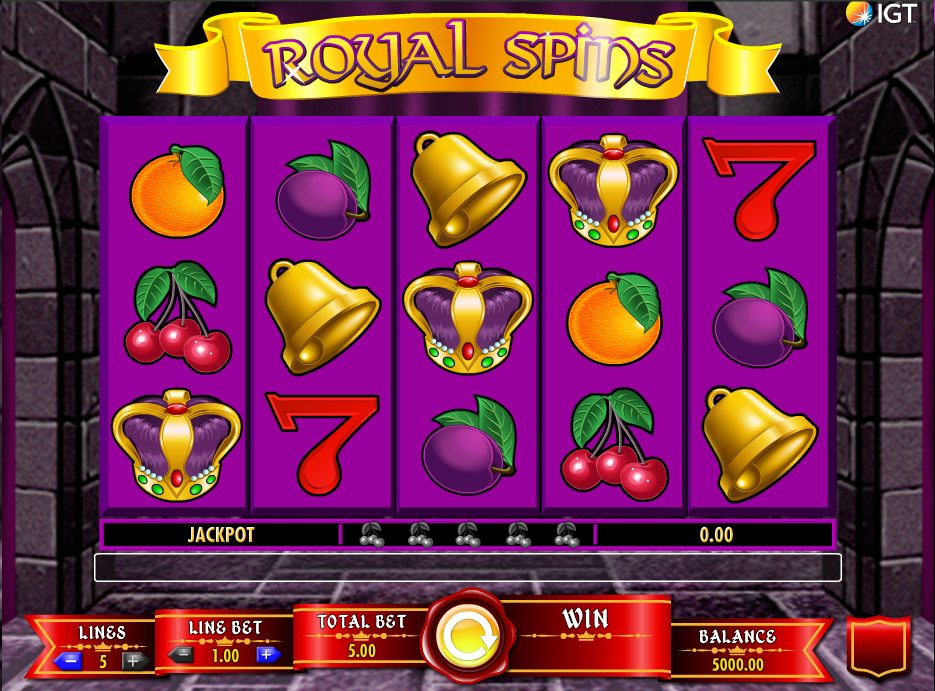 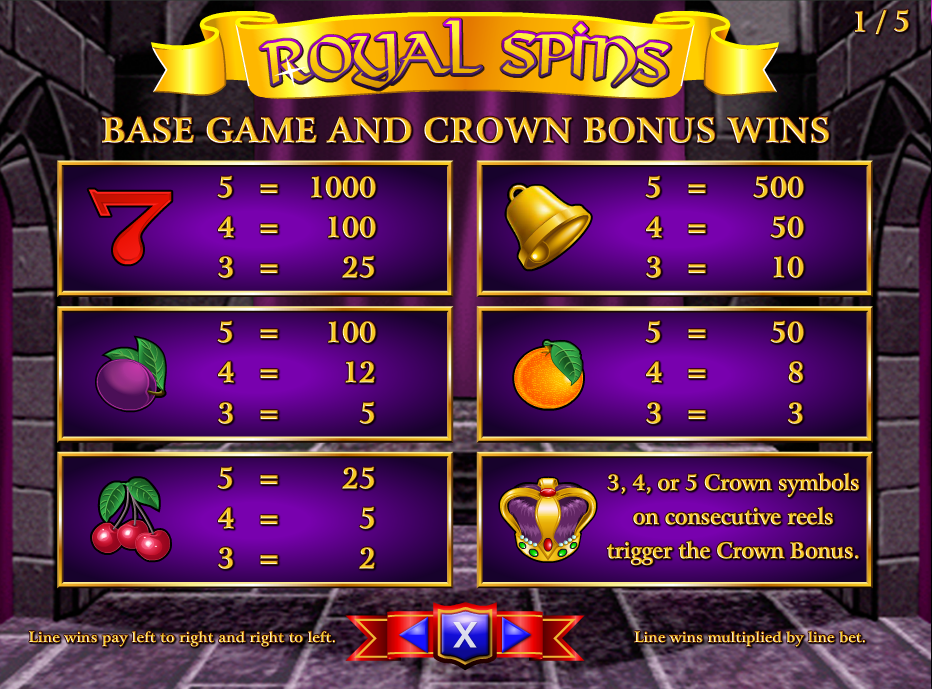 There’s a touch of the regal about this online slot from IGT and not just because it’s called Royal Spins; there’s a castle, crowns and various other royal paraphernalia to reinforce the point – read all about it right here.

Royal Spins is a five reel slot with three rows and just five fixed paylines and above the purple reels there’s a huge golden banner proclaiming the title of this game; in the background we can see the interior of a castle constructed from dark, solid blocks.

There’s a traditional range of symbols on display and these include red sevens, bells, plums, oranges and cherries. Wins can be formed from right to left as well as left to right.

There’s no wild symbol in Royal Spins but there is a scatter icon represented by a diamond encrusted crown.

This is triggered by landing three, four or five of the crown scatter symbols anywhere in view for which you will receive 3, 5 or 10 free spins respectively. Once the round is underway there’s a guaranteed win of at least your total bet on each spin.

More spins can be triggered by landing three+ scatter symbols during this round.

Underneath the reels you will notice that there are five blacked-out cherries alongside a jackpot amount which is incremented each time a red seven appears on a winning payline (the extra prize amount is equal to the number of sevens on the payline multiplied by the line bet).

Every time you land a win consisting of five cherries one of the cherry spaces will be filled; filling them all wins you the jackpot amount.

Royal Spins is graphically rather basic but it’s not unenjoyable in it’s own way and the Cherry Bonus provides some longevity for your gameplay; this slot comes with an RTP ranging between 91.88% and 96.03%.