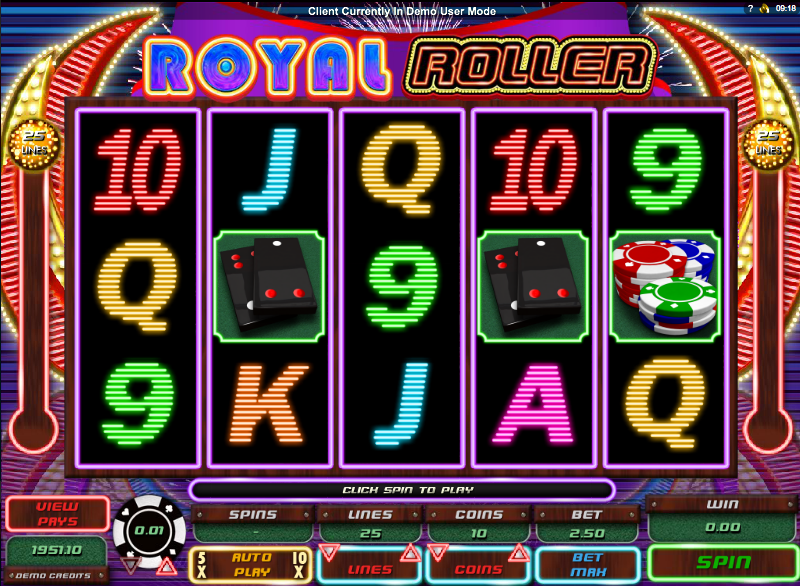 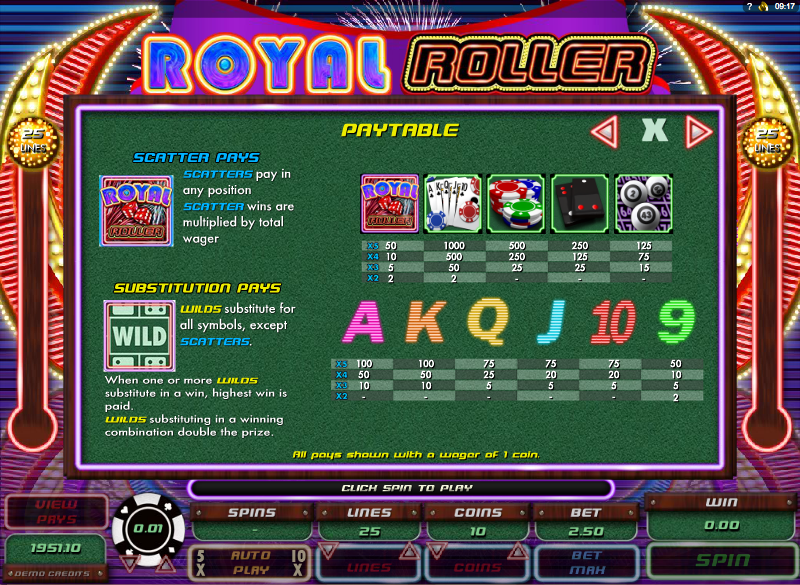 Neon lights and casino sounds await those online slots enthusiasts who would like to check out Royal Roller; there’s nothing particularly royal about this Genesis Gaming release but it brings together a number of casino games on the reels and it’s bright and colourful enough to have you reaching for the sunglasses.

Royal Roller has five reels, three rows and up to twenty five paylines; the backdrop to the reels is a neon-lit montage of fireworks and Las Vegas-style lighting just so you know where you are. A jazz saxophone soundtrack accompanies your spins which is no bad thing.

The wild symbol is ‘Wild’ printed on a craps table and it will double and wins to which it contributes. The scatter symbol is the Royal Roller icon which activates the main feature.

This feature is triggered by landing three or more of the Royal Roller scatter symbols anywhere in view. You will only receive five free spins as a reward but there;s an extra feature to increase your winnings.

On each spin a roulette wheel will also spin, awarding you between one and four completely wild reels. The wilds can only be on reels one, two, three and four but clearly this is an opportunity for some big wins.

When your five spins are over the prize will be totalled and you will return to the main game. Unfortunately the spins can’t be re-triggered from within this round.

If you just want to trigger the feature you will have the same chance playing one or twenty five paylines as it’s activated by the scatter symbol. This is handy for low rollers but prizes will be proportionately less.

This is an entertaining collage of light and colour with some nice touches such as the payline slider on either side of the reels. The roulette wheel enhances the free spins round and if you’re lucky should result in some big wins.