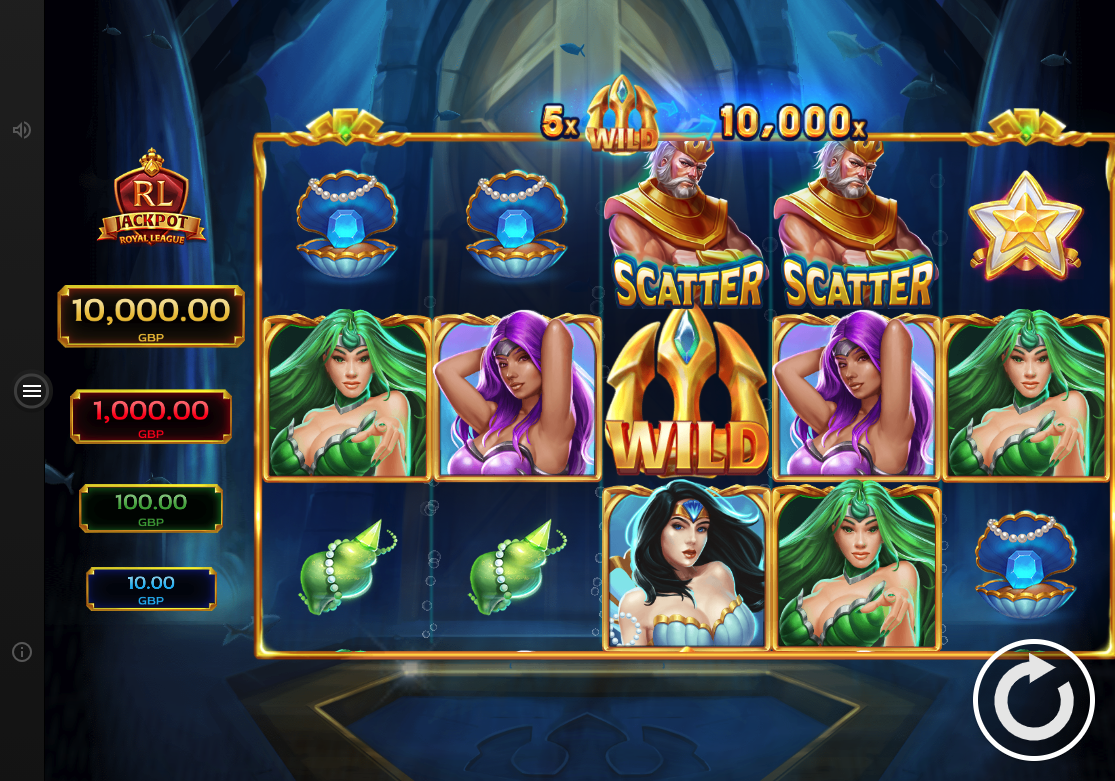 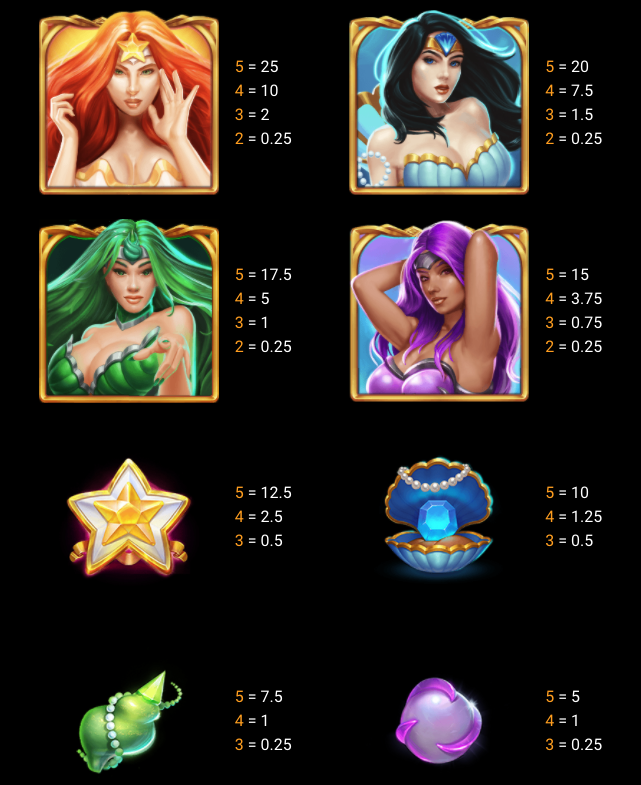 Neptune was the Roman god of the sea but the idea of him having a harem seems to be a bit of imagination on the part of Microgaming/Gong Gaming Technologies who’ve developed this online slot machine; it’s full title is Royal League Neptune’s Harem and from £0.20 per spin it offers players free spins with multiplier wins and the Royal League jackpot game.

Royal League Neptune’s Harem is a five reel slot with three rows and twenty fixed paylines; through and behind those reels we have the undersea home of this Roman god, guarded by some small fish.

Four girls from this harem represent the higher value symbols while valuable undersea items such as gems and shells make up the lower values. The golden trident is wild, the doors are the bonus symbols and Neptune himself is the scatters.

Landing two of the golden doors on reels one and five will activate this feature and you’ll get to select one of four cards which will award 5, 7, 8 or 12 free spins; now pick another card to reveal a 2x, 3x, 5x or 10x win multiplier for this round. Any door symbol landing in this round will award an extra spin with no maximum number.

This is triggered randomly from within the base game and you’ll be transferred to the 7 x 7 grid you can see below; there are two dice to roll here – one for the number of places to move (up to six) and one for the direction to take. Eventually you’ll roll a ‘Collect’ and the coloured square you’re on will determine the prize – blue 10x, green 100x, red 1000x and gold 10,000x.

The Return To Player percentage for Royal League Neptune’s Harem is 96.90%.

How To Win On Royal League Neptune’s Harem?

Where can I play Royal League Neptune’s Harem?