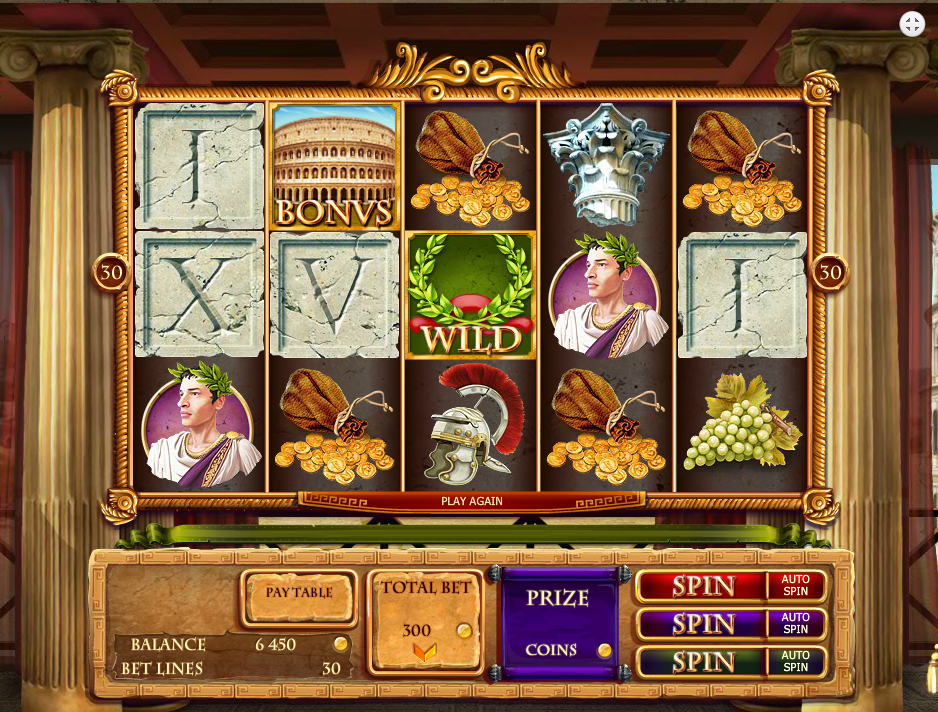 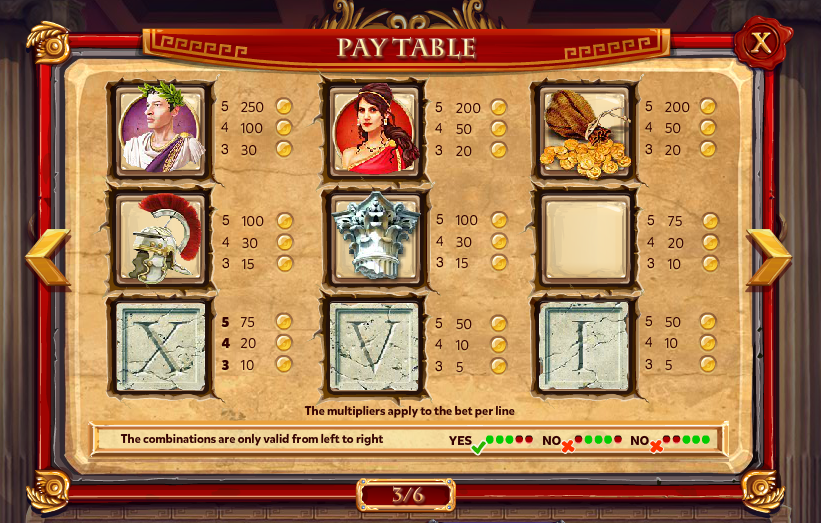 The Ancient Roman empire is a fertile ground for online slots developers looking for themes on which to base their latest game and Red Rake Gaming are no exception. Rome is a welcome addition to the massed legions of historically-themed games and it comes with some interesting sound effects, nice graphics and a creative bonus feature.

Rome is a five reel slot with three rows and thirty fixed paylines;  those reels spin in an ornate golden frame and this sits on the verandah of a posh villa with views out towards a sunny vista.

The symbols are all related to theme and include a Caesar, his wife, a bag of coins, a soldiers helmet, the top of a column and three Roman numerals – X, V and I.

This is triggered by landing three of the Colosseum bonus symbols on reels two, three and four; you will receive an initial number of free spins and during this round each Colosseum symbol you land will award an extra spin.

Additionally there’s a Golden Wild added to the reel set which will remain in place for the duration of the spins if you land one anywhere.

Rome is a very enjoyable game with some high quality graphics and a bonus feature with a little added extra; it’s well worth chekcing out and comes with an RTP of 95.60%.