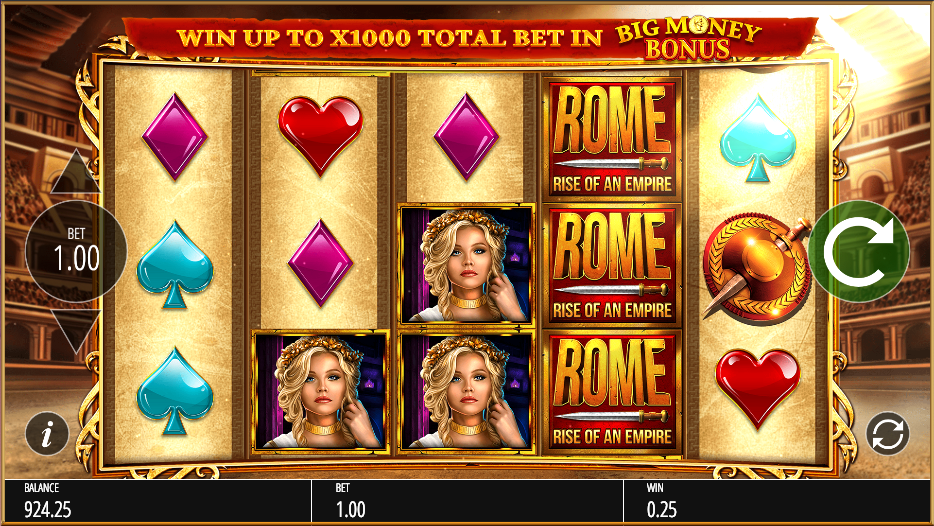 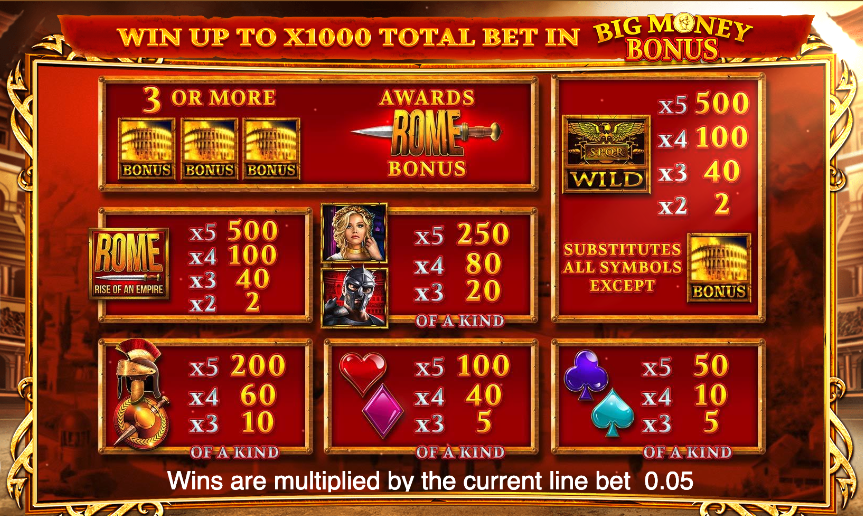 The Roman empire was a successful combination of violence and civility and it’s a theme which has provided us with a fair number of online slot machines; Rome: Rise of an Empire is one more to add to the list, it’s developed by Blueprint Gaming and it comes with features galore!

Rome: Rise of an Empire is a five reel slot with three rows and twenty fixed paylines; the backdrop to those reels is a coliseum ready for the impending conflict about to happen.

The high value symbols include the games’ logo, the female and male leads in this story, a helmet and a sword/shield combo; playing card symbols in red, pink, purple and blue represent the lower values.

The SPQR standard is wild and it will replace all other symbols to help form winning combos except for the coliseum scatter icon.

Rise of an Empire Bonus

This is triggered by landing at least three of the coliseum scatter symbols anywhere in view and you’ll now get to spin a wheel which will reveal one of five possible bonuses:

The following mini-features occur in the base game whenever the tiger jumps onto the reels:

Rome: Rise of an Empire is very much in the Blueprint mould and it comes with a huge number of extra features and reel modifiers; it’s a really high quality slot and one to experience.