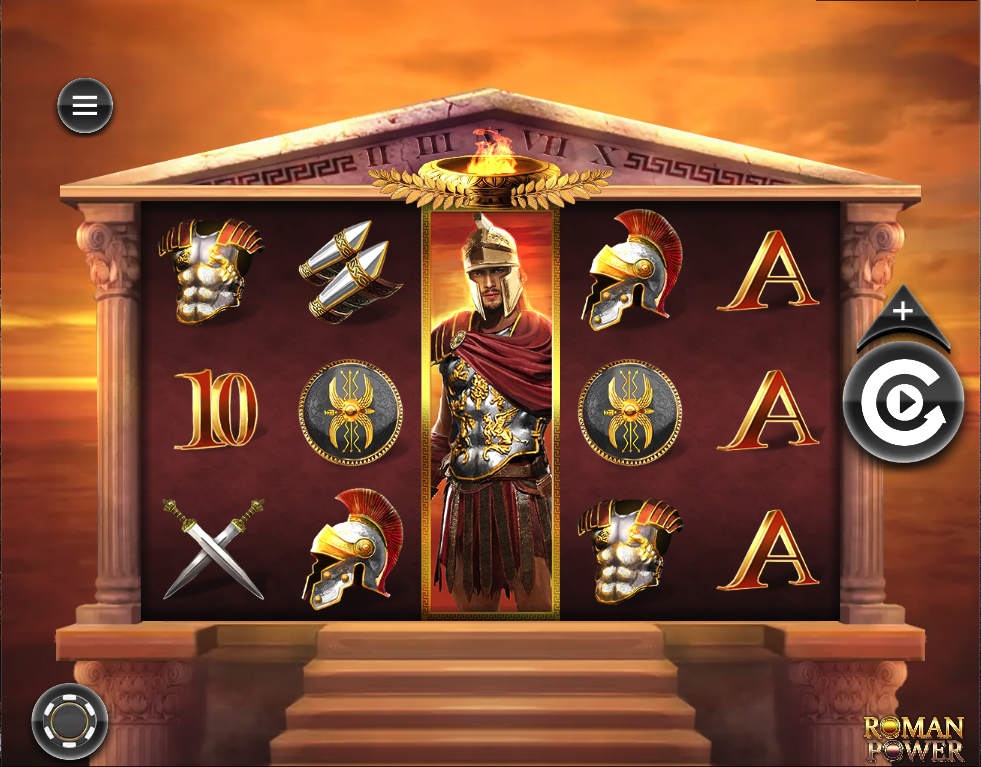 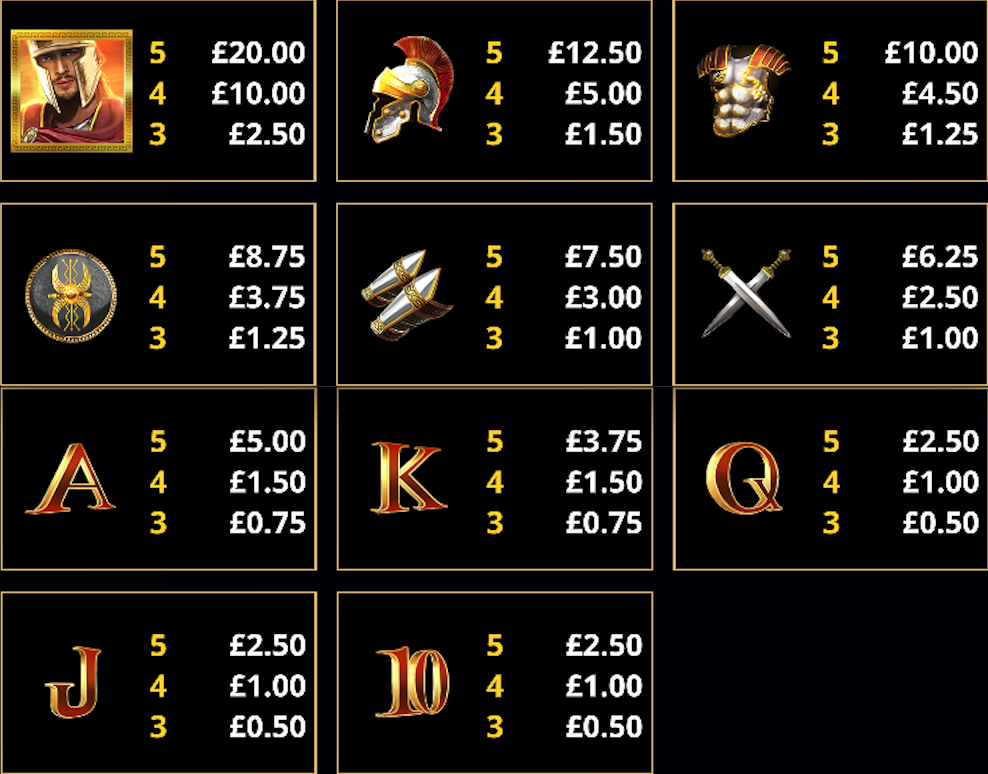 All empires eventually disintegrate and fall but Roman rule managed to last about 500 years before collapsing; Roman Power is an online slot from Microgaming/Spinplay Games takes us back to the height of imperial power, offering us expanding wilds in the process.

Roman Power is a five reel slot with three rows and twenty fixed paylines; steps lead up to those reels with the whole temple structure supported by columns – is the setting sun in the background a metaphor for the eventual decline of the Roman Empire? We shall never know…..

The higher value symbols include the everything a soldier needs to protect himself such as a helmet, breastplate, shield, shin guards and swords; 10, J, Q, K and A represent the lower values. The Roman soldier is wild and he’ll substitute for all other symbols to help form winning combinations – he also kicks off the feature described below.

Aside from being a normal wild symbol the Roman soldier will expand to fill all positions on his reels if, by doing so, a win will be created; that’s not all he’ll do however because there’s also a chance that he will apply a Power Multiplier to that win of up to 10x.

Roman Power is certainly a playable-enough slot but it does lack a little in the bonus feature area but if expanding wilds are all you require then this slot, with its high quality graphics and atmospheric setting, should be all you need.