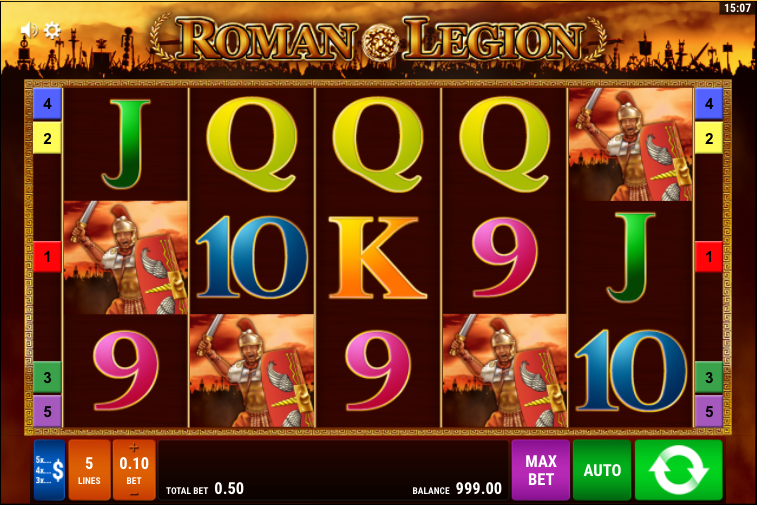 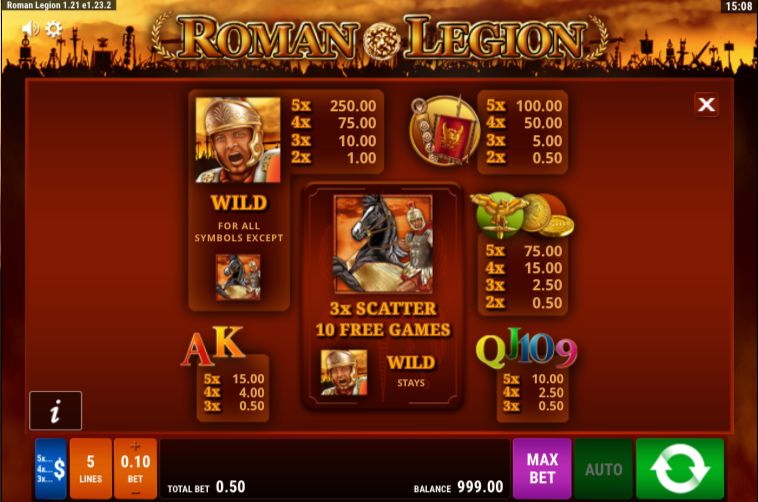 Before the final curtain fell on the Roman Empire after some 500 years of military expansion the Roman Legions were the world’s great fighting force so of course they deserve the tribute of an online slot machine in their honour; Roman Legion is the one we have here, it’s developed by Gamomat and you can find out how it works below.

Roman Legion is a five reel slot with three rows and five fixed paylines; golden frames constrain those reels while in the background the massed standards of the legion can be seen silhouetted beneath a smoky sunset sky.

The higher value symbols used here include the red standard, the golden eagle and a couple of Roman coins; 9, 10, J, Q, K and A represent the lower values.

The wild symbol is the shouting soldier and it will replace all others to help form winning combinations except for the soldier on the back of the rearing horse – that’s the scatter icon.

This is triggered by landing three or more of the rearing horse scatter symbols anywhere in view for which you will receive ten free spins; unfortunately it’s not possible to trigger any more spins from within this round but any wilds which land will remain in place for the rest of the feature which should help out with some bigger wins for the most fortuitous players.

Roman Legion is perhaps not the most engaging slot we’ve ever played but if you enjoy a brief slice of history on the reels then why not check it out, it comes with an RTP of 96.16%. It’s also worth noting that there’s a slightly poshed-up version of this game called Roman Legion Xtreme.