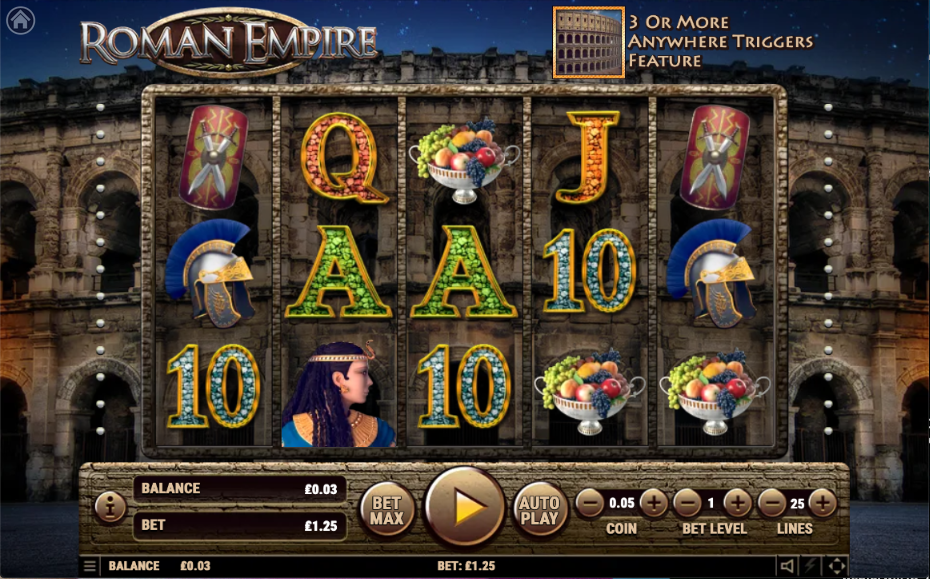 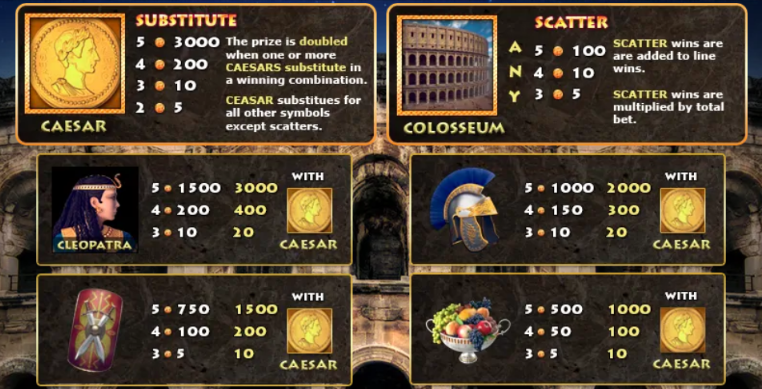 The vast Roman empire waxed and waned for around 1500 years until finally disappearing for good in 1453 – one of the lasting legacies of this civilisation is a collection of online slot machines of which Roman Empire is one. It’s developed by Habanero Systems and it comes with free spins and wild multipliers.

Roman Empire is a five reel slot with three rows and up to twenty five paylines; through those transparent reels ther’s a view of the Colosseum lit by numerous stars in the night sky.

High value symbols here include Cleopatra, a soldier’s helmet, a shield and a bowl of fruit; 9, 10, J, Q, K and A make up the lower values.

The gold coin engraved with Caesar is wild and it will substitute for all standard symbols to help form winning combinations; it will also double any wins to which it contributes. The Colosseum is the scatter symbol which activates the main feature.

Roman Empire is perhaps slightly lackingin features when compared to some of Habanero’s newer slots but it has a historic charm which makes you want to keep spinning the reels; we particularly like the way Caesar appears behind the wild coin when he helps put with a win!