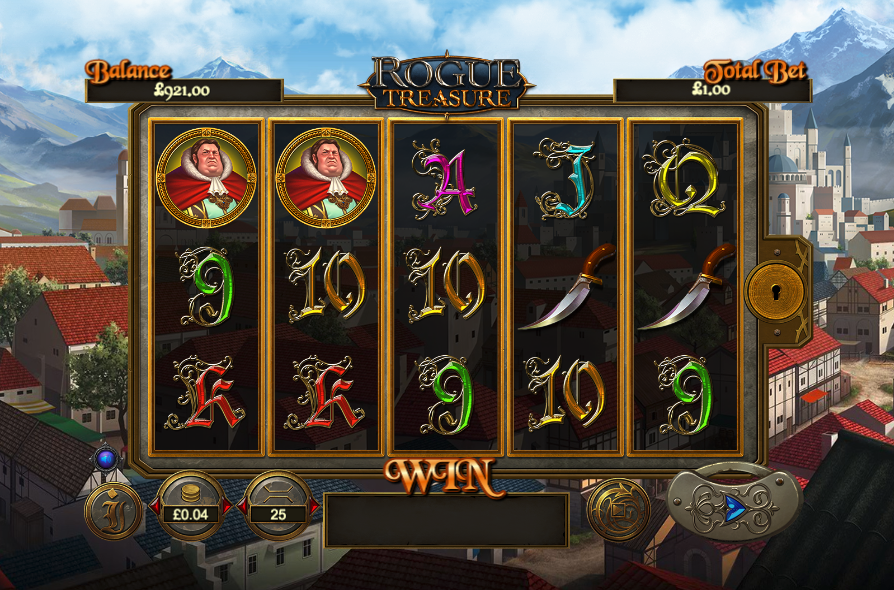 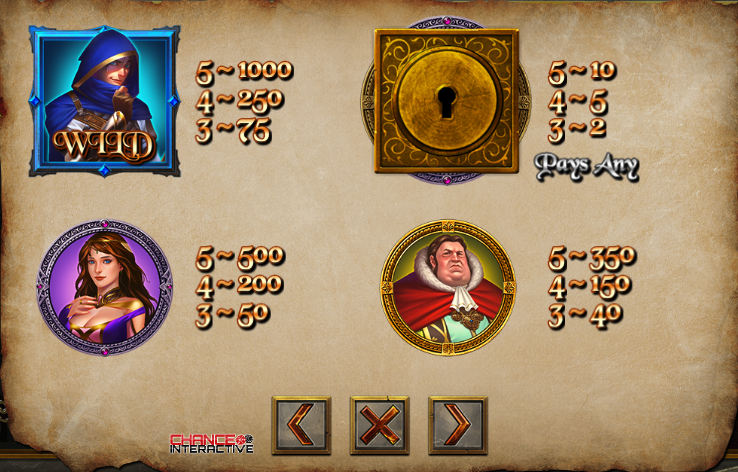 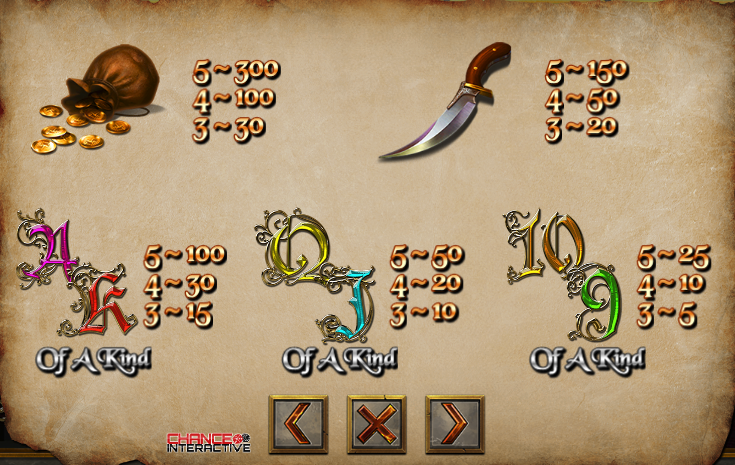 It’s time to take a trip back several hundred years and to an unnamed European location where snow-capped mountains overlook stone-built towns; Rogue Treasure is the title of this online slot, it’s developed by Chance Interactive and it comes with two separate bonus features.

Rogue Treasure is a five reel slot with three rows and up to twenty five paylines; those neat reels float against that backdrop of an alpine town surrounded by mountains and overtaken by fast-moving white clouds.

The higher value symbols include the girl in the purple dress, the mayor of this town, a bag of gold and a dagger; 9, 10, J, Q, K and A represent the lower values.

The blue garbed Rogue is wild and he will substitute for all others to help form winning combinations except for the keyhole scatter symbol.

This is triggered by landing three or more of the keyhole scatter symbols anywhere in view; you’ll now get a potentially unlimited number of free spins but the round ends when three guard symbols appear scattered anywhere on the reels.

Each keyhole which lands during this round will open up to reveal a cash prize proportional to your total stake.

This is triggered randomly within the base game and you’ll see a short lock-picking animation before reel two turns completely wild; you’ll now receive at least one free respin with a chance of reels three and four becoming wild. There’s a big win at the end of this process if all three reels turn completely wild.

Rogue Treasure tells a nice narrative of sneaky theft in a medieval town; it has some high quality graphics, two potentially lucrative bonus features and an appropriately clunky soundtrack.