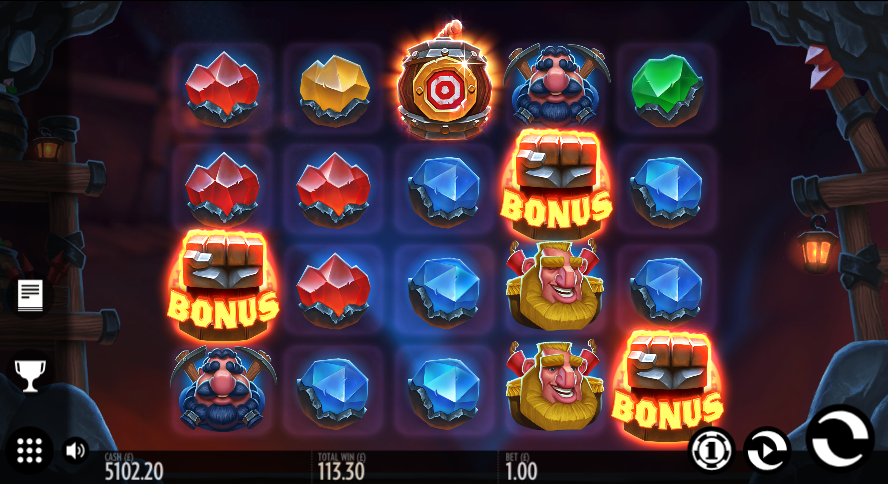 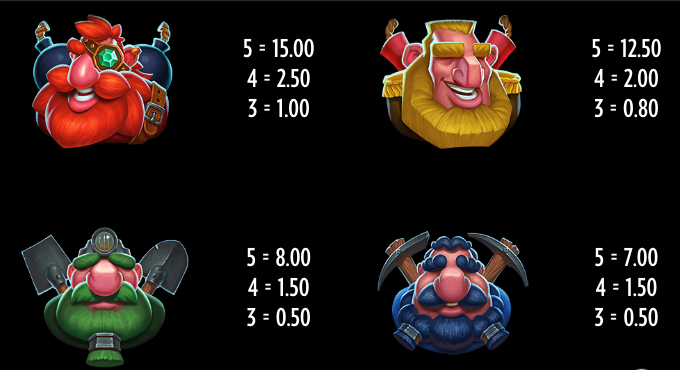 Unlikely as it may seem, mining is the theme of a number of entertaining online slots including this standout example from Thunderkick; it’s called Rocket Fellas Inc and it follows the adventures of four hirsuite miners and their quest for gems.

Rocket Fellas Inc is a five reel slot with four rows and thirty fixed paylines; the gloomy interior of a subterranean mine provides the setting for those reels which spin against a lamplit scene of explosives and wooden braces.

The four miners whose hair is red, yellow, green and blue respectively plus an explosive barrel represent the higher value symbols while gems in similar colours make up the lower values.

The wild is a chest full of gems and it will replace all others to help form winning combos except for the fist scatter symbol.

Occasionally one or more rockets will appear on reel one and when they do they’ll light up and fly across the reels, leaving a wild symbol on reel one in their wake. If it hits any explosive barrels on the other reels it will turn them wild also and any barrels on those reels.

During this round the Rocket Feature is active but any wilds created by the rocket become sticky wilds and remain in place until the round ends. Have a look in the gameplay video above.

Rocket Fellas Inc is a lovely addition to the rich seam of mining themed slot machines with its high quality graphics, base game rocket wilds and sticky wilds in the free spins round – it comes with an RTP of 96.10% and is highly recommended.