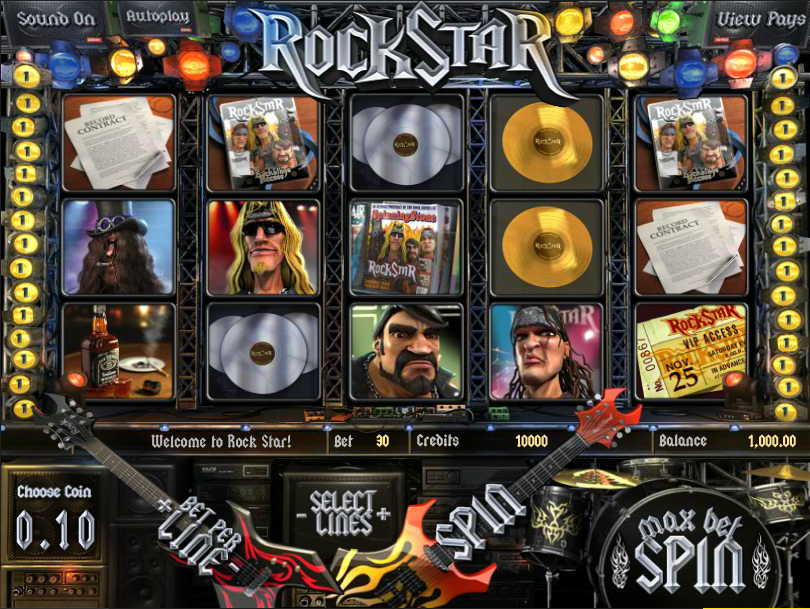 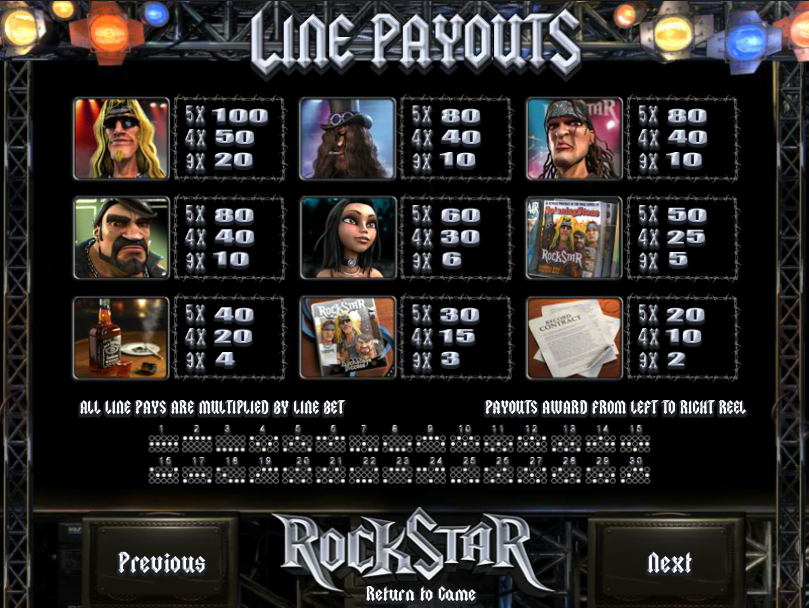 The life of a famous rock band is clearly an arduous one and those chaps have to put up with some annoying stuff – huge piles of cash, drugs, alcohol and endless queues of groupies. Here we have an online slot which brings many of those aspects to the reels, it’s called Rock Star, it’s developed by Betsoft Games and you can read all about it below.

Rock Star is a five reel slot with three rows and up to thirty paylines; you can watch the intro movie when the game starts up for a glimpse into the life of these long-haired rockers. The reels spin on a gantry construction with speakers and spotlights providing the buttons and notifications. If you leave the sound on there’s a pounding rock soundtrack to accompany your gameplay.

All the symbols are related to the theme and include four of the band members, a groupie, two magazine covers, a bottle of Jack Daniels and a recording contract.

There are two wild symbols – gold and platinum discs which are worth multipliers of 2x and 5x respectively; if they both appear in a winning payline then they are multiplied together (10x). The wild won’t substitute for the bonus symbols which are a guitar and a concert ticket.

This is triggered by landing three of the guitar symbols on an active payline and you will be awarded with three prizes of various values proportional to your line stake.

Trigger this by landing three or more of the concert ticket symbols on an active payline and you will get to play an interesting bonus round in which you have to match the notes which appear on the screen. If you are successful the band will appear and jam as your prize increases.

Rock Star is a great looking slot with lots of fantastic animations and a thumping soundtrack to keep things bouncing along. This is a game for rock fans and in fact anyone else as well.