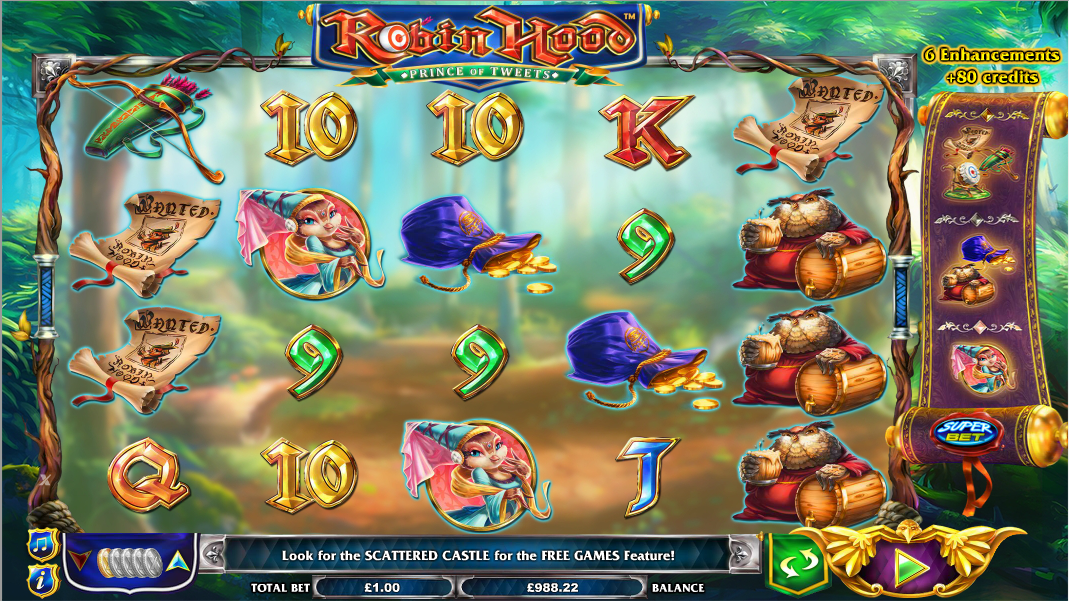 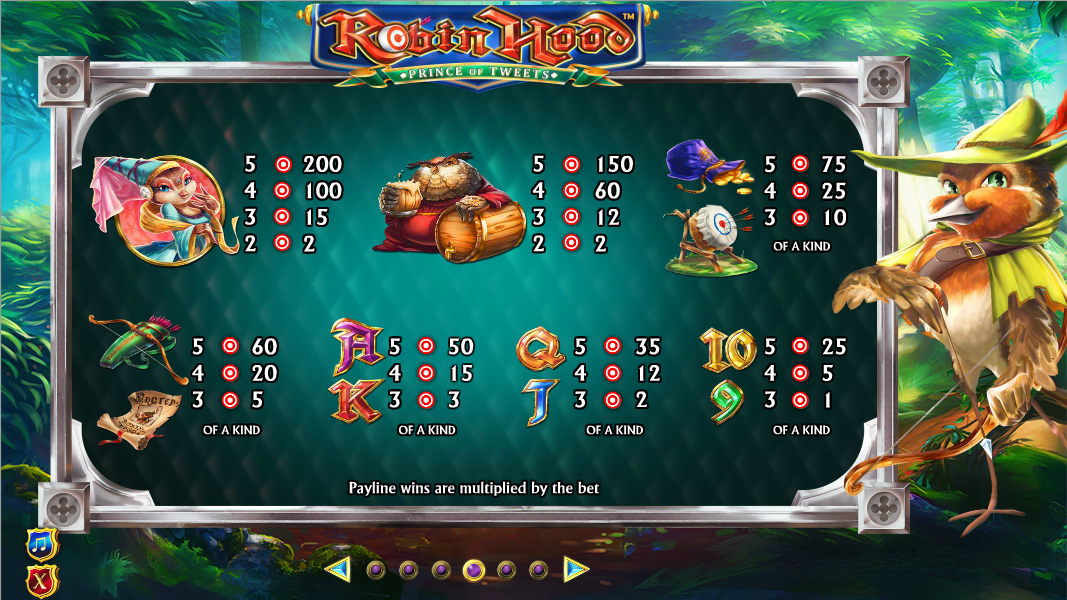 Up in Sherwood Forest there appears to be a version of the green-clad do-gooder who is less interested in the redistribution of wealth than he is in bird food – at least that seems to be the story behind Robin Hood Prince Of Tweets, an online slot from Nextgen Gaming with two separate bonus extras and the SuperBet feature.

Robin Hood Prince Of Tweets is a five reel slot with four rows and forty fixed paylines; the reels are transparent and behind them there’s a hazy view of the famous forest where Robin and his fellow animals reside.

There are six theme-related symbols including a squirrel Maid Marian, an owl Friar Tuck, a bag of gold, a target, a bow/quiver and a wanted poster. 9, 10, J, Q, K and A make up the lower values.

Robin is the wild symbol, he only appears on reel three and he will replace all others except the scatter which is a castle; both symbols activate bonus features described below.

When the Robin wild symbol lands on reel three, adjacent reels turn wild also depending what they are – without using the Superbet feature only Maid Marian can turn wild. See the SuperBet feature below for more details. 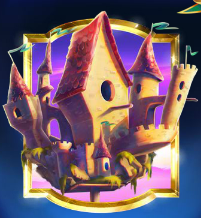 Landing three or more of the castle scatter symbols anywhere in view will award the following:

More free spins can be retriggered from within this round.

Click the Superbet button on the right hand side to turn on this optional feature and there are two choices:

Any win can be gambled by clicking the hearts/clubs button below the reels; you can now try and double or quadruple that amount by guessing the next colour/suit to be drawn. A wrong guess loses it all.

Robin Hood Prince Of Tweets is a high quality game with lots to offer including two bonus features and that enticing Superbet feature. We would recommend using the SuperBet because it increases the RTP fomr 93.38% to 96.97%.