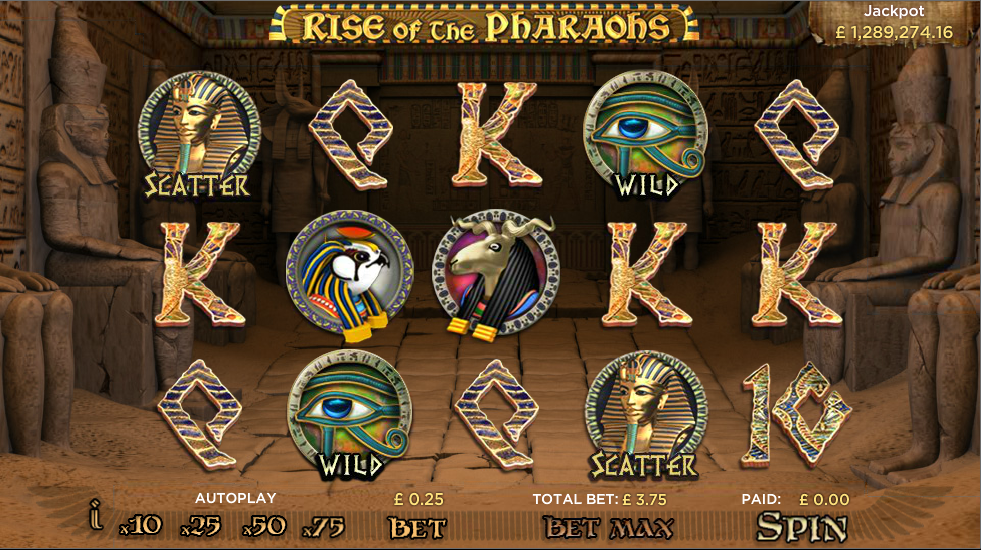 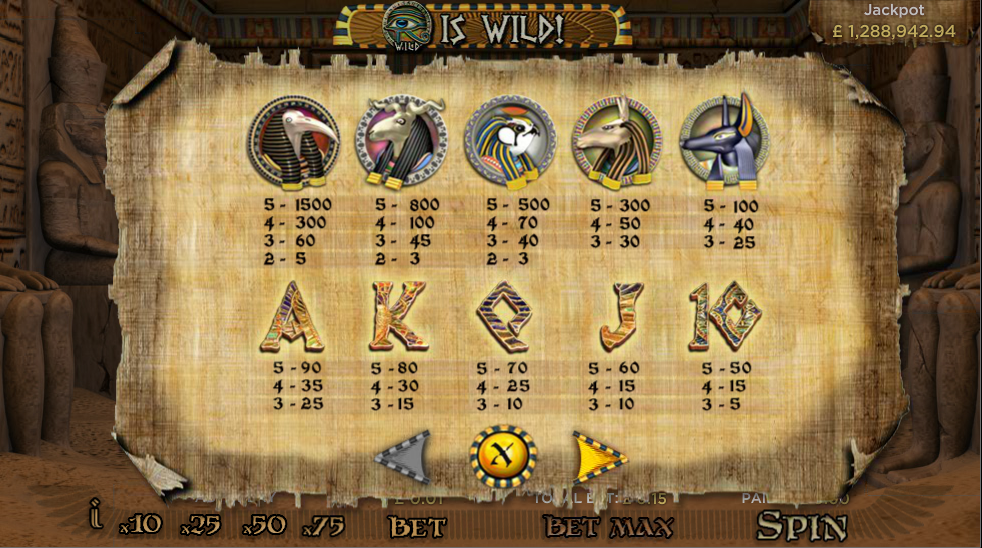 Ancient Egypt is our destination now as we head back in time to learn a bit more about the various gods and indulge in a bit of gave robbing along the way. Rise of the Pharaohs is developed by Random Logic, it comes with two separate bonus features, a progressive jackpot and it’s all explained in more detail below.

Rise of the Pharaohs is a five reel slot with three rows and fifteen fixed paylines; those reels are transparent and spin against a backdrop of a tomb interior with statues lining the walls and sand drifting on the floor to show the age of this structure.

The higher value symbols are a range of familiar Egyptian gods including Anubis, Horus and the rest of the gang while the lower values are the standard 10, J, Q, K and A.

The Eye or Ra is wild and it will substitute for all others in a winning combo except the Sphinx scatter and the Cleopatra bonus icon.

This is triggered by landing three or more of the Sphinx scatter symbols anywhere in view; the number of spins is not set but you will receive more by landing more triggering symbols.

During this round Sticky Wilds are added to the reels which will remain on the reels (but can move around) for the duration.

Trigger this by landing three of the Cleopatra bonus icons anywhere on reels two, three and four; you will now play a two stage picking game to reveal two multipliers which are then multiplied together and applied to your total bet.

The big prize is won randomly – you don’t need to achieve anything in the game to be the lucky recipient of the progressive jackpot but your chances are greater with all paylines played and a bigger stake.

Rise of the Pharaohs is a well-designed slot with some high quality graphics and plenty of bonus features; it’s a familiar theme but that’s no problem as long as the game s enjoyable – which it is. The RTP is 95.02%.