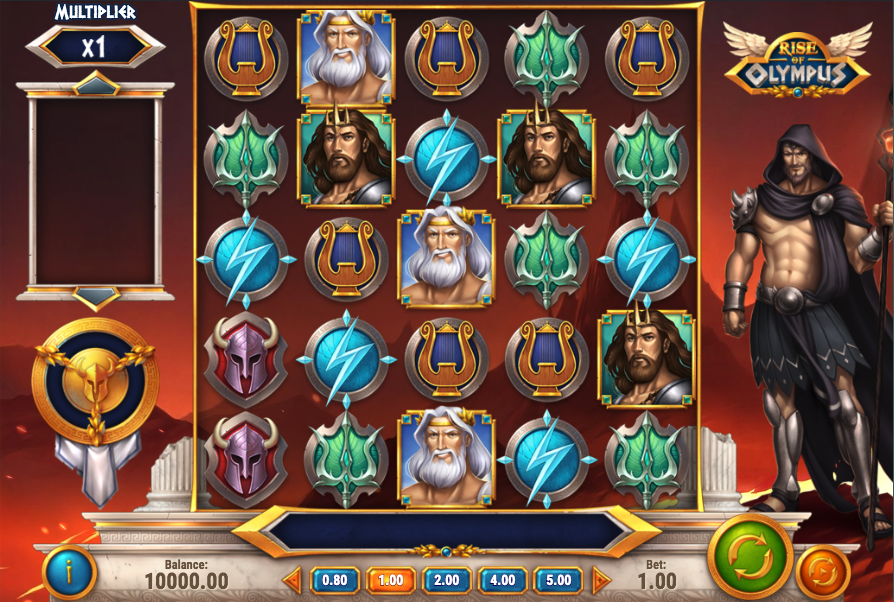 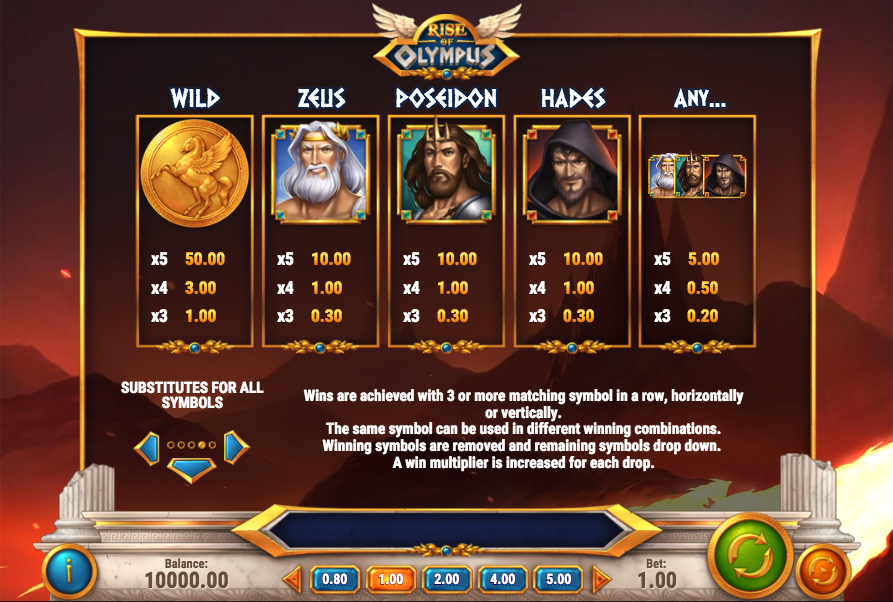 A trip to Ancient Greece awaits online slots fans now as we check out this deity-themed game from Play N Go; it’s called Rise of Olympus and it offers various god-related bonus features and some clever gameplay.

Rise of Olympus is played on a 5×5 grid in which the aim is to form combinations of three or more matching symbols horizontally or vertically anywhere on the reels; Hades, Poseidon and Zeus are the gods involved in this slot and one of them will always be standing on the right hand side – a glowing red backdrop completes the scene.

Those three gods are the higher value symbols and they can also form mixed winning combos; the lower value symbols comprise a harp, a helmet, a trident and a bolt of lightning.

The wild is a gold coin and it’s only formed by creating a combo of three matching symbols; it will then act as a normal wild and replace any other symbols to help form winning combinations. New combos may be formed and this will continue the process with each successive win increasing the multiplier value.

On any non-winning spin the god on the right may help you out with a mini-feature:

When the feature ends a new god will replace the last one.

The golden meter to the left of the reels contains three sections and these are filled up by landing combos of god symbols – three gods fill one section, four gods fill two sections and a five of a king fills the whole thing. Once full you’ll receive a free spin in which all three gods will use their respective features.

This is triggered by completely clearing the grid during normal gameplay and you’ll now be offered one of three free spins options:

Rise of Olympus is an action-packed slot with plenty of clever features and bonuses which trigger regularly; it’s designed in the same vein as Cloud Quest so if you’ve previously enjoyed that (and we did) then you’ll like this too.