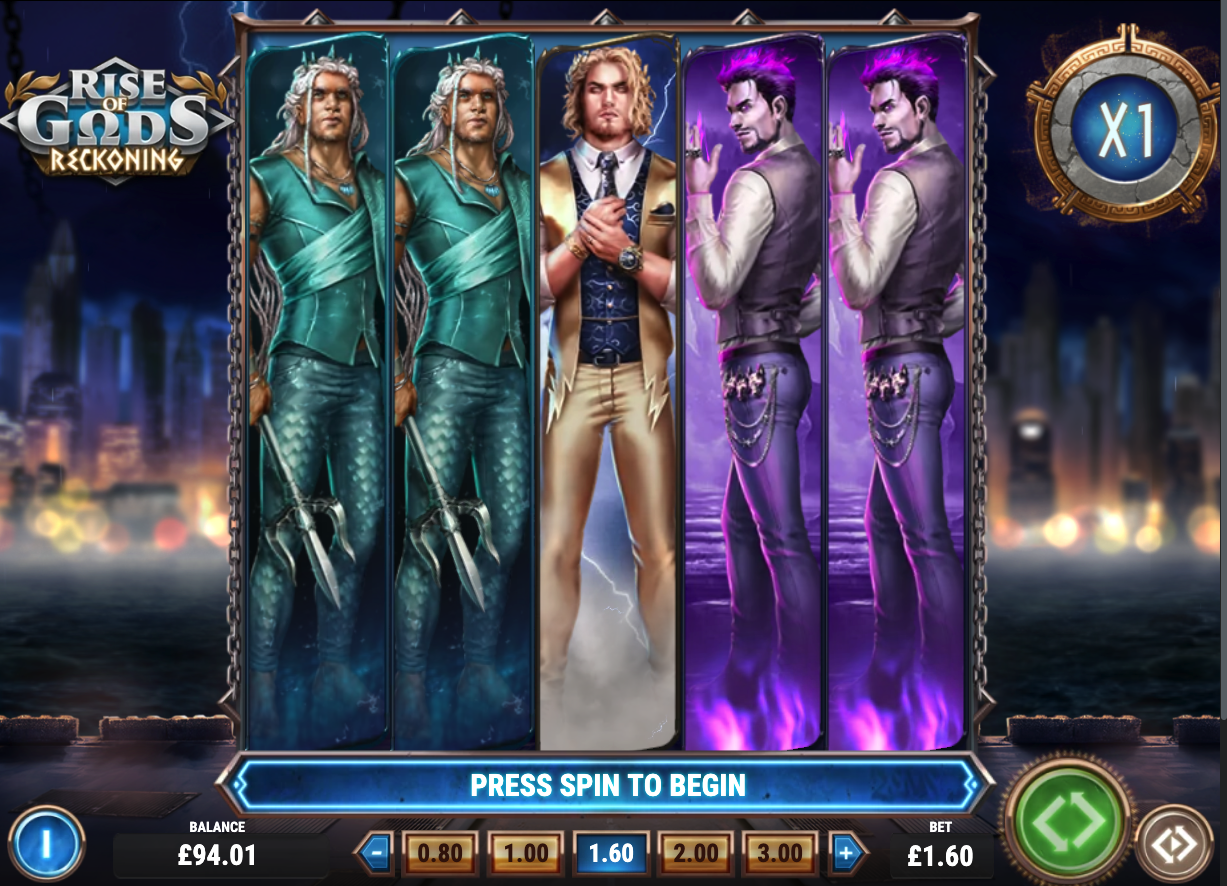 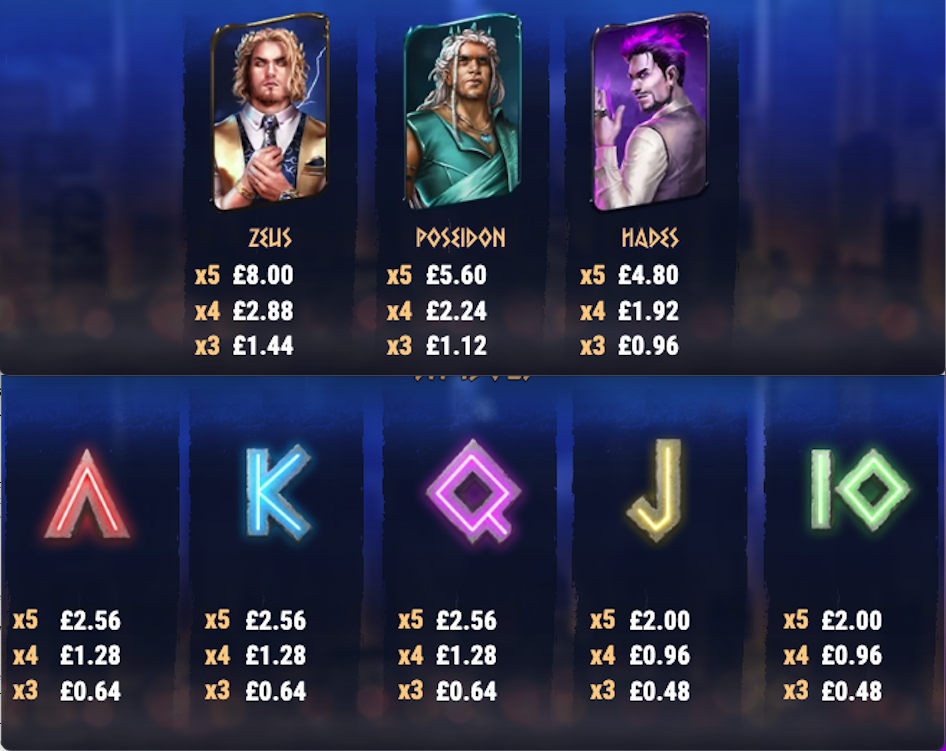 If you thought that the legendary Greek gods had faded away with the collapse of that ancient empire then think again because they’re back to fight one another again in this online slot from Play N Go; it’s called Rise of Gods Reckoning and from £0.20 per spin it comes with win multipliers, synchronising reels and free spins.

Rise of Gods Reckoning is a five reel slot with twenty five paylines and in this story Cronus has broken free of his prison following his defeat by Zeus, Hades and Poseidon and now he’s arrived in the modern day to cause trouble again. A large city is the backdrop for the gameplay with its bright lights reflected in the harbour water.

The high value symbols are Zeus, Poseidon and Hades while 10, J, Q, K and A are the lower values; the Greek letters at wild and Cronos is the scatter symbol.

Each of the three high value gods can appear stacked on the reels and each one fully in view will increase the win multiplier for that spin by 1x.

This can occur randomly and two adjacent reels will spin identical high value symbols for an increased chance of a nice win.

Landing three of the Cronos scatter symbols anywhere in view will award six free spins which may not sound like many but once the round is underway one, two or three scatters will add an extra one, three or six spins respectively. Any increased multipliers will be carried over from the base game.