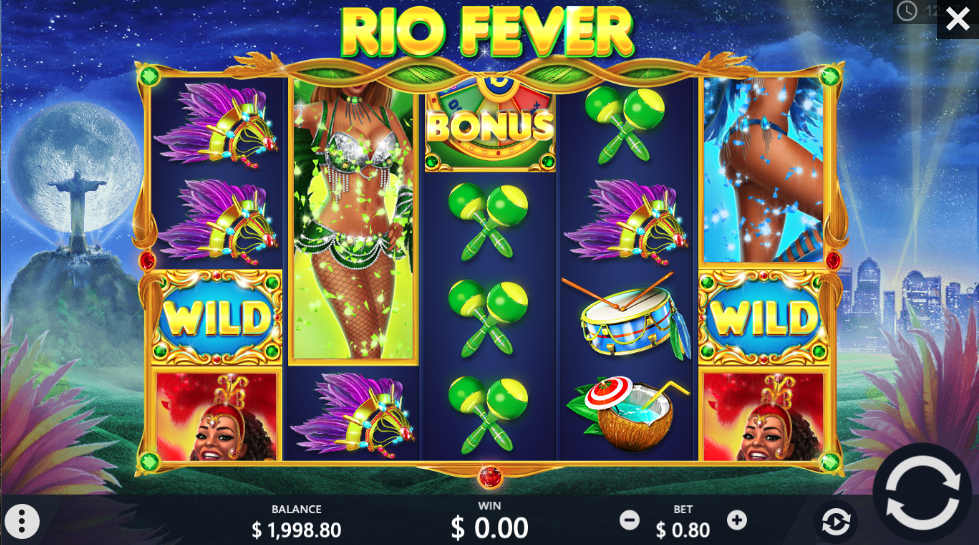 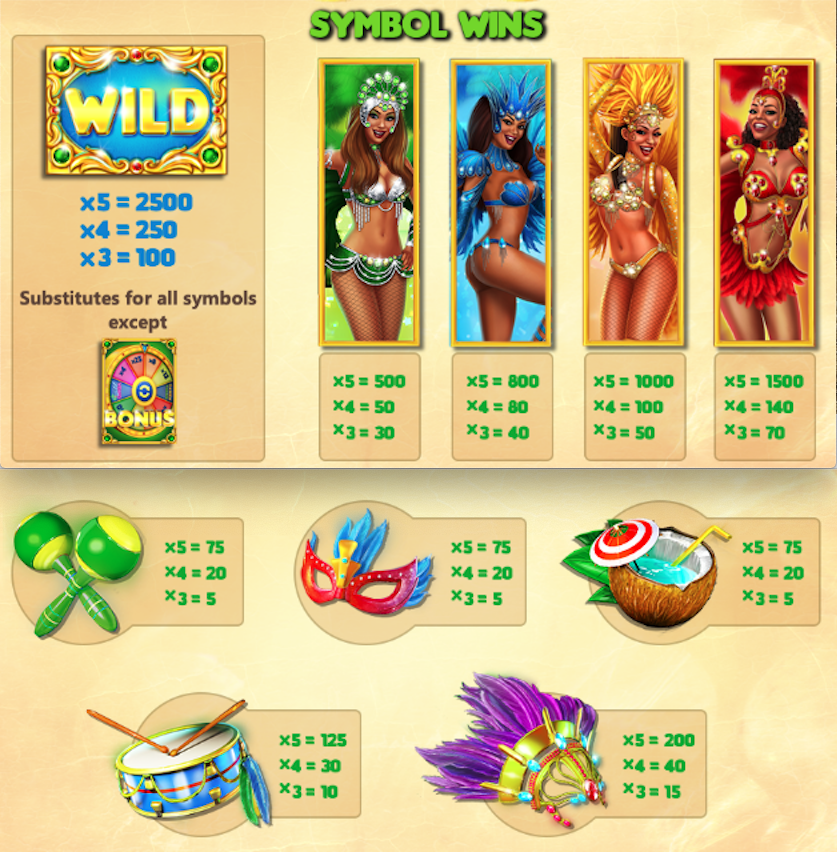 The Rio Carnival is one of the world’s great street parties and it’s only right that it should be celebrated by online slot machines such as Rio Fever; this colourful game is developed by Pariplay and it offers players two free spins modes and wild features.

Rio Fever is a five reel slot with four rows and forty fixed paylines; the golden reels float against a backdrop Rio’s searchlights and the statue of Christ the Redeemer silhouetted against the full moon.

The highest value symbols are four scantily-clad girls in green, blue, orange and red outfits; lower values include the maracas, the mask, the coconut cocktail, the drum and the purple-feathered headdress. The golden ‘Wild’ is is wild and it will replace everything except for the wheel bonus symbol.

This can occur at any time in the base game and there’ll be a firework display which will add some extra wild symbols to the reels for this spin.

Landing at least three of the wheel bonus symbols anywhere in view will trigger this feature and you’ll now get to spin this Wheel of Fortune which will award one of the following features:

Rio Fever is one of the better carnival-themed slots we’ve played – the animations are colourful and entertaining and the features seem to hit regularly – we like it!