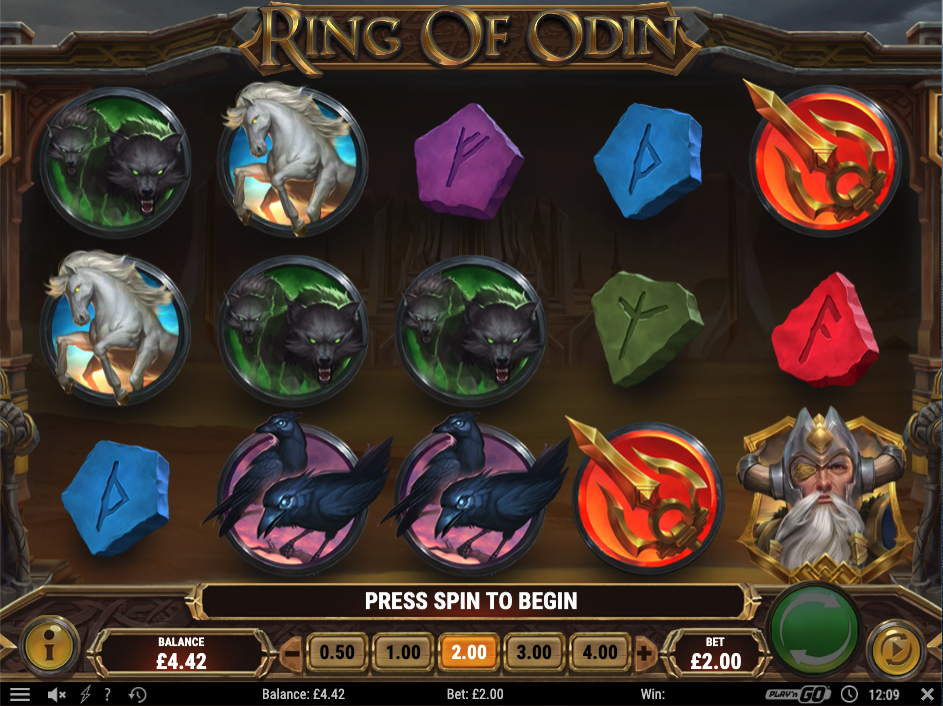 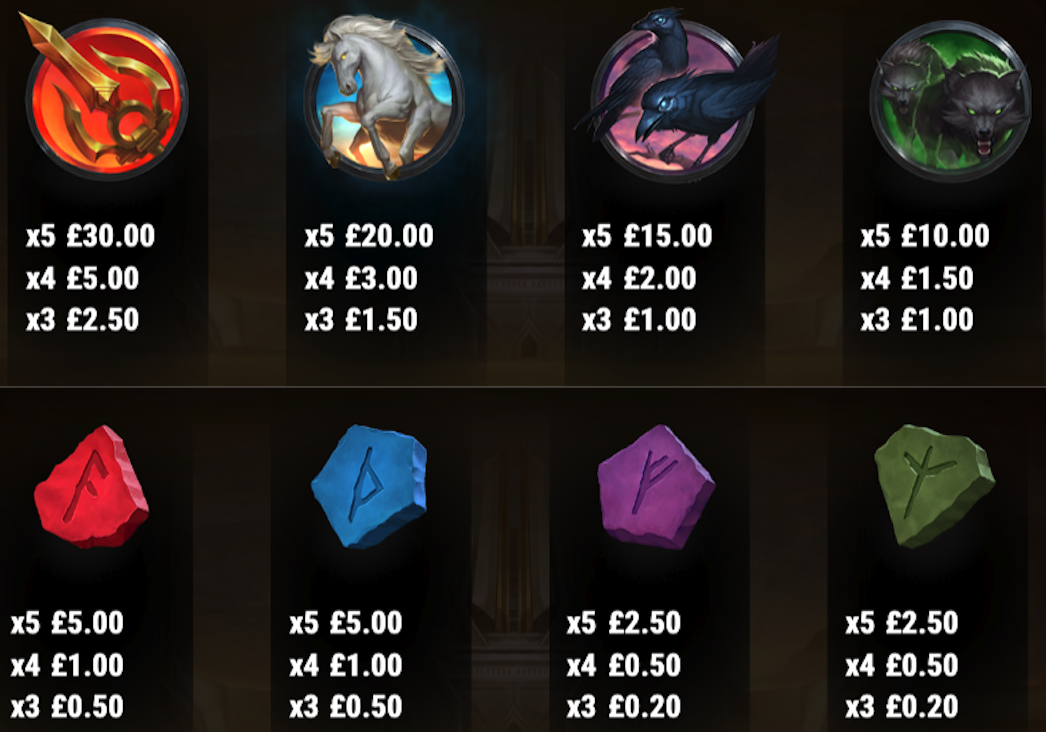 Norse mythology has provided us with the theme to many online slot machines over the years and here’s one more to add to that list – it’s called Ring Of Odin, it’s developed by Play N Go and it offers players free spins, respins and Odin’s powerful ring.

Ring of Odin is a five reel slot with three rows and ten fixed paylines; the rugged Scandinavian landscape forms the backdrop to the stone and metal reels, guarded by fierce statues on either side.

The four higher value symbols are all associated with Odi and include his spear Gungnir, his eight-legged horse Sleipnir, his ravens Huginn and Muninn and lastly his wolves Geri and Freki; four runes on coloured rocks make up the lower values. Odin himself is wild and he’ll replace all standard symbols to help form winning combos; the eye is the scatter symbol.

This can be activated randomly on any spin and the Ring will appear in the centre of reel three; the symbol which lands in this position is selected and the number of these which land on reels two, three and four (now all marked by Rings) determines the number of Draupnir Respins which are awarded. Each Draupnir Respin fills all positions on reels two, three and four with the selected symbol for (hopefully) some big wins.

This is triggered by landing three of the scatter symbols on reels one, three and five during the base game will award four free spins with odin’s Ring always present on the reels. Landing a scatter symbol in Odin’s Ring during this round awards one Multiplier Spin in which the Odin’s Ring feature starts and the number of scatters on reels two, three and four equals the win multiplier for the whole round. Multiplier Spins can also be triggered from the Odin’s Ring in the base game.

Ring Of Odin brings us a good-looking, Norse-themed slot with a feature which is both quite complex and entertaining at the same time; it can certainly be profitable for the luckier players which hopefully will be you!