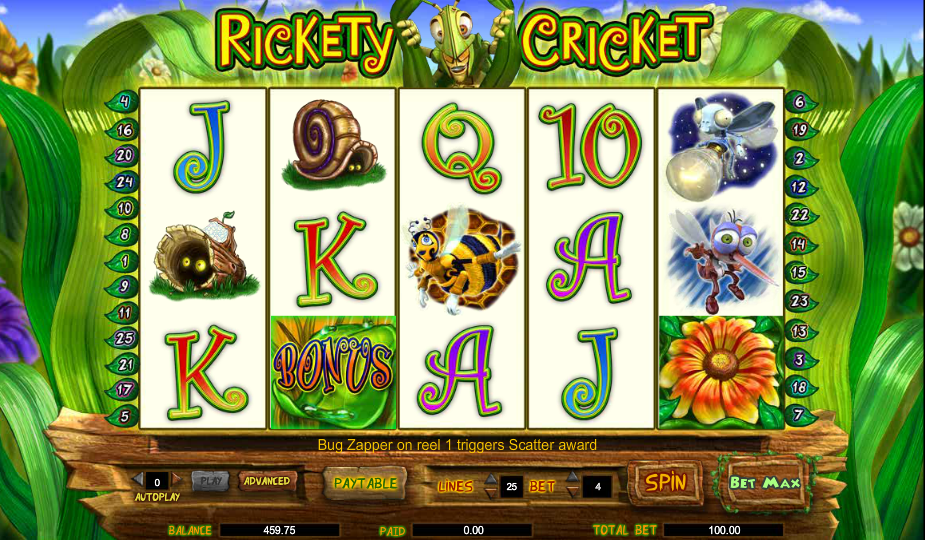 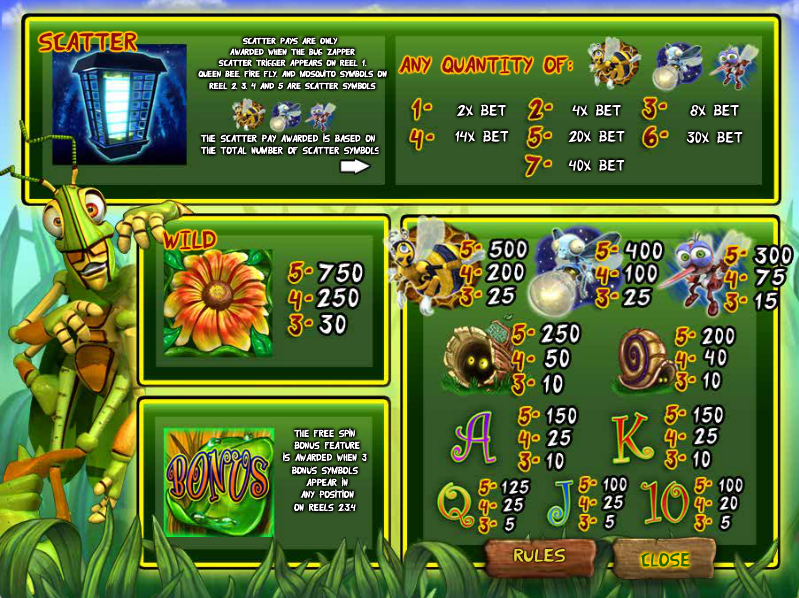 The first thing that seems to spring to mind when you load up Rickety Cricket is those animated films from Disney, Pixar et al which feature various animals and insects in the title roles. The graphics are familiar, as is the music and it’s an atmosphere which makes you want to spin the reels. It’s developed by NextGen Gaming and you can read all the essential details in the review below.

Rickety Cricket is a five reel slot with three rows and up to twenty five paylines; we are of course occupying the small scale world of the cricket here and so the backdrop features gigantic blades of grass and huge daisies. Our heroic cricket peeks out from the undergrowth above the reels.

There are five theme-related symbols including the queen bee, the firefly, the mosquito, eyeballs inside a log and a snail; 10, J, Q, K and A make up the lower values.

Special symbols include the bug zapper, the sunflower wild and the leaf bonus symbol which activates the main feature.

This is an interesting little feature and it revolves around the bug zapper which appears only on reel one; every time it does the queen bee, the firefly and the mosquito become scatter symbols and pay out accordingly. Without the zapper they act as normal symbols.

This round is triggered by landing three of the leaf bonus symbols in any position on reels two, three and four; you will now receive 8 free spins initially and a random multiplier of 2x, 3x, 4x, 5x or 8x is determined for any wins before the spins start.

It’s possible to re-trigger this round by landing three more bonus symbols up to a maximum of 98 free spins.

Rickety Cricket is a good-looking and enjoyable way to spend some of your reel spinning time; we found it a little tricky to trigger the bonus features but that’s just our bad luck. It’s worth checking out with an RTP of 94.78%.