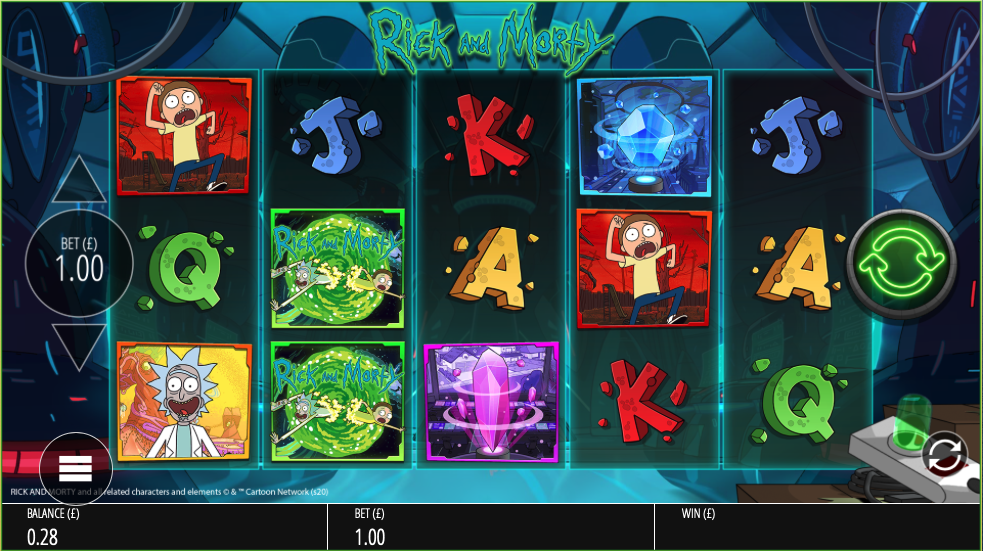 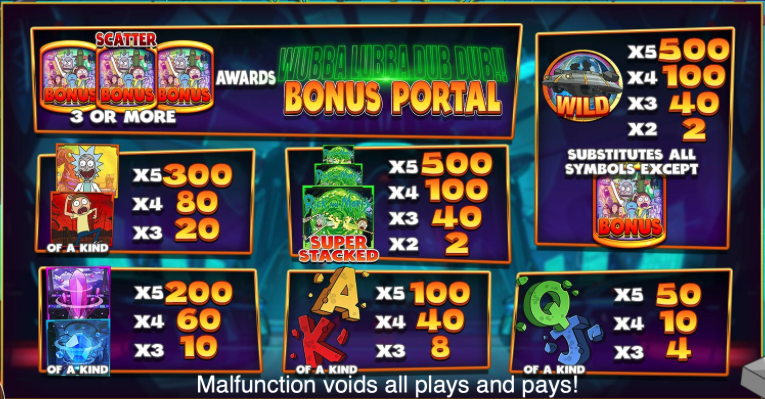 Behold the return of two of the Cartoon Network’s funniest characters in this online slot from Blueprint Gaming; it comes with the lengthy title of Rick & Morty Wubba Lubba Dub Dub! and from £0.10 per spin it offers loads of base game modifiers along with plenty of themed bonus features.

Rick & Morty Wubba Lubba Dub Dub! is a five reel slot with three rows and twenty fixed paylines; the wires and futuristic machinery of their lab creates the backdrop to those reels.

The theme-related symbols include Rick, Morty, the green portal and the blue and purple jewels; J, Q, K and A make up the lower values; their spaceship is wild and the Bonus icon is the scatter symbol.

The following long list of mini-features can be triggered at random on any spin:

Landing at least three of the bonus symbols anywhere in view will trigger this feature and there’s a short animation after which one of the following features will be awarded:

Well that’s a lot of bonus features squeezed into one slot so Rick & Morty is clearly a game for those who appreciate the extras; of course fans of the show will also appreciate this official tribute to two very funny characters.