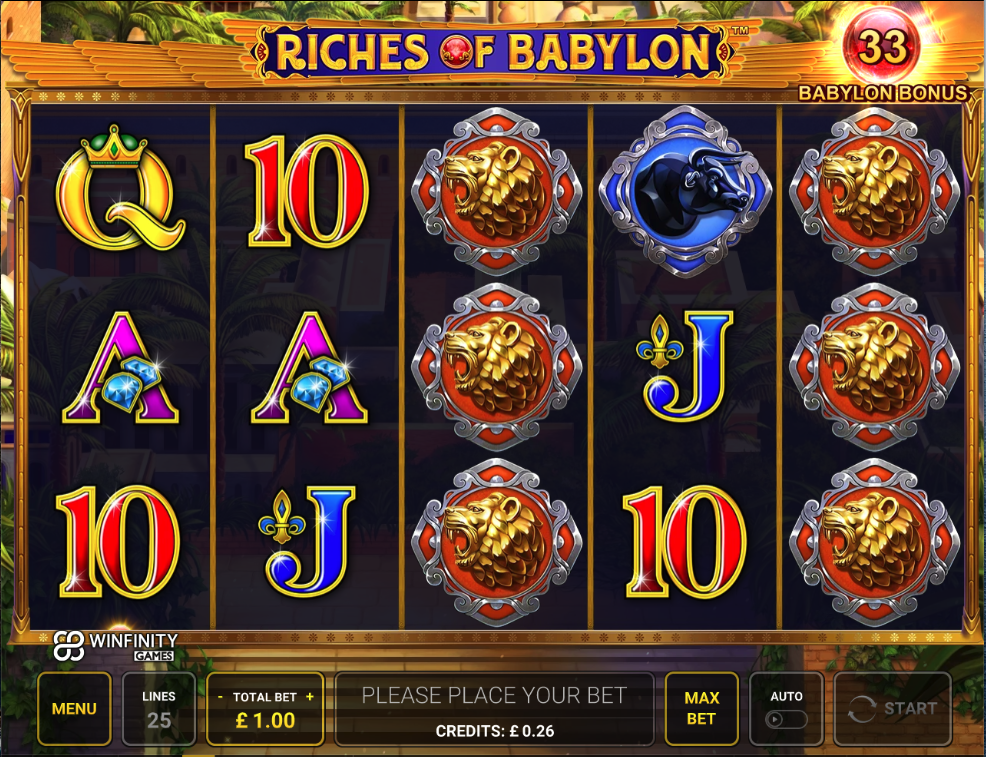 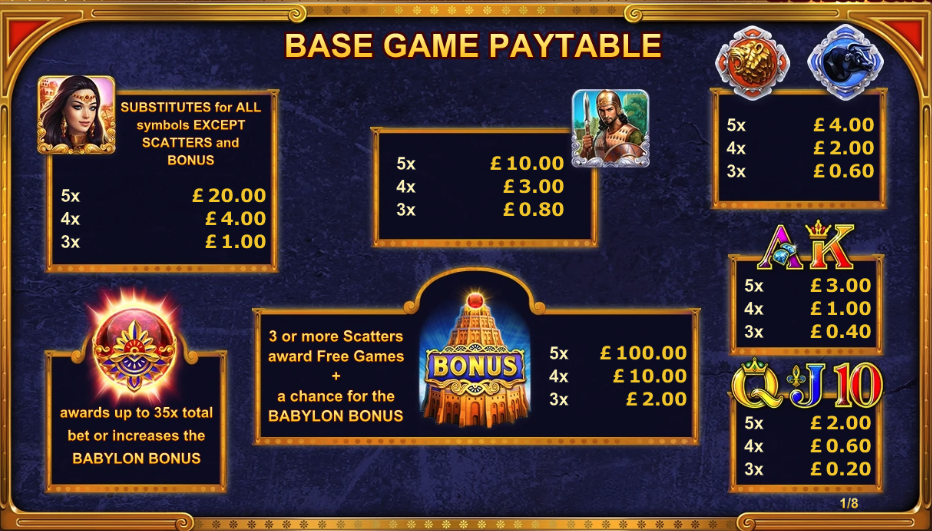 Online slots based on the ancient capital of Mesopotamia are few and far between but here’s one called Riches of Babylon – it’s developed by Novomatic/Greentube and it flows the fortunes of Semiramis, the heir to the throne of Assyria, who’s doing her best to award free spins and the Tower feature.

Riches of Babylon is a five reel slot with three rows and twenty five fixed paylines; behind those reels there’s a lofty view of this ancient city in which flat-roofed buildings and palm trees shade the residents from the desert sun.

High value symbols include the soldier, the lion and the bull; 10, J, Q, K and A represent the lower values. Seriramis is wild and she’ll substitute for all others except for the tower scatter and the ruby bonus symbols.

Landing at least three of the tower scatter symbols anywhere in view will trigger this feature and the first thing to do is spin the wheels on the tower to determine the number of spins (8-25) and the win multiplier (2x-5x). You may also land on the Babylon Bonus (explained below). Wild Seriramis is stacked during this round and she’ll cover her whole reel when she appears.

Above the reels is the Babylon Bonus number and this may be incremented by one each time a ruby bonus symbol lands on the reels – the other possibility is an instant award of up to 35x the line stake.

Riches of Babylon is a fast-moving and colourful slot with two free spins features, one of which is guaranteed to hit if you play for long enough; it’s also an unusual theme which adds a little bit of historical interest.