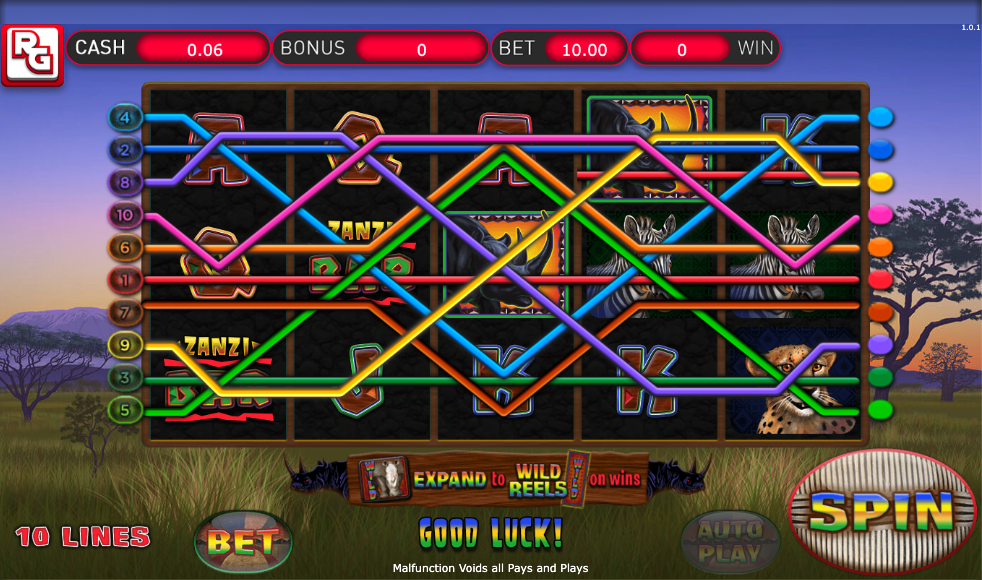 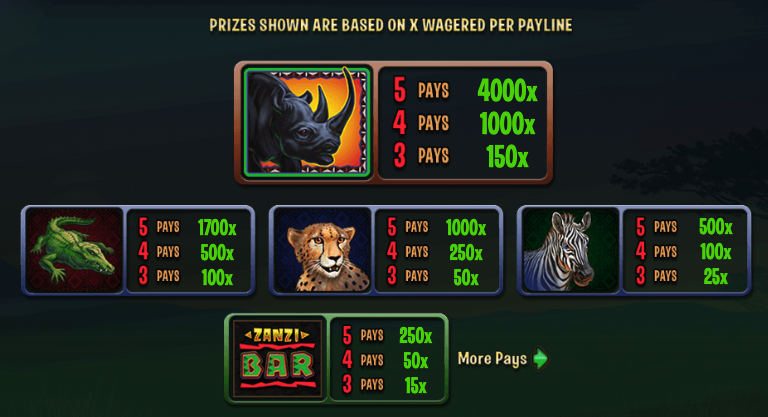 The wild plains of Zanzibar are the virtual destination for online slots fans now as we take a look at this safari-themed release from Rapid Games; it’s called Rhino Mite and it offers players expanding wilds, locked wilds and free spins.

Rhino Mite is a five reel slot with three rows and ten fixed paylines; those reels float above a grassy plain dotted with baobab trees with mountains in the distance blocking out the setting sun.

A range of wild animals represent the higher value symbols and they are the silhouetted rhinoceros, the alligator, the leopard, the zebra and the Zanzibar logo; J, Q, K and A make up the lower values.

The wild symbol is the head-on rhino and he appears on reels two, three and four in the base game; he’ll substitute for all standard symbols to help form winning combos and he’ll also also expand to fill all positions on his reel. The drums are the bonus symbols.

This is triggered by landing three, four or five of the drum bonus symbols anywhere in view for which you will receive 10, 15 or 20 free spins respectively. The enhancement during this round is that the wild rhinos on reels two, three and four will now expand and lock in place until the round ends with the potential for some really big wins. Unfortunately though it’s not possible to trigger any more spins from within the feature.

Rhino Mite is a quite a basic slot in terms of graphics and gameplay but it’s got plenty of free spins available and the potential for some big wins in the feature – it’s also the first slot we’ve reviewed base in Zanzibar!