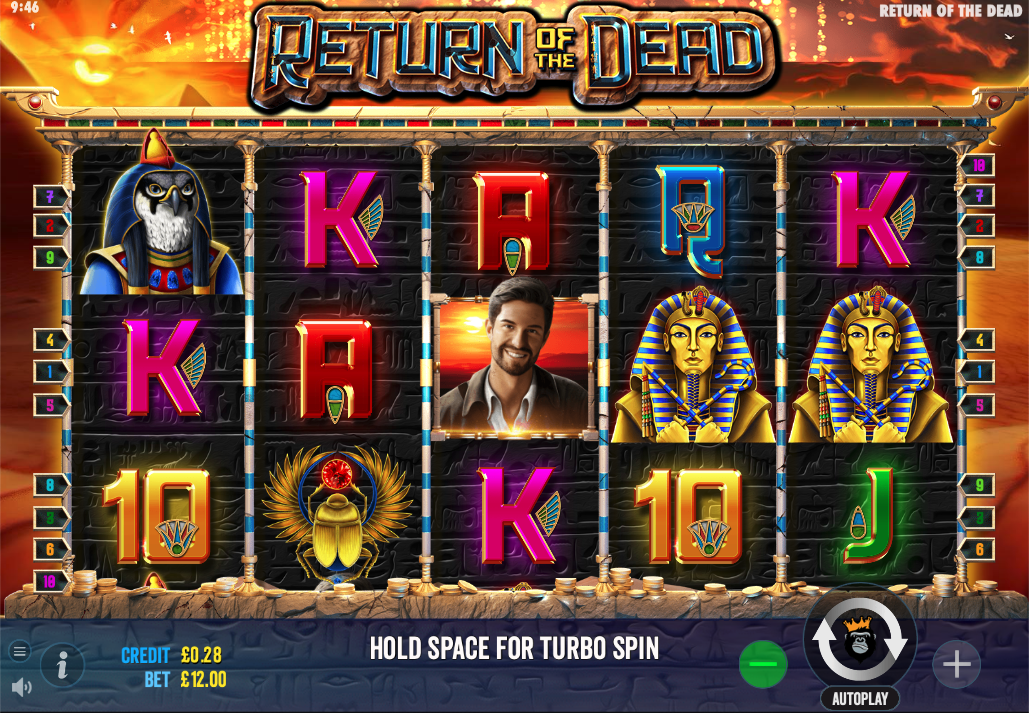 Egypt is a fertile ground for the designers of online slot machines and it’s also a regular haunt of John Hunter, the hero/grave robber of several previous games from Pragmatic Play; in Return of the Dead he’s back once more to locate the mysterious book which will reward players with free spins.

Return of the Dead is a five reel slot with three rows and ten fixed paylines; red skies and red sand occupy the background to those ornate reels under which are stacked piles of gold coins.

High value symbols include John Hunter, the sarcophagus, the golden scarab beetle and the god Horus; the red book is both the scatter and the wild symbol and it will replace all other symbols to help make winning matches.

Return Of The Dead Bonus Features

Landing at least three of the red book scatter/wild symbols anywhere in view will award an initial ten free spins but it’s possible to trigger ten more in the same way an infinite number of times.

Before the round starts one symbol will be picked at random and when it lands it will expand and cover all positions on its reel – this symbol can then payout without being on a payline, as long as they are on at least three different reels.

There’s nothing particularly wrong with Return of the Dead but we’ve preferred John Hunter’s previous outings and this seems like a slightly tired trip in comparison; perhaps the one high spot is a relatively high RTP of 96.71%.