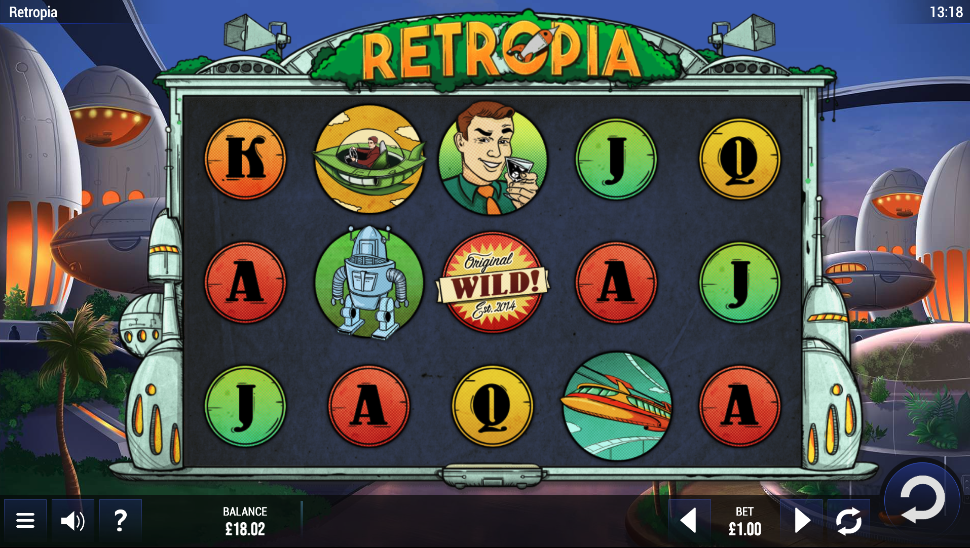 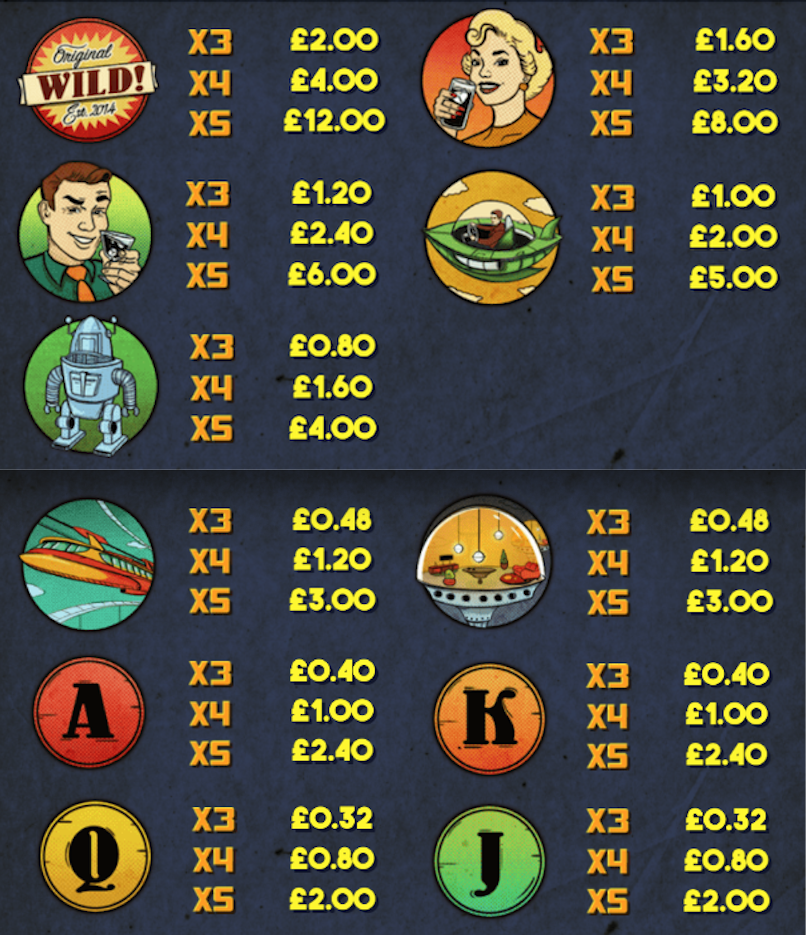 Back in the 1960s and 1970s the future was imagined in a certain way and this online slot from Epic Industries gives us a glimpse of what was thought to be in store – it’s called Retropia and from £0.25 per spin it offers players The Transmutation Device and free spins.

Retropia is a five reel slot with three rows and twenty five paylines; egg-shaped buildings beloved of those futuristic TV shows fill the background along with palm trees and other tropical plants.

High value symbols include the male and female leads from this story, their helpful robot, a small flying craft; a monorail and some sort of dome; J, Q, K and A are the lower values. The ‘Wild’ is wild and the bonus is the special symbol.

The two loudspeaker things above the reels are the Transmutation Devices and they’ll activate randomly during the base game, selecting a symbol which will then spin and point to an adjacent one, turning itself and the neighbouring symbols wild in the process. If one position gets selected more than once in a single spin it will get an increases multiplier.

The bonus symbols can appear stacked in this game and so it takes five of them to trigger the initial seven free spins – each additional bonus symbol will award one more spin so there’s seventeen available for the very lucky players. More spins can be triggered during this feature in the same way.

During this round between one and three Transmutation Devices are guaranteed to work on every spin meaning lots more wilds and more chance of multiplier wilds when they overlap.