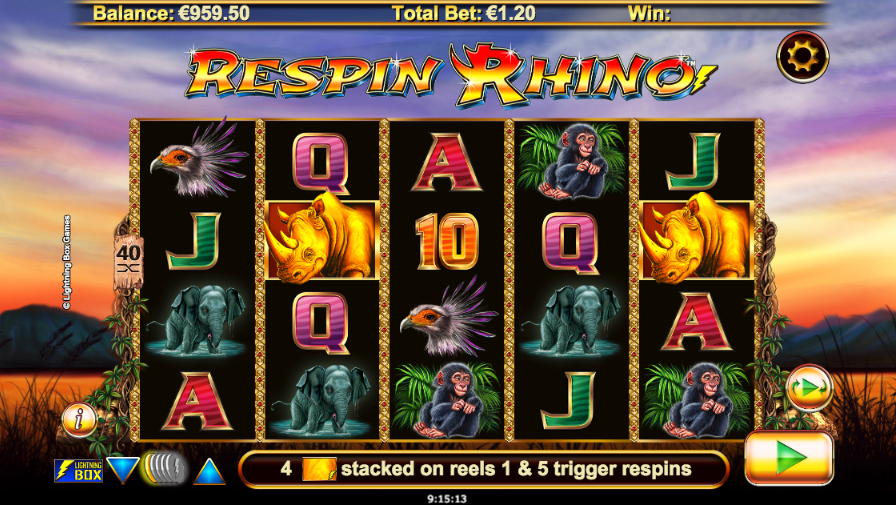 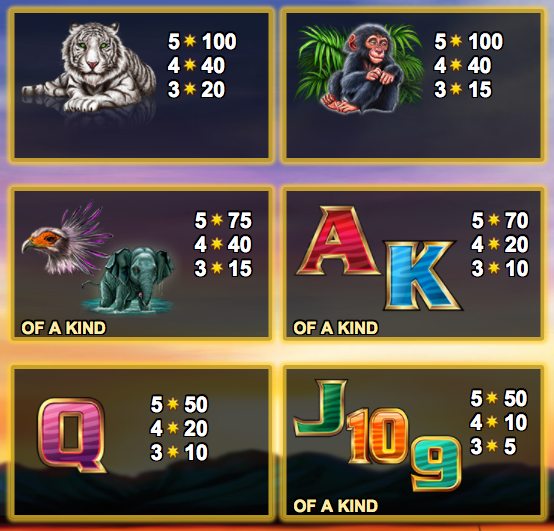 The tribes and animals of some nameless African country are our destination right now as we take a look at this online slot machine from Lightning Box; it’s called Respin Rhino and it’s that huge creature which activates the money-making features.

Respin Rhino is a five reel slot with four rows and forty fixed paylines; gentle tribal music and animal noises provide the soundtrack to the gameplay and those reels spin against a backdrop of the sun setting over a placid lake.

The high value symbols include the rhino, a tiger, a monkey, an eagle and an elephant; 9, 10, J, Q, K and A represent the lower values.

The scantily clad lady is wild, she appears only on reels two and four and she will replace all others to help form winning combos – she will also expand to fill all positions on her reel (and do a little dance) if a win is possible.

As you spin the reels you will notice that some symbols can appear against a gold background – the Rhino Respin feature is triggered by filling reels one and five with matching symbols.

You will now be awarded three free respins with reels one and five filled up with gold rhino symbols; the good news is that any wild symbols landing during this round will reset the number of spins to three, expand and remain in place until the feature ends.

There’s a nice atmosphere to Respin Rhino which is certainly helped by the relaxing sound effects; the graphics are not quite state of the art but they’re cheerful and colourful and there’s some wins to be had in the feature. This game comes with an RTP of 95.62%.