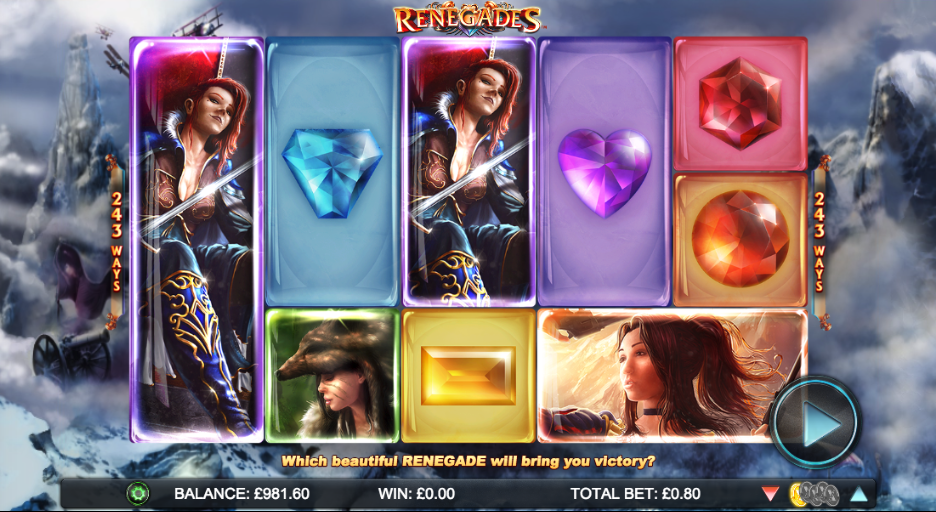 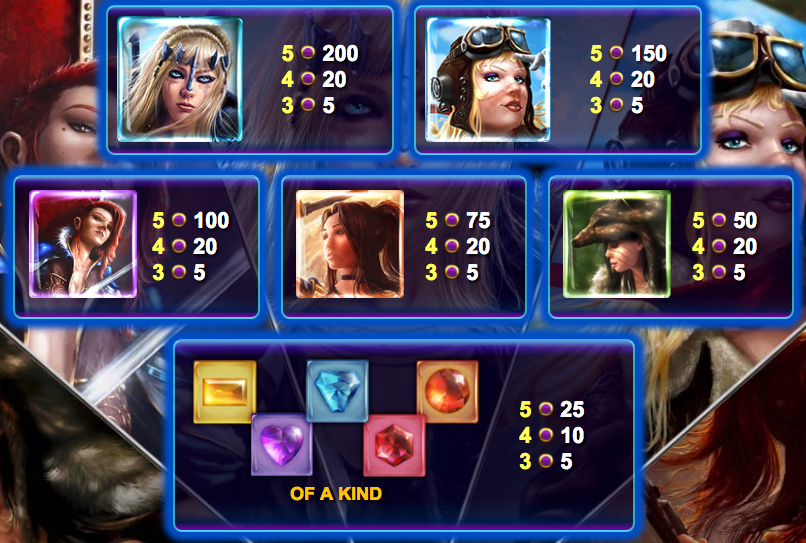 Online slots with a fantasy theme come in many different flavours and Renegade is a releases which looks to offer something a little extra; it’s developed by NextGen Gaming and it tells the story of five female characters throughout the ages, each notable for their abilities and achievements.

Renegades is a five reel slot with three rows and 243 ways to win which means that wins are formed as long as matching symbols are in adjacent reels starting from the left hand side; a backdrop of towering mountains complements those reels on which the symbols can appears expanded horizontally as well as vertically – in fact they can also appear as giant 3×3 icons to offer even more winning potential.

The five higher value symbols are the five ladies from across time and they are Raffaela Blaze, Harries Hellstorm, Freya (Valkyrie of Valhalla), Valda Dragonslayer and Ivy Sabreclaw; five coloured gems represent the lower values.

The wild symbol is a golden ‘Wild’ which will substitute for all others to form winning combos except for the icy blue bonus icon.

On any spin, two or three reels may lock together, creating larger symbols which can be up to 3×3 reel positions in size and perhaps the catalyst for some big wins. 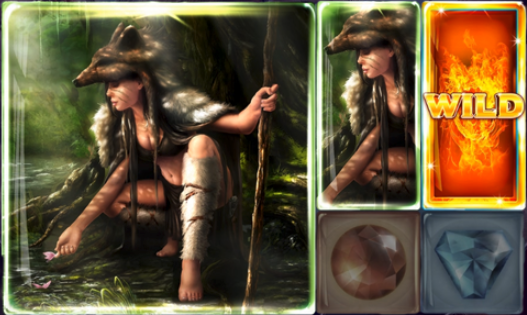 This is triggered by landing three or more of the blue bonus symbols anywhere in view and you will receive eight free spins initially; during the spins only one of the ladies will appear on the reels along with all the other symbols (including wilds and bonus icons).

More spins can be triggered by landing three more bonus symbols during this round.

Renegades offers some very welcome female leads and some unusual gameplay in a slot which looks good and includes an interesting free spins round; it comes with an RTP of 96.37% and it’s fair to say that the bigger wins are largely in the features with lots of smaller ones in the base game.