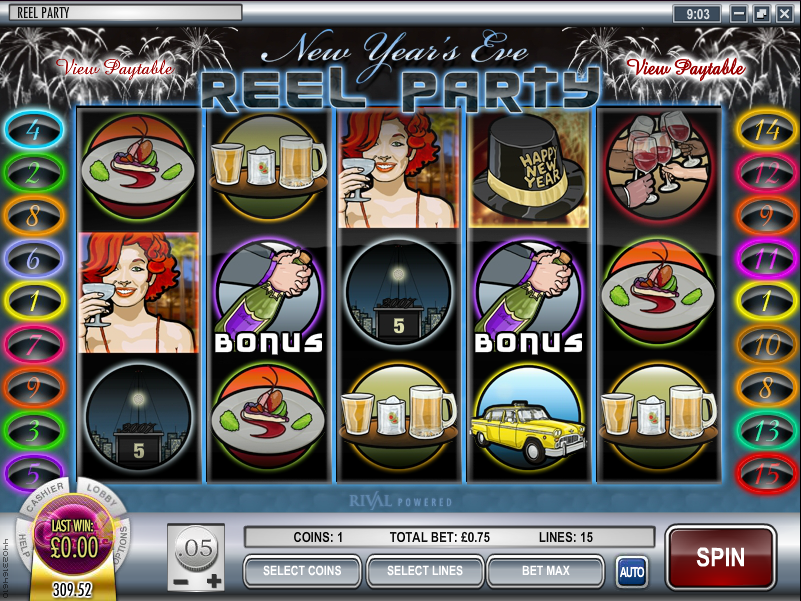 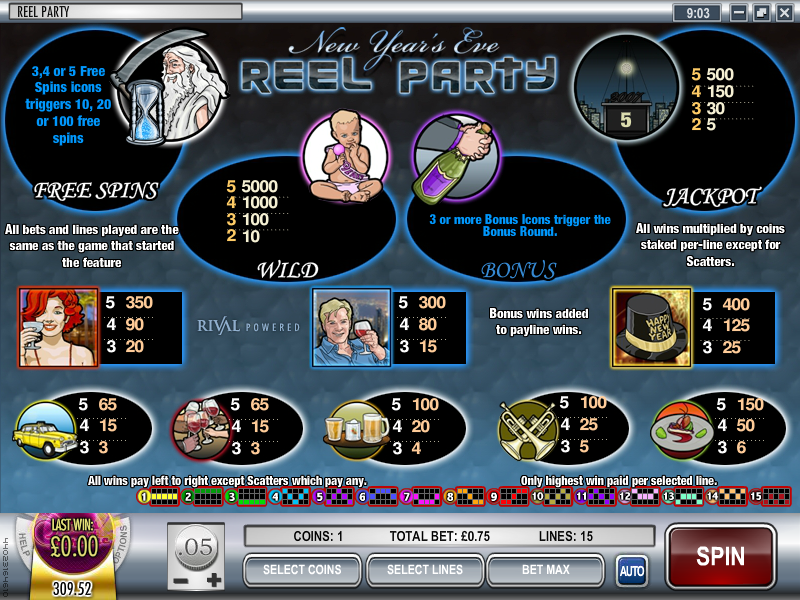 It’s the 31st December, it’s New Year’s Eve and if you’ve planned things properly you’re in a bar with some friends, waiting for the countdown which will signify one more year ticked off in the journey of your life. Reel Party is an online slot from Rival Gaming which celebrates the transition from one year to another with two bonus games and a slightly odd wild symbol.

Reel Party plays out over five reels and twenty paylines and there’s no real backdrop to this game except for a couple of bursts of fireworks exploding over the reels.

All the symbols are NYE-related and include some party food, a pair of trumpets, beers, wine, a taxi (no doubt overcharging), a jaunty hat, male and female revellers and then one of those devices which rises on strings to mark the approach of midnight.

For some reason the wild symbol is represented by a baby and there are two scatter symbols – a white-haired guy with a scythe and a bottle of champagne – which trigger the features.

The white-haired chap with the scythe is the trigger for this feature and you will receive the following for landing him anywhere in view:

During the spins, all wins will be multiplied by 3x and it’s also possible to re-trigger those spins by landing more scatters.

To trigger this feature you will need to land three or more of the opting champagne symbols anywhere on the reels. This is quite a brief game and you will be asked to pick three champagne bottled from those on show. Each bottle picked will be worth a prize amount after which you will head back to the base game.

The features are triggered by scatter symbols so if you’d just like to aim for those you can minimise your stake and play with one payline only. However any prizes will be proportionately less.

There’s not much to mark this slot out from the crowd and the features are a little dull but it’s colourful enough with an unintrusive soundtrack. Give it a go but don’t tarry for too long.