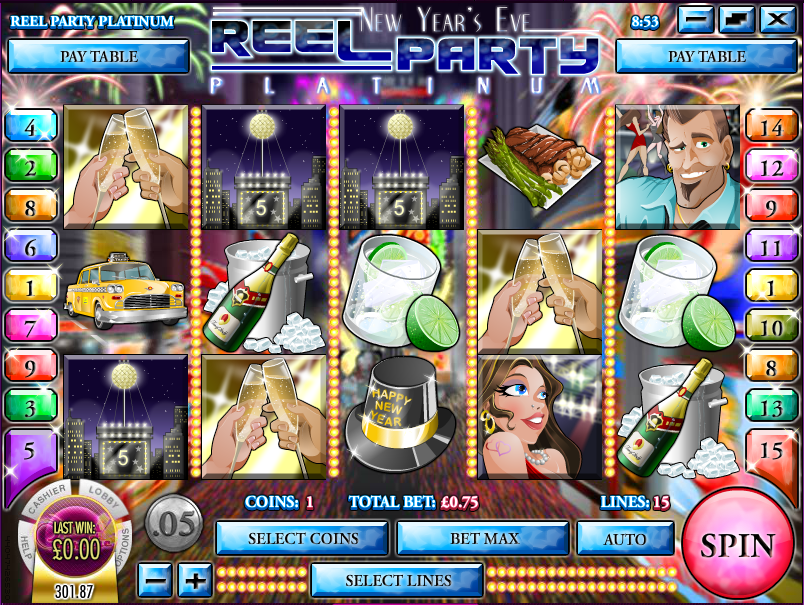 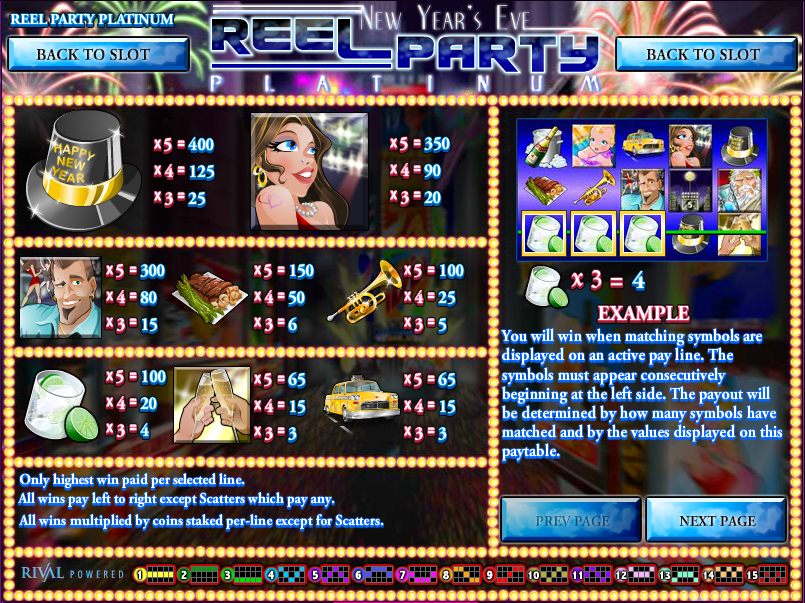 If you’re thinking about whether to check out Reel Party Platinum from Rival Gaming then you may already have played Reel Party; like this game it’s theme is New Year’s Eve in New York city so what we expect from the platinum version are some slightly sharper graphics, funkier animations and a couple of bonus games. Read on for more information.

Reel Party Platinum is a five reel online slot with fifteen paylines and, like it’s predecessor, it’s riot of colour and celebration all centred on the 31st December of any particular year.

NYE- related symbols abound here and they include a yellow taxi, a pair of clinking champagne glasses, a stiff drink, a trumpet, a meal, male and female revellers and a jaunty hat. The jackpot symbol is one of those glowing balls which descends to mark the new year.

For some reason the wild symbols is once again a baby and there are two scatters – some champagne and a god-like character with an hourglass – which activate the features.

There are plenty of celebratory free spins on offer here; they’re triggered by landing three or more of the hourglass-clutching chap anywhere on the reels and they are awarded in the following manner:

Each win will be multiplied by 3x and it’s possible to re-trigger the spins by landing three+ more scatters.

This second feature is triggered by landing three or more of the champagne/ice bucket symbols anywhere on the reels.

You will be urged to get the party started and then whisked to a screen displaying a number of champagne bottles. All you have to do is select three bottles for three cash prizes after which you will be returned to the main game.

Reel Party Platinum doesn’t really add much to the original but of course if you liked that one then you’ll like this also. We find the sound effects a bit grating but it’s easy enough to switch the noises off.