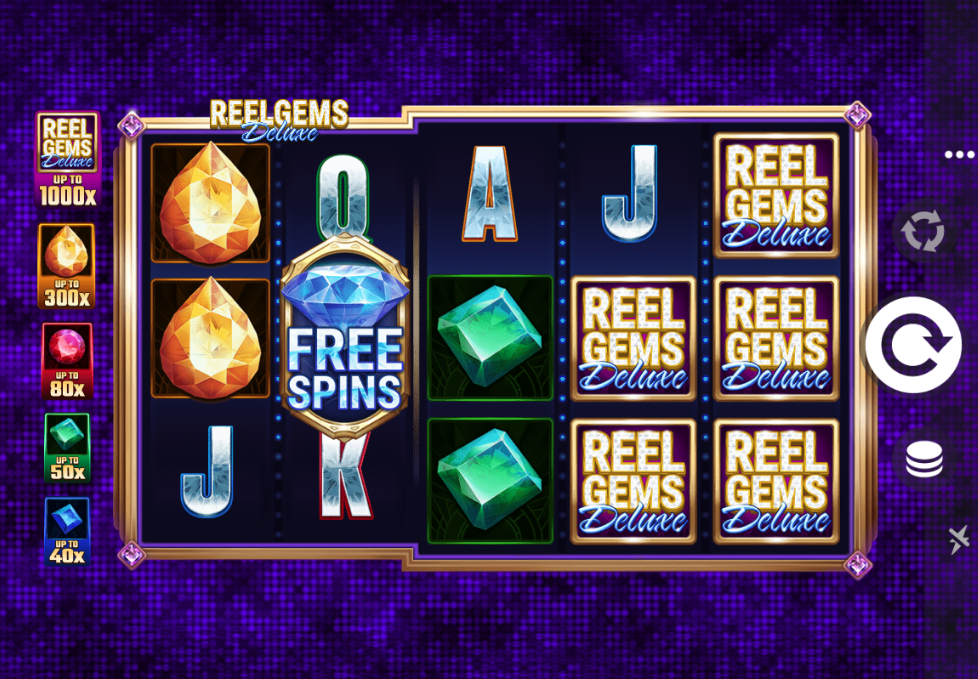 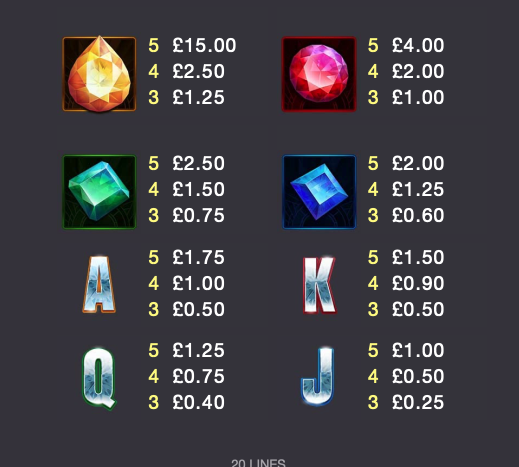 It would only take a few big wins to enable us to afford the sort of jewels which form the theme of this online slot from Microgaming/Alchemy Gaming – it’s called Reel Gems Deluxe and it’s a sequel to the popular (but dated) Reel Gems game. From £0.20 per spin it offers players free spins, Radiant Spins and Hyperspins.

Reel Gems Deluxe is a five reel slot with three rows and twenty fixed paylines; there’s a glitzy, backlit atmosphere with the Radiant Trail shown to the left.

Gems in yellow, red, green and blue make up the higher value symbols while J, Q, K and A represent the lower values; the Reel Gems Deluxe logo is wild and it will replace everything except for the Free Spins diamond scatter symbol to help create winning matches.

Landing three, four or five of the diamond scatter symbols anywhere in view will award 5, 7 or 10 free spins respectively; the Radiant Trail comes into play here and to start with the blue gem will appear stacked on reels one and two with a giant wild and a retrigger symbol on the other reels.

If you can land a retrigger symbol completely in view then the next gem (green, pink, yellow, etc….) will be stacked and the same number of spins will be awarded again. Spins can be retriggered an unlimited number of times.

This occurs at random in the base game and a symbol from the trail will be selected to be stacked on reels one and two; as with the free spins a giant wild is added to the other reels.

Depending on your choice of casino you may be offered Hyperspins which allow players to respin a particular reel after a spin with the cost of that option relative to any potential win.

Reel Gems Deluxe is a worthy successor to Reel Gems with some updated graphics and a brand new feature in the shape of the Radiant Trail – it also comes with a relatively high RTP of 96.36%.