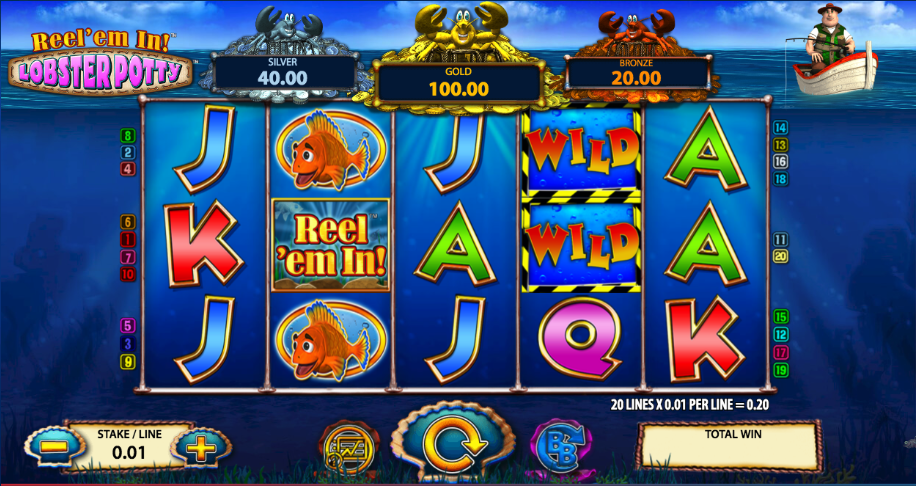 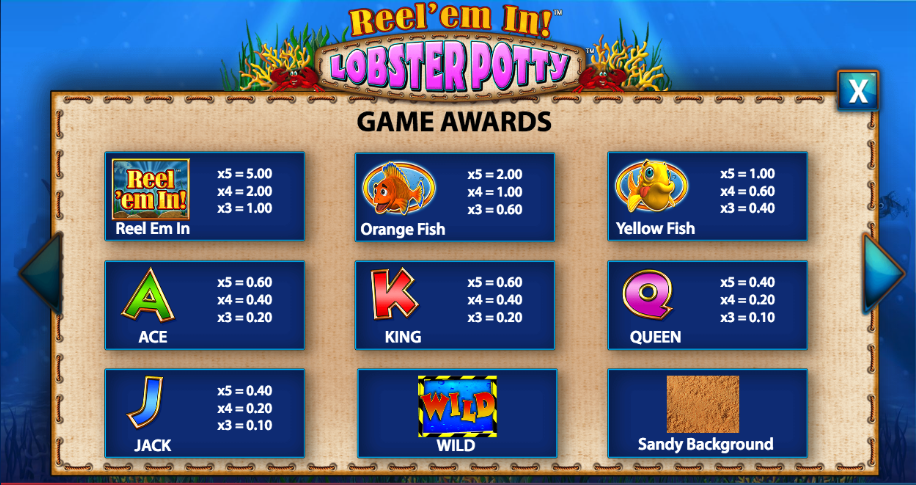 Vast areas of our deepest oceans remain unexplored but nearer the surface we’ve got a pretty good idea of what’s going on and in Reel ‘Em In Lobster Potty it’s all about fishing from a tiny boat; this snappily-titled game is developed by Barcrest and it comes with their proprietary Big Bet option.

Reel ‘Em In Lobster Potty is a five reel slot with three rows and twenty fixed paylines  and most of the reel spinning action takes place underwater where multicoloured fish swim back and forth near the sea bed; our fisherman is plying his trade in the top right hand corner.

The high value symbols include the game’s logo, an orange fish and a yellow fish and they are complemented by J, Q, K and A as the lower values.

The wild is a big ‘Wild’ which appears only on reels two, three and four and substitutes for all other symbols to form winning combinations.

This is triggered when every reel position has a background of sand and one of the following two features will be awarded:

You can pay a little extra for five linked spins with enhanced features as follows:

Reel ‘Em In Lobster Potty is an amusing game from Barcrest with a selection of features to aim for and of course that tempting Big Bet option; you should also use it because the RTP increases to 98.00% when using it.