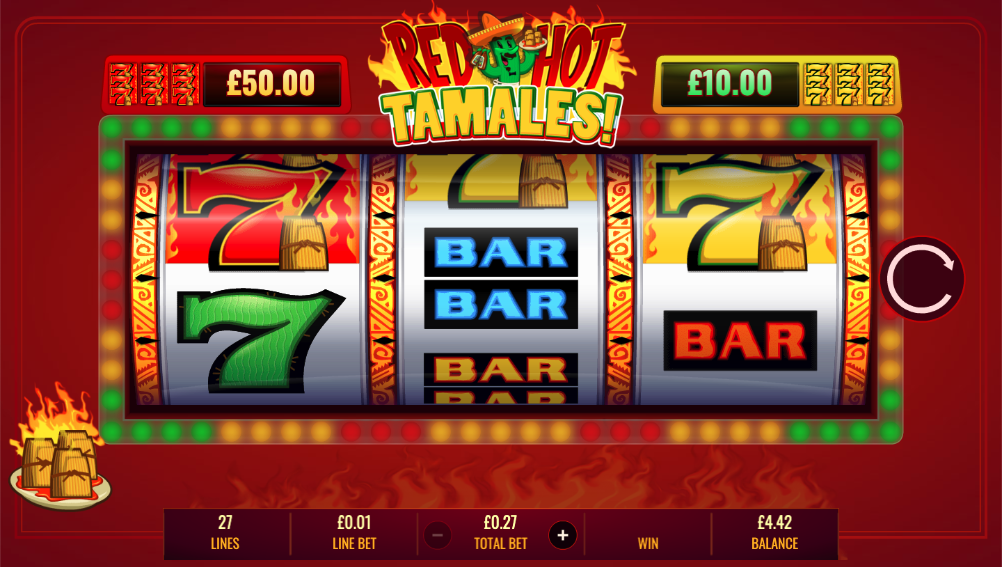 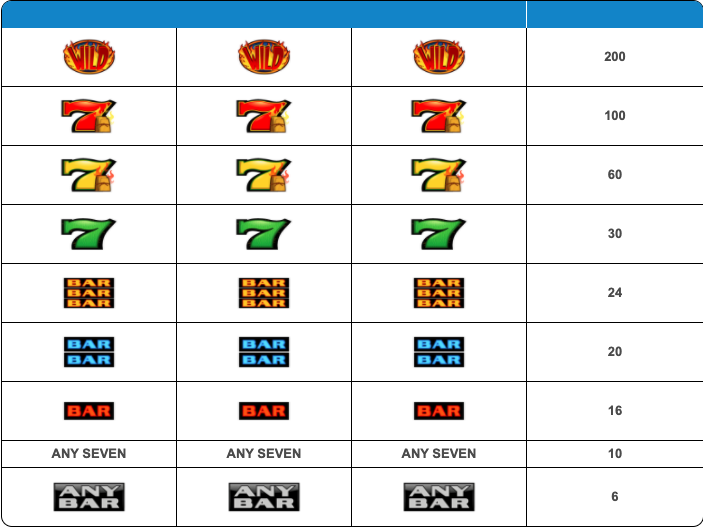 If you thought that the days of the three reel online slot were behind us then please take a few minutes to read our review of this release from IGT – it’s called Red Hot Tamales and it makes up for its lack of bonus features with speed and colour. Tamales (if you didn’t already know) are South and Central American steamed doughy snacks filled with meat or cheese and wrapped in banana leaves.

Red Hot Tamales is a three reel slot with one three rows and twenty seven fixed paylines; there’s a fiery red backdrop to those reels which spin within flashing lights under the flaming title. A pack of three toasty Tamales are waiting to be eaten in the bottom left hand corner.

The symbols will be familiar to most players and include red sevens, yellow sevens and green sevens along with triple, double and single bars; a mixed combo of sevens will pay 10x the stake and a mix of bars will pay 5x. The red ‘Wild’ against a flaming backdrop is the wild symbol and it will replace all other symbols to help form winning combinations.

You’ve probably already guessed that there are no bonus features in Red Hot Tamales but there are couple of added extras which you’ll need to achieve for the Blackout jackpot prizes:

Red Hot Tamales is a fast-moving and colourful example of how to produce a three reel slot – there are no bells and whistles but there are still plenty of players who prefer this style of game so if that’s you try it out!