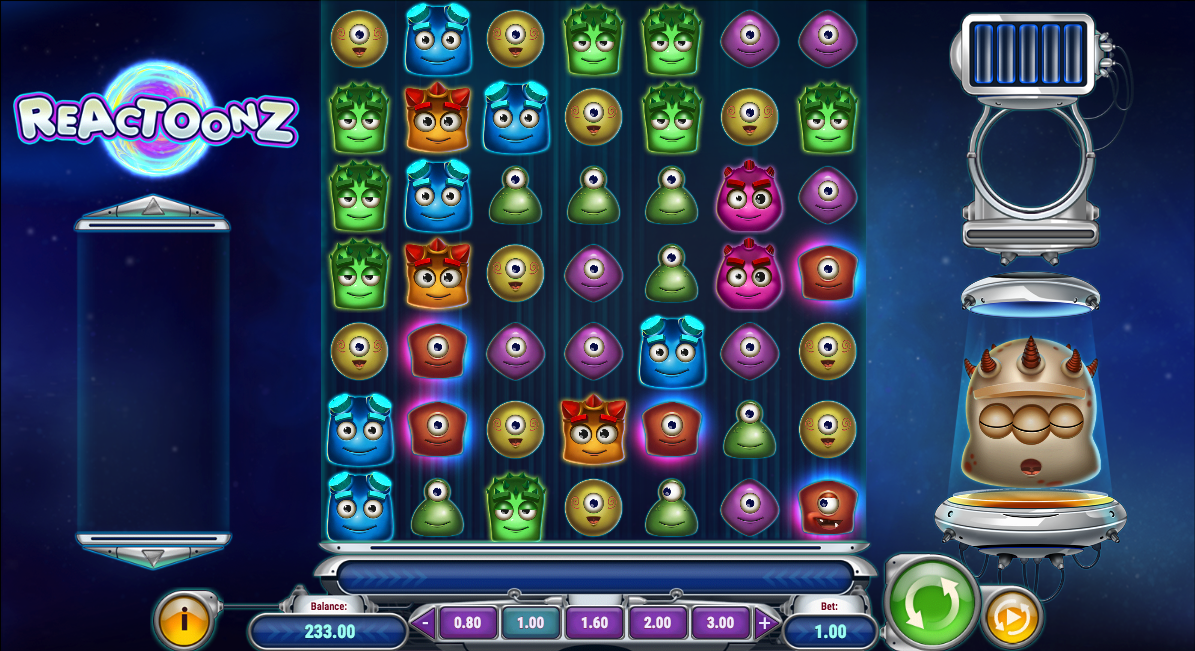 Cute characters, cascading reels and power-ups are the order of the day now as we check out this arcade slot machine from Play N Go; it’s called Reactoonz and you can find out everything you need to know right here.

Reactoonz plays out on a 7×7 grid into which the symbols fall in a bid to create matching combos of at least five, horizontally or vertically. New symbols will fall in to replace those that disappear as part of a combo. Any combos will be displayed in the container on the left hand side while on the right the Gargantoon waits below the Quantum device, both of which are explained below.

There are eight standard Reactoonz characters and they can best be described by colour – pink, green, orange, blue, purple, brown, dark green and yellow. 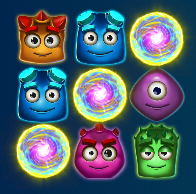 Wild symbols are created in this game – they don’t appear naturally on the reels but are formed in two ways:

Forming a 2×2 (or larger) square will result in that symbol becoming a 2x multiplier which will affect an subsequent combos it takes part in.

Every time you despatch 25 symbols during standard gameplay one of the Quantum features will be queued up to occur when the spins finish; this can happen four times and the features are shown in the pic below:

If you can go beyond the first four features the Gargantoon will wake up and be added to the reels as a 3×3 wild symbol; with the first successful cascade it divides into two 2×2 wilds and on the second it becomes nine single wild symbols.

Reactoonz is a lot of fun to play but it should be noted that this is a low variance game so although wins are regular they are rarely large. The attraction is in the Quantum features which do pay out more the further you progress.