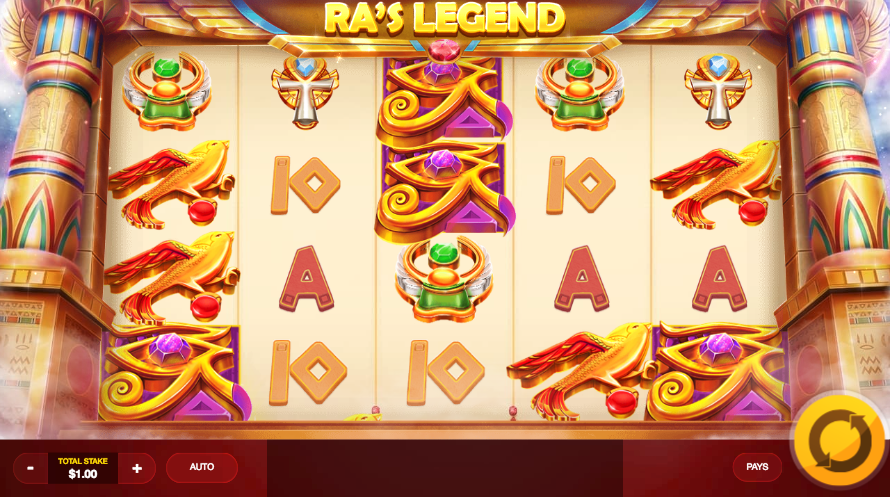 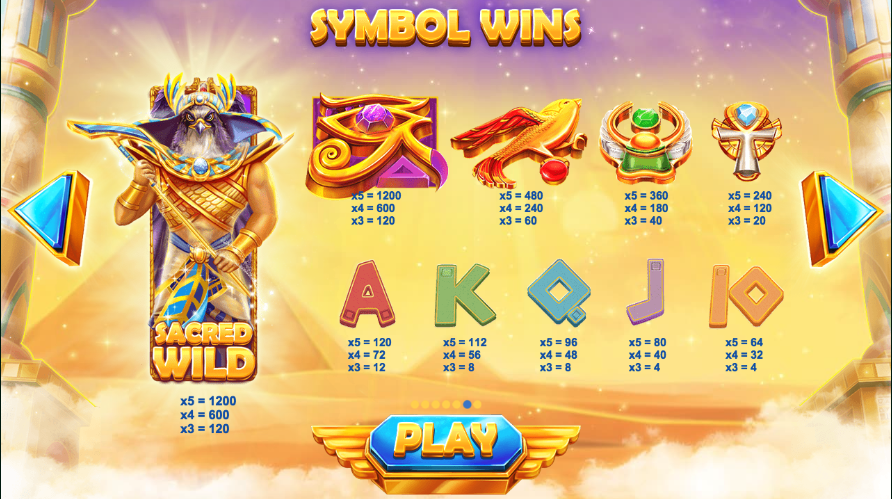 Online slots fans will no doubt already be aware that Ra slowly became one of the most important gods of Ancient Egypt, representing the sun and the underworld among his various other talents; Ra’s Legend is a release from Red Tiger Gaming in tribute to this deity and it comes with several themed bonus features.

Ra’s Legend is a five reel slot with four rows and forty fixed paylines; those reels spin in the entrance to Ra’s temple which is shadowed on either side by huge, golden, decorated columns.

The high value symbols are the Eye of Ra, the golden bird, what could be the headpiece to Ra’s staff and a bejewelled ankh; 10, J, Q, K and A make up the lower values.

Ra himself is wild and he’s big enough to occupy all four positions in view on any particular reel – however he only appears as part of one of the features described below. The two bonus symbols are the House of Ra and the Wheel Bonus.

Trigger this by landing at least three of the Wheel Bonus symbols anywhere in view and you’ll now get to spin a Wheel of Fortune which will award a multiplier of your total stake; lucky players may get a respin.

This is triggered by landing three or more House of Ra bonus symbols anywhere in view and you’ll get to play a picking game which will result in possible multiplier of 800x your stake.

This is randomly awarded and can earn you a prize of up to 1000x your stake.

This is where the big wild symbol comes in handy and you will see it fill all positions on a reel; you’ll now receive a number of respins with wild Ra locked in place.

This is randomly awarded and one reel will be transformed so that it contains only high value symbols, hopefully leading to a big win.

Ra’s Legend is a big, colourful and fast-moving slot with plenty of gold on show and multiple bonus features to enjoy; these features seem to hit regularly so you always feel as though something is happening. It’s good stuff and comes with an RTP of 95.26%.