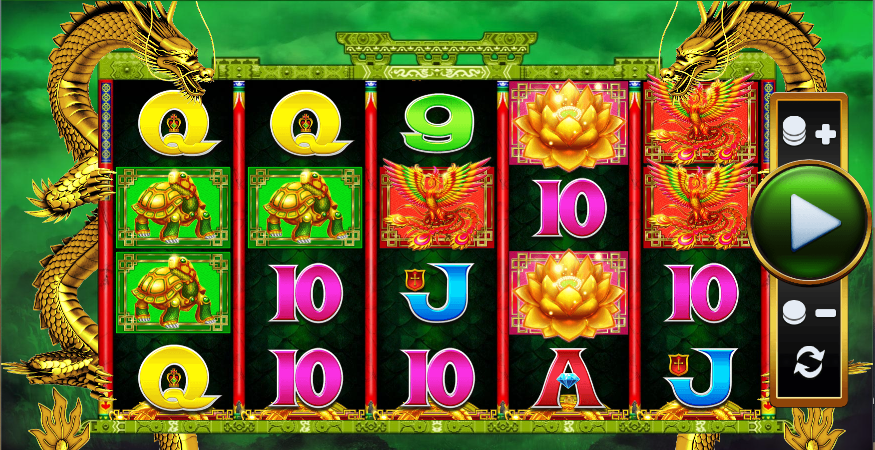 A mystical journey into Chinese legend forms the theme to this online slot machine from Rising Entertainment – it’s called Rank Up Dragon and it comes with base game features as well as plenty of free spins to enjoy – keep reading to find out more.

Rank Up Dragon is a five reel slot with four rows and fifty fixed paylines; the incredibly ornate jade reels are accessorised with slim, golden dragons which support them against a cloudy, green backdrop.

The higher value symbols include a tiered temple, a golden lotus flower, a phoenix, a lion and a tortoise; 9, 10, J, Q, K and A represent the lower values.

The wild symbol is a gold Chinese character which will substitute for all others to help form winning combinations except for the dragon scatter symbol.

The following mini-features can be triggered at any time during the base game:

Random base game features are a part of several Rising Entertainment slots and they work well when linked to the main feature, as with Rank Up Dragon; this game is bright, colourful and a nice addition to the lengthy list of oriental slots.