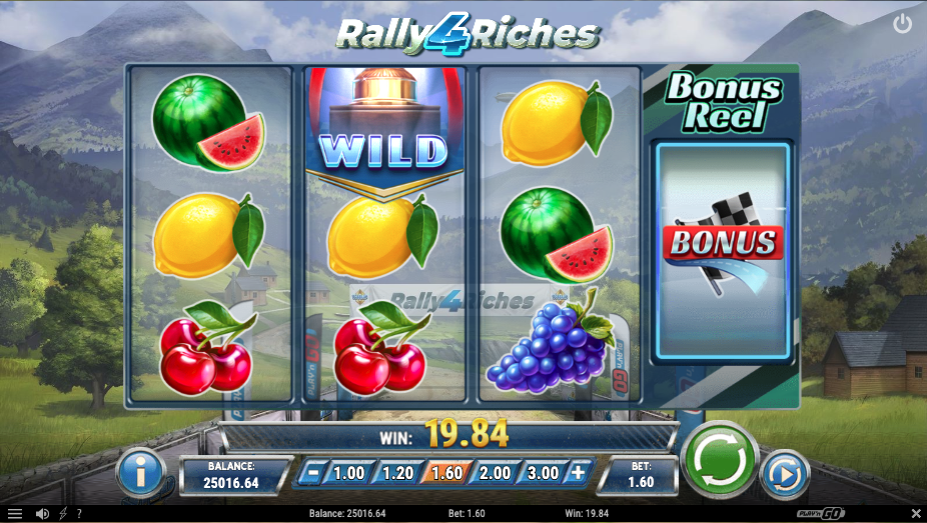 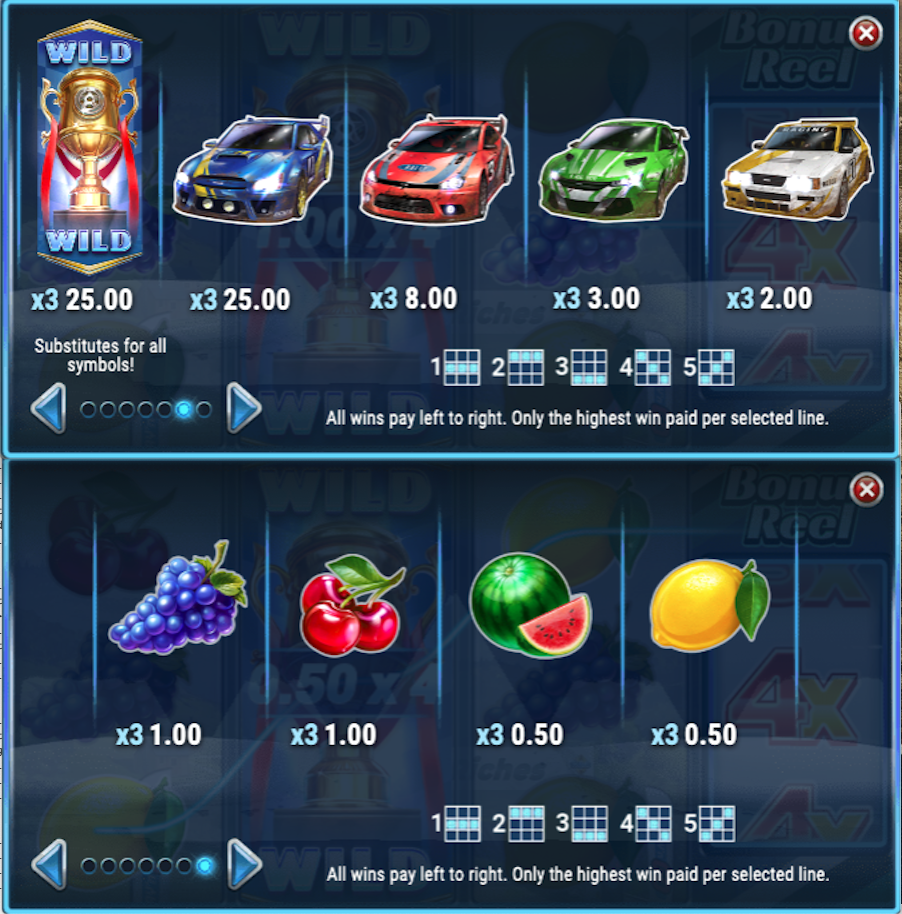 The gravel, the glamour and the insane high speeds of rally cars are the inspiration for this online slot from Play N Go – it’s called Rally 4 Riches and behind its three reels lie several themed bonus feature and a fourth special reel which should certainly make your day.

Rally 4 Riches is a three reel slot with three rows and five fixed paylines; through those transparent reels there’s a an alpine view of lofty mountains as the road on which we’re racing snakes along the valley floor.

Four rally cars represent the high value symbols and they come in blue, red, green and yellow/white; bunches of grapes, cherries, watermelons and lemons make up the lower values. The wild symbols is a stacked, golden trophy which can fill up a whole reel and which will substitute for all other symbols to help form winning combinations.

You will already have noticed the Bonus Reel on the right hand side of the screen; it spins with each base game spin and if one of its symbolos lands fully in view a special feature is triggered:

Rally 4 Riches does a very good job of bringing rallying to the spinning reels and it also offers a clever way to trigger the various bonus features; have a look at the video above to see how the bonus feature works.