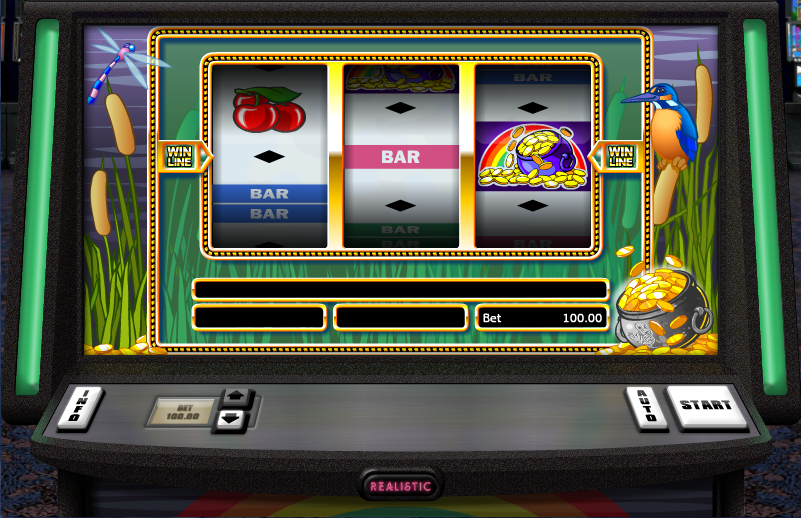 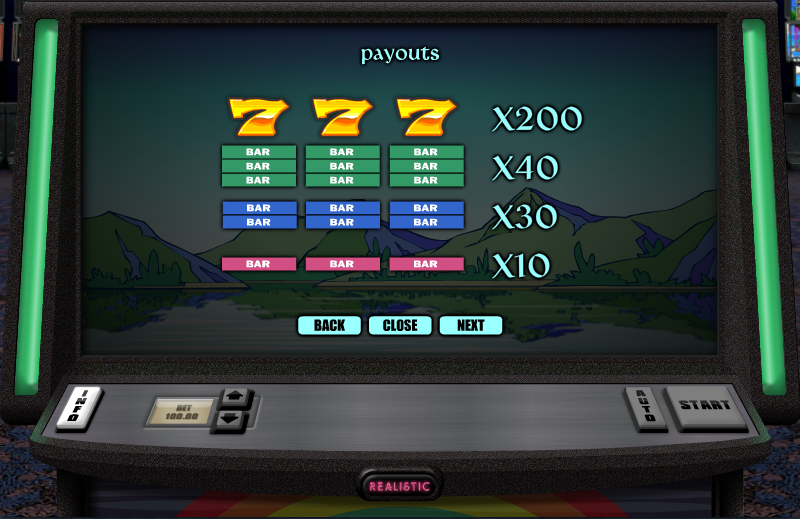 In the past we’ve played a fair few online slots based on rainbows and pots of gold and they’ve mostly been of a pretty high quality. The potential riches implied by the pot of gold at end of the rainbow itself well to slots themes and creative bonus features and in Over The Rainbow we have one more to add to the list, developed by Realistic Games.

Over The Rainbow is a three reel slot with just a single payline and of course there’s an inherent problem in applying a theme to a classic slot. When there are no bonus features, the only connection to the subject is a few symbols and perhaps a nice picture in the background. In this case the background is just a meadow under a dark sky with a bit of wildlife hanging around. A pot of gold sits in the bottom right hand corner.

The symbols are mostly traditional and include cherries, single, double and triple bars and gold sevens but there’s also a nod towards the theme with wild symbols which are represented by pots of gold in front of a rainbow.

One wild contributing to a payline will pay 2x the win and two wilds will pay 4x the win. Cherries act as a sort of scatter symbol and can win with as little as one anywhere on the payline while three mixed bars will pay to 4x your stake.

There’s not much to get to grips with here and the first thing to do is select your stake with the arrow buttons underneath the reels. You can wager from £0.25 to £100 per spin.

Now just press ‘Start’ and away you go. If you’d like to use the Autoplay feature then up to 500 spins are available  on the desktop or 50 on mobile. You can check the paytable out by using the ‘Info’ button in the bottom left hand corner.

Classic slots fans will find plenty to like with Over The Rainbow; it looks as good as you would expect from a Realistic Games slot and the wild symbols are a nice little extra. Worth a look.