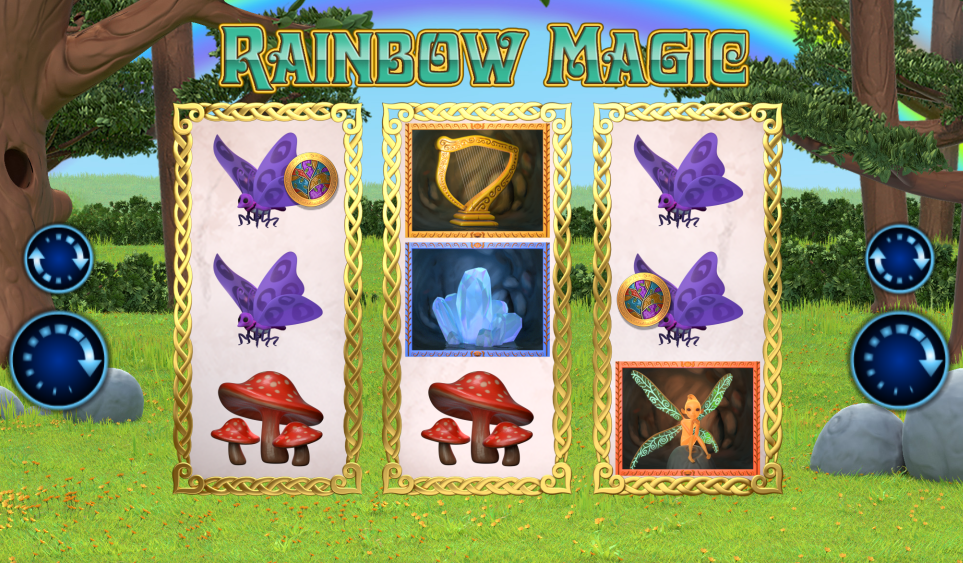 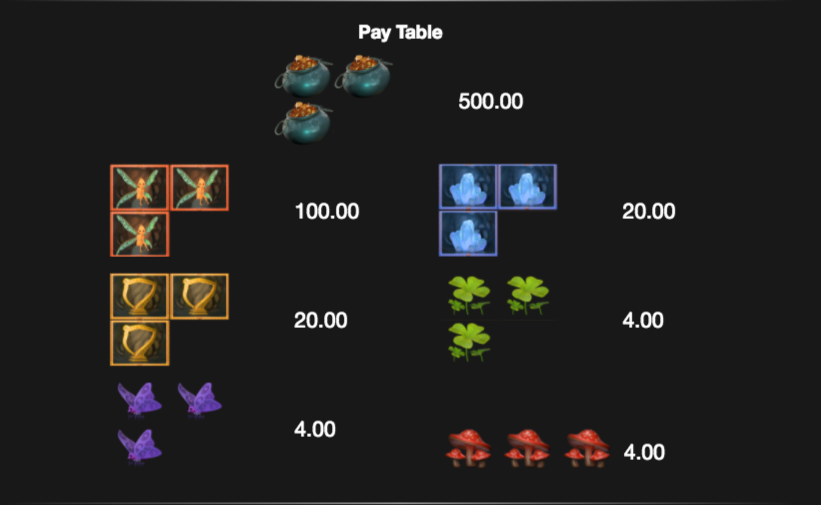 If you’d like to join us on a trip to a fantasy Irish destination then it may be worth your while checking out this online slot machine from Realistic Games; it’s called Rainbow Magic, it celebrates the simpler things in life and you can find out how it all works below.

Rainbow Magic is a three reel slot with three rows and just five fixed paylines; each reel is bordered by Celtic frames which float against a serene backdrop of fields, trees, blue skies and a huge rainbow arching it’s way over the landscape.

All the symbols are related to the reels and include pots of gold, fairies, harps, butterflies, four leaf clovers, crystals and toadstools.

There’s no wild but there’s a small colourful overlay icon (the magic coin) which appears randomly on the standard symbols.

This is triggered by landing three symbols with the magic coins on them on an active payline and for that you will be rewarded with ten free spins plus 4x your stake.

During this round any more magic coins which appear on reel two will double the total amount won in the feature and this can be quite a valuable little extra. Unfortunately it’s not possible to trigger any extra spins from within this round.

As you can see from the relatively brief review, Rainbow Magic is a pretty simple game but it’s not without it’s charms and is certainly worth checking out. The feature is triggered in an interesting way and there are some big wins to had for the luckier players. This game comes with an RTP of 95.25%.