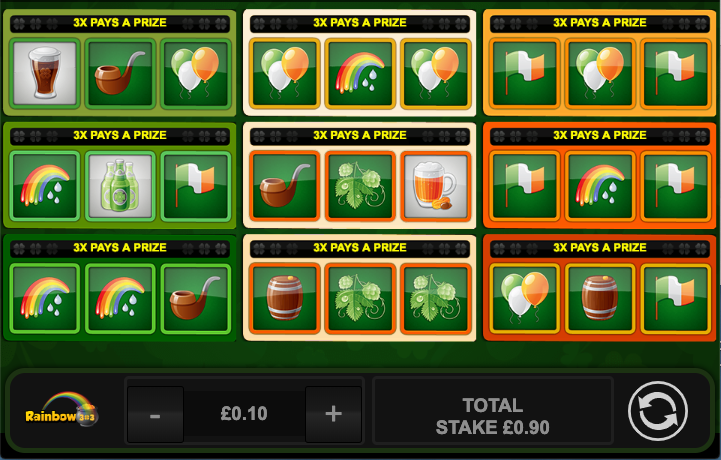 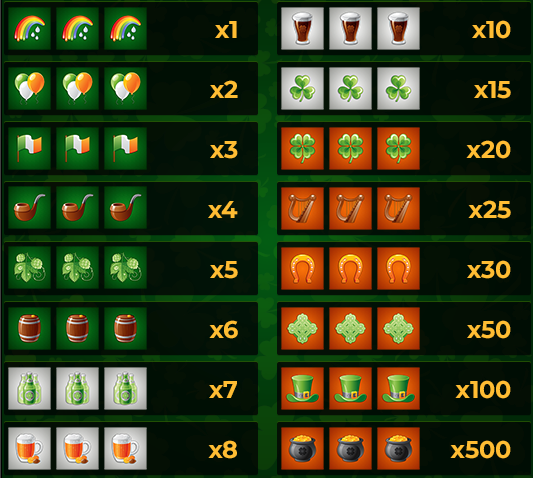 If you’re looking for a something a little different then we may have something which may interest you here; alternatively if you’ve played Fruity 3×3 from 1×2 Gaming then you’ll already know what’s in store with Rainbow 3×3, this online slot with multiple reel sets and variable multipliers for your wins.

The gameplay in Rainbow 3×3 takes place on the set of reels you can see above and it comes with an Irish theme complete with plenty of green and a jaunty soundtrack.

There are no wild or special symbols in Rainbow 3×3 but there is a bit of variation in the gameplay because each row only contains symbols up to a certain value as follows:

That’s all there is to say about Rainbow 3×3 so the only thing left to do is set your stake between £0.90 and £45.00 and watch the reels as the vast number of stereotypical symbols do their thing!

Rainbow 3×3 is pretty much the same slot as Fruity 3×3 except for the different symbols so if you enjoyed that then you’ll like this slot for sure; there’s nothing in the way of bonus features but for some that’s no problem – the enjoyment is in the simplicity.