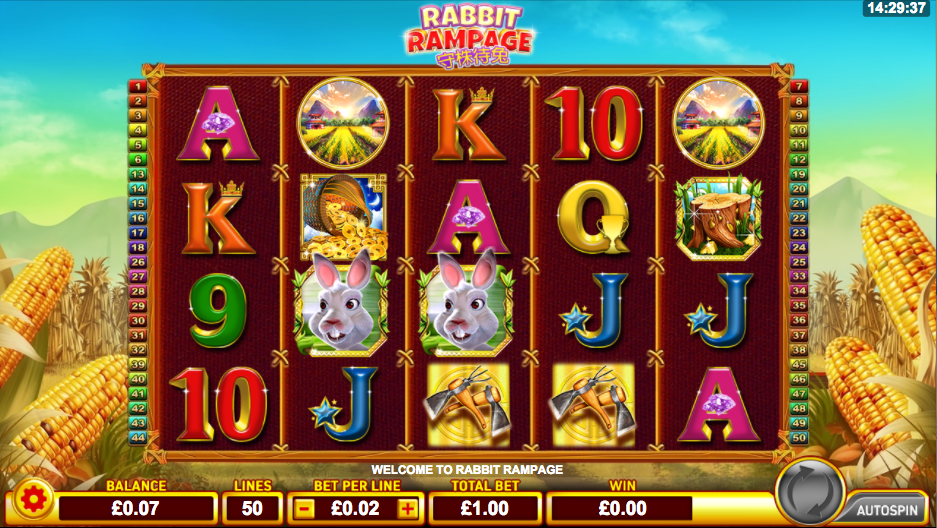 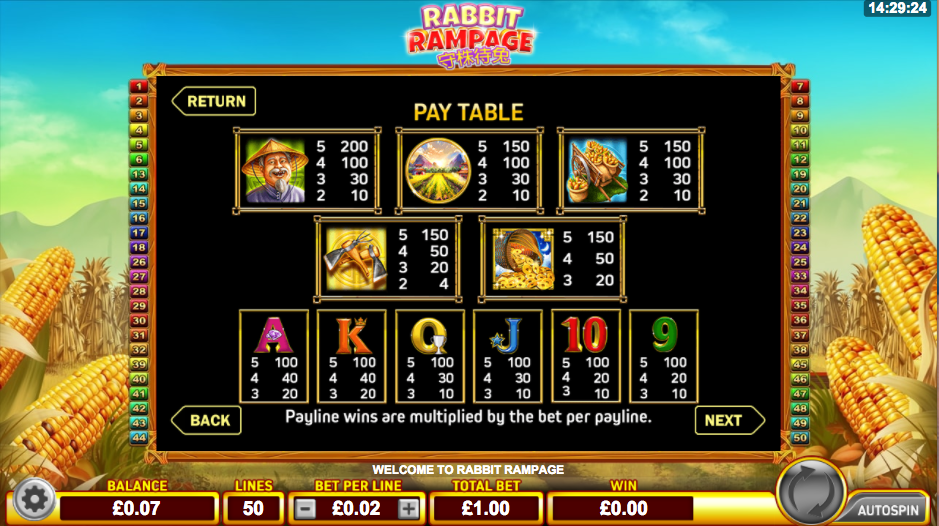 Sometimes it’s a bit tricky to accurately nail down the theme of an online slot machine and Rabbit Rampage is a good example of that; it’s developed by Aspect Gaming and while there’s certainly a rabbit involved, there’s also some weaponry, some gold and some views of a Chinese landscape – find out more below.

Rabbit Rampage is a five reel slot with four rows and fifty fixed paylines; those reels are framed by pieces of wood tied together and the background features fields of corn baking under the sun against a background of high hills.

The high value symbols include a laughing Chinese chap, a view of a cornfield, bags of corn, a pair of axes and a spilled bucket of gold coins; 9, 10, J, Q, K and A make up the lower values.

The wild symbol is a tree stump which appears only on reels two, three, four and five and it replaces all others to form winning combos except for the rabbit scatter icon.

This is triggered by landing three of the rabbit scatter symbols anywhere on reels one, two and three for which you will receive ten free spins.

During this round the spins can be retriggered in the same manner but you’ll only get five more spins and the maximum number awarded is fifteen. The good news is that any wild symbols will remain in place once they land until the feature ends.

Rabbit Rampage does exactly what it says on the tin and it’s a perfectly playable slot with some nice graphics, a decent feature and an impenetrable storyline so give it a go. It comes with an RTP of 94.24%.