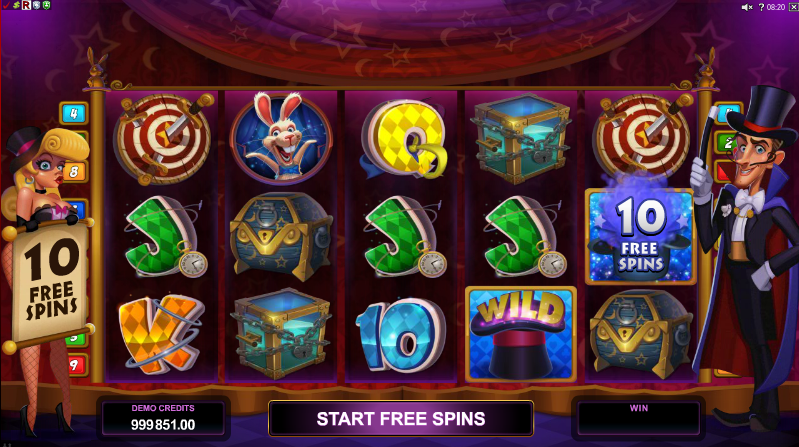 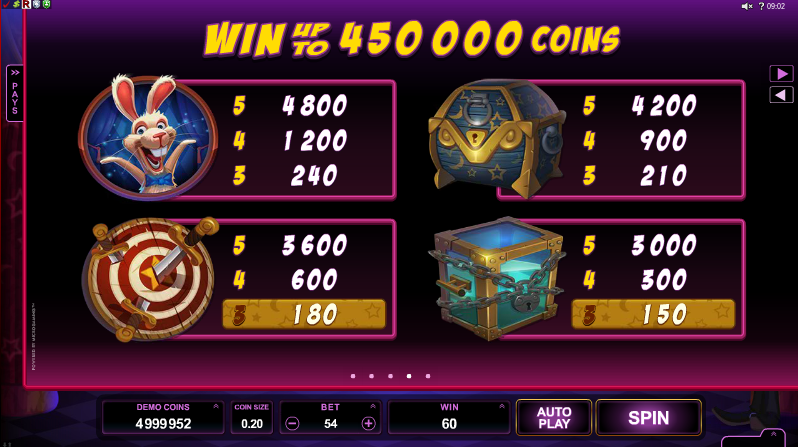 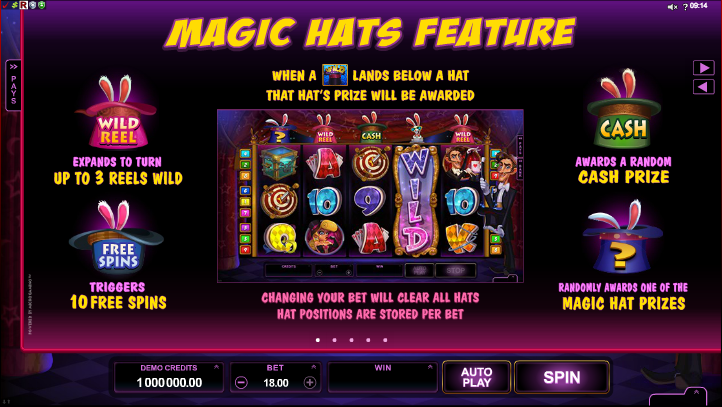 Brand new from Microgaming is this entertaining magic-themed online slot which adds a neat twist to the bonus feature. In these days of street magicians such as Dynamo and Troy, Rabbit In The Hat is a journey back to a simpler time of illusion and trickery and there’s nothing wrong with that but is it worth playing? Read on to find out.

Rabbit In The Hat is a five reel slot with three rows and just nine fixed paylines; it’s a colourful affair set in front of an ornate stage and the magician himself loiters on the right hand side, waiting for his chance to brandish his wand.

There are six high value symbols – the magician, the beautiful assistant, the magician’s trunk, a locked chest, a pink rabbit and a knife-throwing target; 9, 10, J, Q, K and A represent the lower values.

The wild symbol is represented by the magician’s hat and substitutes for all other symbols; it will earn a huge 10000x your line stake for five on an active payline.

The bonus feature in Rabbit In The Hat is all based around the random appearance of hats above the reels. There are four different hats and when one appears it will be above reel five; with each spin it will move one place to the left until it drops off the reels. If a magic hat appears above a reel containing a wild symbol the feature will be triggered:

The Magic Hat feature makes you feel as though you are always on the verge of triggering something and it’s fair to say that the money is made during those features rather than in the base game. It’s all good fun though and certainly worth checking out. It has an RTP of 96.61%.