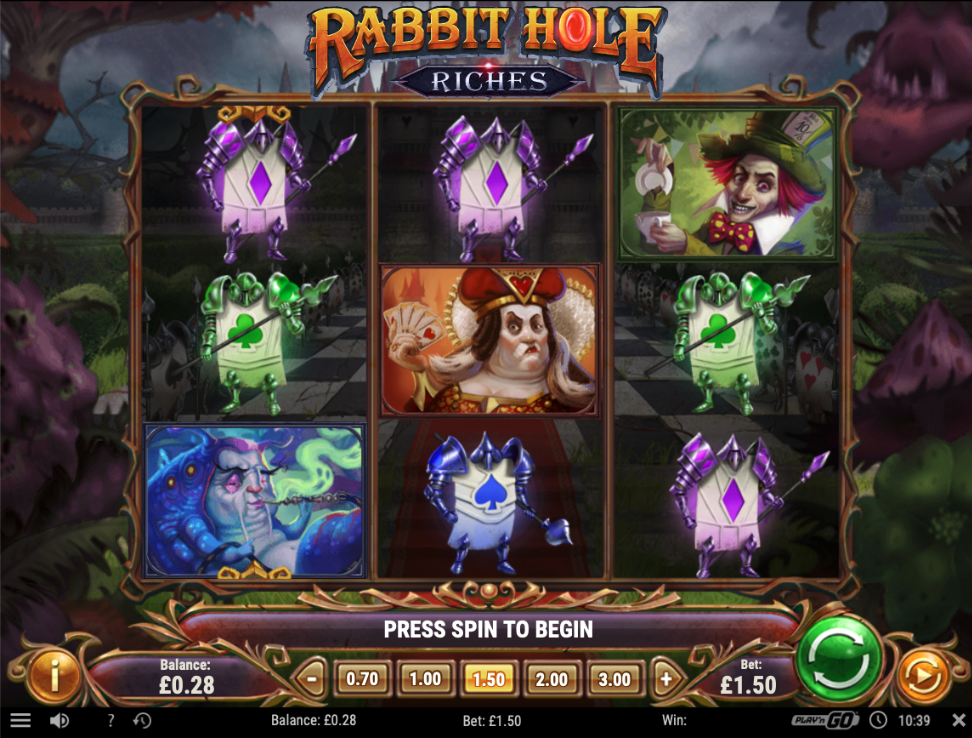 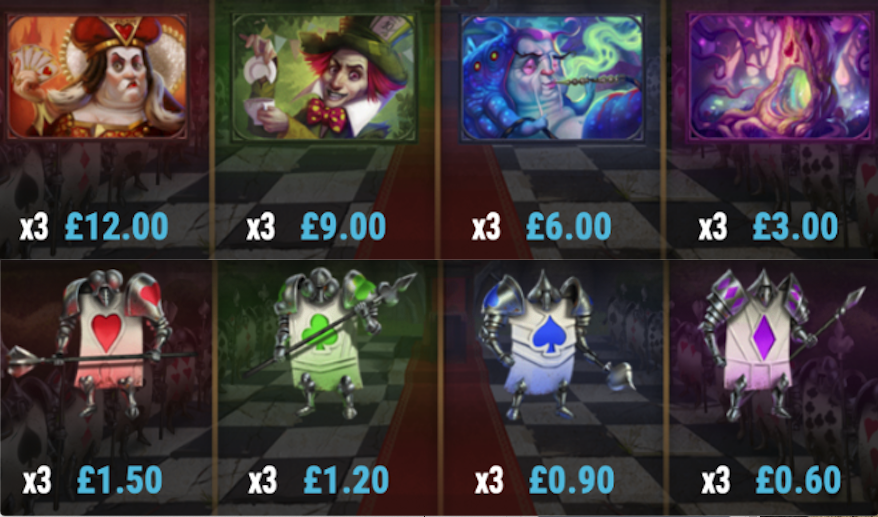 Alice’s Adventures in Wonderland is not only Lewis Carroll’s best know novel, it’s also been the inspiration for a fair number of online slot machines; here we have one more called Rabbit Hole Riches, a game developed by Play N Go with just three reels but plenty of bonus features.

Rabbit Hole Riches is a three reel slot with three rows and five fixed paylines; the famous chess board is visible behind those reels surrounded by the strange plants and buildings of Carroll’s fantasy creation.

High value symbols include characters from the story such as The Duchess, The Mad Hatter and The Caterpillar while the lower values are playing card soldiers from the Queen’s army; the regular wild is surrounded by gold and it will replace all standard symbols to help make winning matches. The pink pocket watch which overlays other symbols is the scatter.

Landing three of the pocket watch overlay scatter symbols anywhere in view will kick this feature off and you’ll receive one of four randomly-selected prizes:

On any base game spin the rabbit may cavort across and place two scatter symbols on the reels, giving a better chance to trigger the Rabbit Hole Bonus.

Rabbit Hole Riches is another enjoyable tribute to Lewis Carroll’s fantasy classic and those three reels hide some clever bonus features behind their colourful design. The only downside is a slightly low RTP of 94.70%.