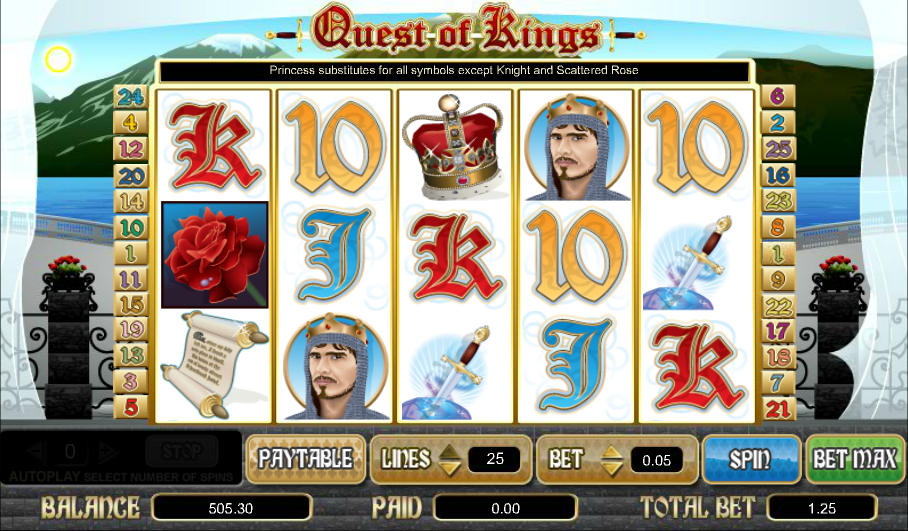 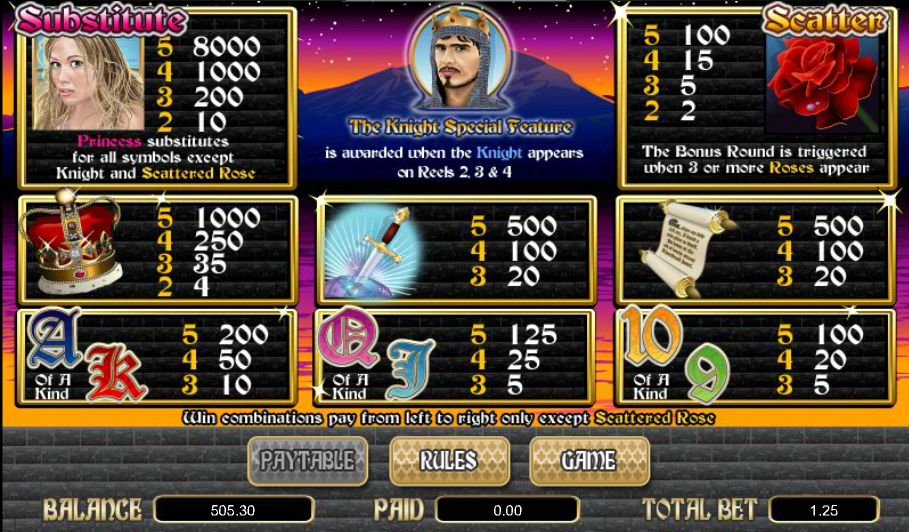 It’s time to take a trip back to the grim era of the Middle Ages as we check out this online slot from NextGen Gaming; it may look a little dated now but that doesn’t mean we shouldn’t try it. It’s called Quest Of Kings and it comes with some dramatic music and two separate bonus features revolving around the princess – read all about it below.

Quest Of Kings is a five reel slot with three rows and up to twenty five paylines; those reels are set against a backdrop which looks less like the Middle Ages and more like the terrace of a smart hotel on Lake Geneva.

There are just three high value symbols – the crown, the sword and the scroll – along with 9, 10, J, Q, K and A to make up the lower values.

The princess (has she just stepped out of the shower?) is the wild and she substitutes for all others except the knight and and rose bonus icons which activate the two features.

This is triggered by landing three of the knight symbols anywhere on reels two, three and four; now each of those knights will change into the the princess, becoming wild. Any wins will now be reevaluated with the wilds in place for (hopefully) some big wins.

Trigger this mini-game by landing three or more of the rose scatter symbols anywhere in view; you will now be faced with a screen displaying five towers and you get to pick three in an attempt to track down the princess. A random selection of cash prizes are awarded if you find her but if you don’t you’ll receive a small consolation prize anyway.

Quest Of Kings is probably too outdated for most of us now but it’s certainly fast-moving and keeps things ticking over nicely. There’s an RTP of 93.95% and an added bonus is that the princess winks at you if she contributes to a winning combo.