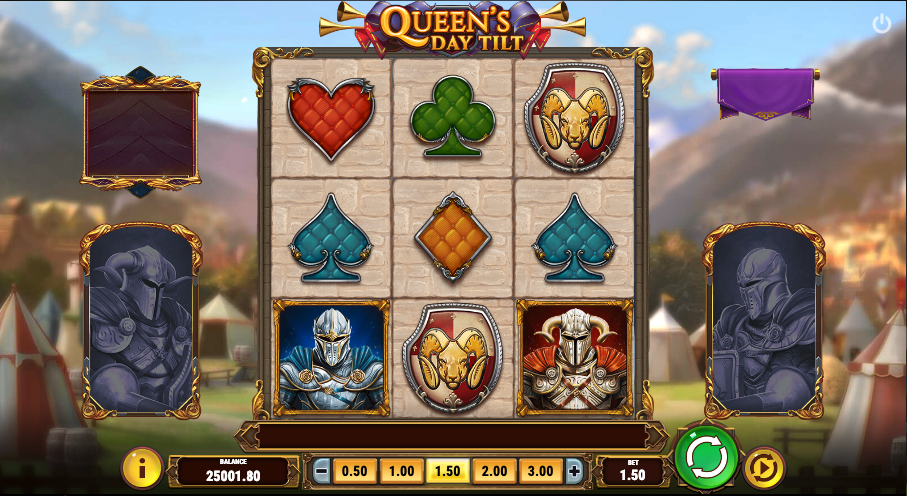 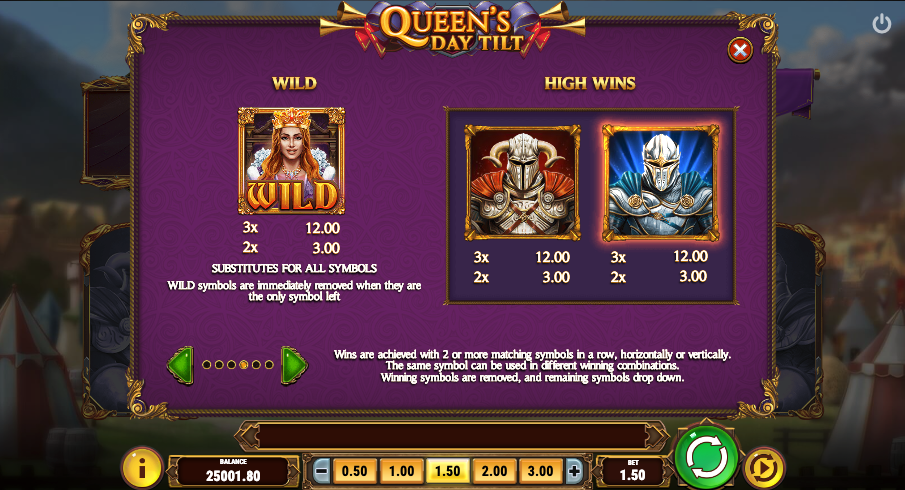 It’s a nice day for a jousting competition so come with us as we check out Queen’s Day Tilt, an online slot machine from Play N Go with some arcade-style gameplay and enough bonus features to satisfy a royal feast.

Queen’s Day Tilt plays out on a 3×3 grid as you can see from the screenshot above; symbols fall in from above and the aim is to form matching combos of at least two symbols horizontally or vertically – they will then disappear from view and the spaces filled by those above. No extra symbols appear on the reels.

Behind the reels there’s an encampment of some sort in front of a castle hidden in a valley under a sunny, blue sky – it’s a perfect day for the violence/entertainment about to happen.

The higher value symbols are the red knight, the blue knight, the lion shield, the flower shield and the ram shield; playing card symbols in blue, red, orange and green make up the lower values.

The queen is wild and she will substitute for all other symbols to form winning combinations.

The following mini-features can occur randomly:

The Ruler is triggered on every non-winning spin and Tilt whenever just one symbols is left.

Trigger this by landing winning combos with both knights on the same spin; you’ll receive one free spin with only knight symbols on the reels so pick one to win the most money and at the end of the round if you’re correct you’ll receive a retrigger, a 2x multiplier fo your win or an end to the round.

There’s plenty to like about Queen’s Day Tilt aside from an oddly attractive title – there’s plenty going on on the reels including several clever bonus features which hit fairly regularly and an appropriately mediaeval soundtrack.