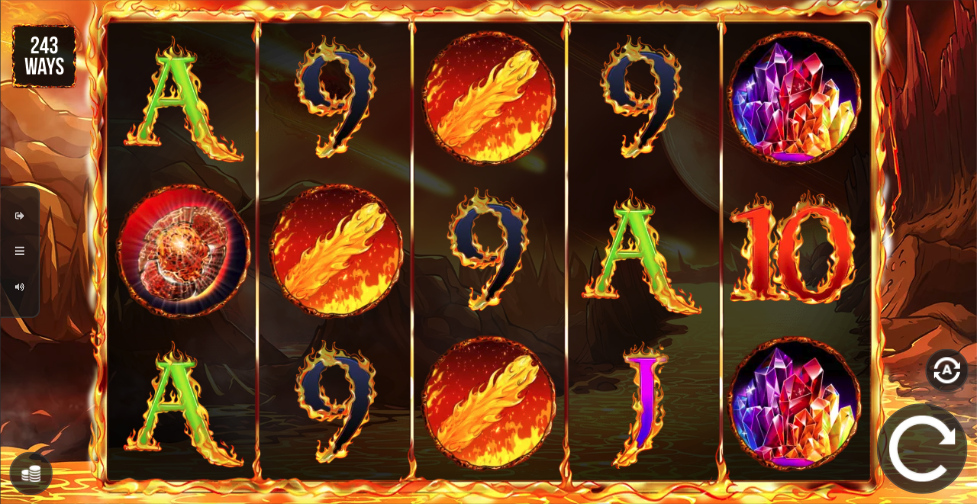 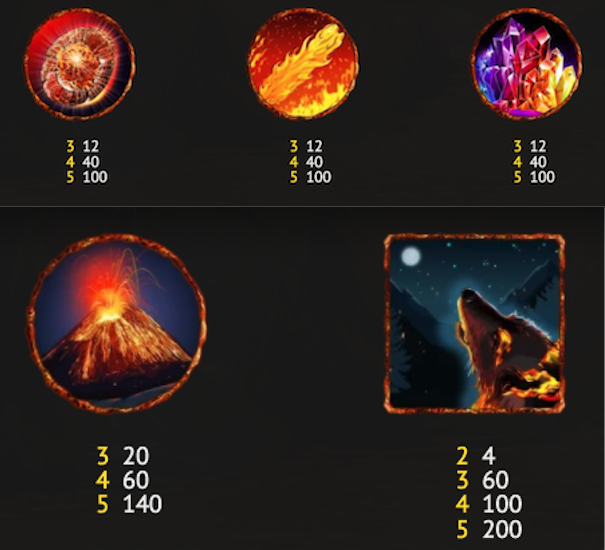 Join us now as we head into the searing heat of a volcano in the company of Queen of Embers, this online slot machine from 1×2 Gaming; it’s part of their ‘classic’ series of games and it tempts players with stacked wild symbols and plenty of themed free spins.

Queen of Embers is a five reel slot with three rows and two hundred and forty three ways to win; those reels are surrounded by flames and they float on a river of molten material flowing through some sulphur-filled cave.

High value symbols include the wolf howling at the moon, the erupting volcano, the crystals, the flaming sword and the jewel; 9, 10, J, Q, K and A represent the lower values. The tiger is both the wild and s scatter and it will replace all standard symbols to help form winning combos; the Queen of Embers is the second scatter symbol.

Landing three, four or five of the Queen scatter symbols anywhere in view will award 8, 12 or 16 free spins respectively; if you can manage the same again during this round you’ll receive an extra 4, 6 or 8 free spins. There are no extra enhancements during this feature.

This is the wild tiger’s extra feature and it’s triggered by landing three, four or five of these wild symbols anywhere in view; manage that and the next spin will add 65, 70 or 75 stacked wilds respectively to reels two to five.

Queen of Embers is a perfectly playable slot with two entertaining bonus features which should also prove profitable for the luckier players; it comes with an RTP of 96.02% and a bet per spin of £0.20 to £20.00.