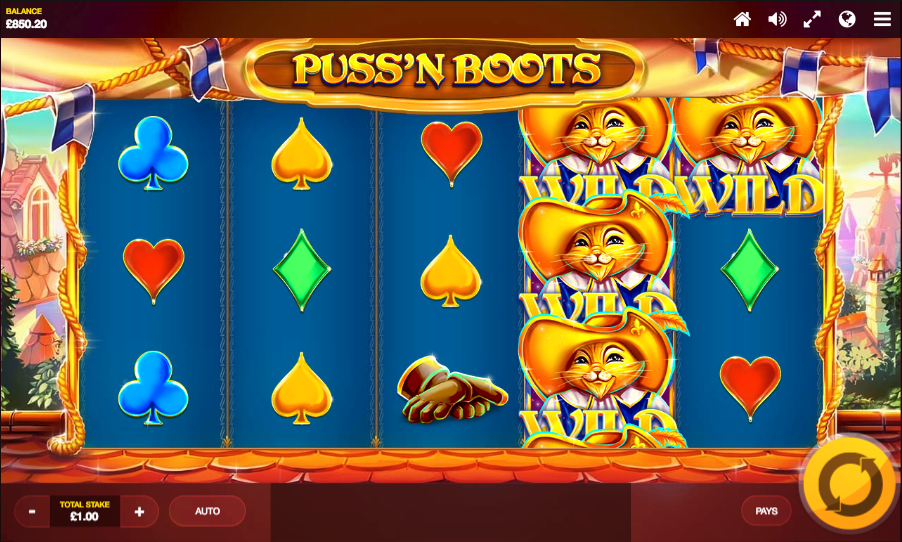 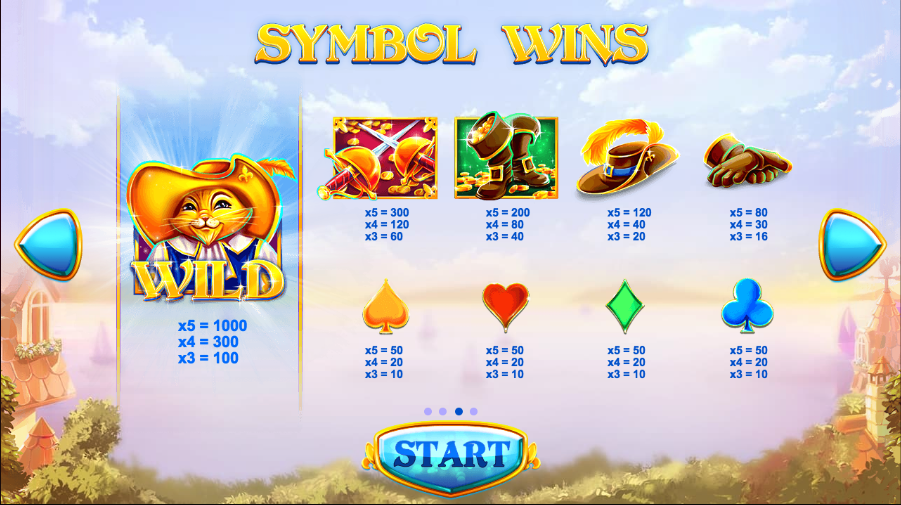 Puss in Boots is the centuries-old tale of a scheming cat trying to find a fortune and a princess for his poverty-stricken master; it’s now also with us as an online slot machine from Red Tiger Gaming called Puss ‘N Boots featuring several themed bonus games.

Puss ‘N Boots is a five reel slot with three rows and twenty fixed paylines; those reels are supported by golden ropes and shaded by canvas on the rooftops of this fictional city.

The higher value symbols include some crossed swords, gold-filled boots, the cat’s feathered hat and his gloves; playing card symbols in orange, red, green and blue represent the lower values.

The cat is wild and he will replace all others to help form winning combinations except for the Free Spins bonus symbol.

At any time in the base game or free spins one of the following features may be awarded at random:

This is triggered by landing at least three of the Free Spins bonus symbols anywhere in view; you will now receive the allocated number of spins with one of the Puss Awards guaranteed on each spin.

Those familiar with Red Tiger slots will recognise the layout and design of Puss ‘N Boots but this game comes with it’s own identity, backstory and enough features to differentiate it from others; it’s a bit tricky to trigger the free spins but the Puss Awards hit regularly enough and it comes with an RTP of 95.17%.